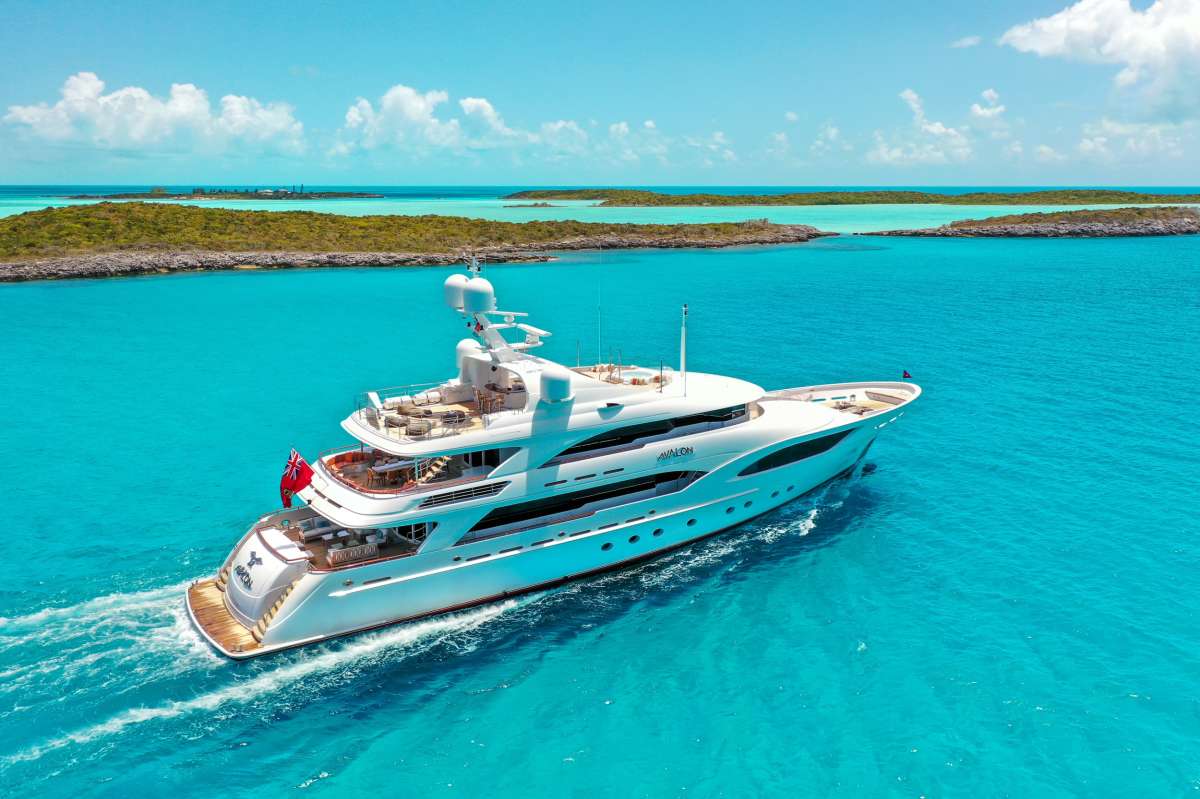 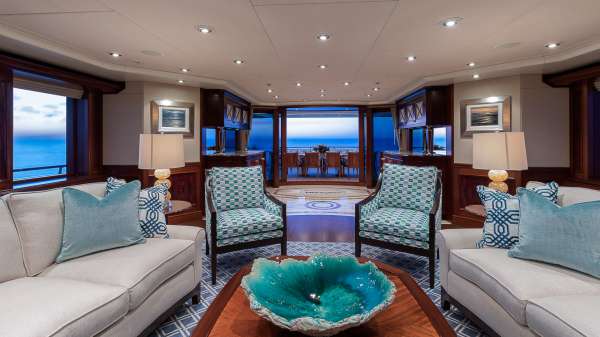 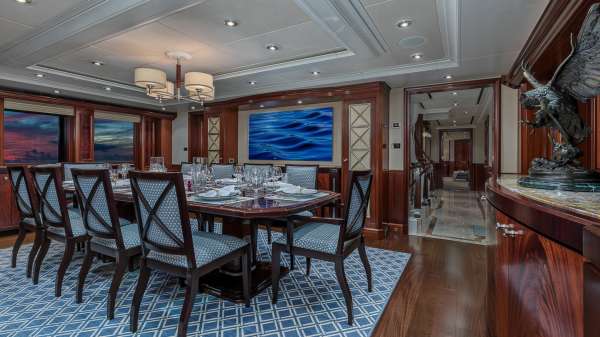 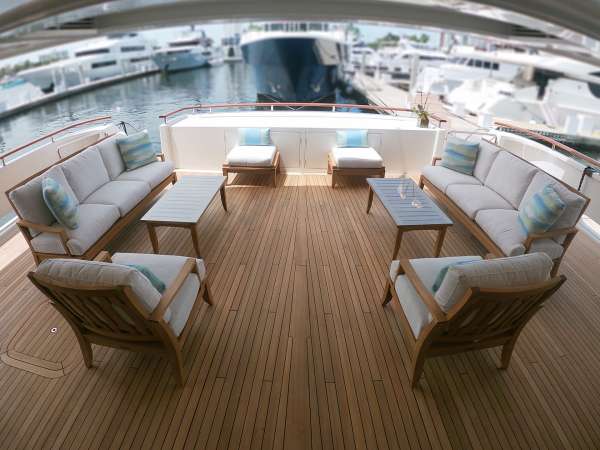 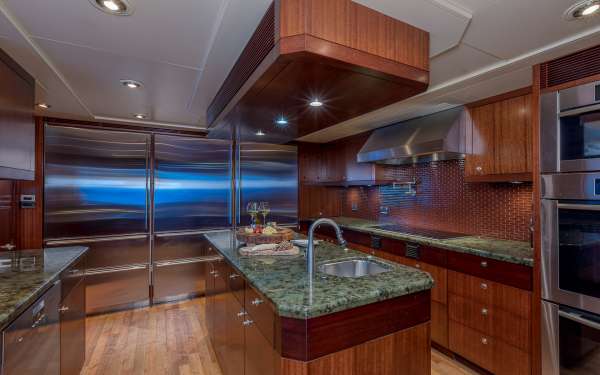 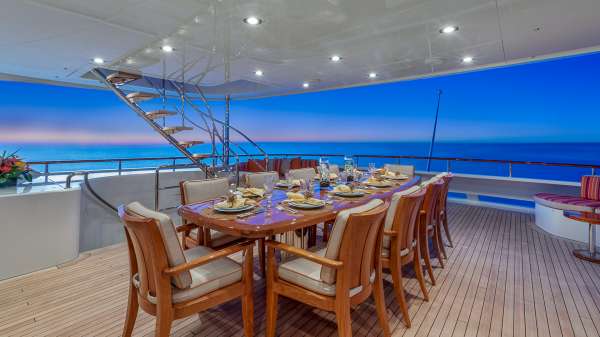 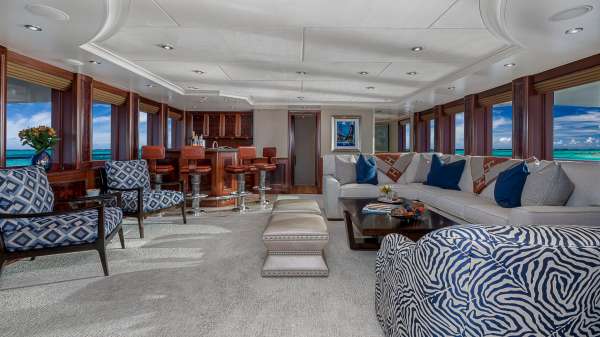 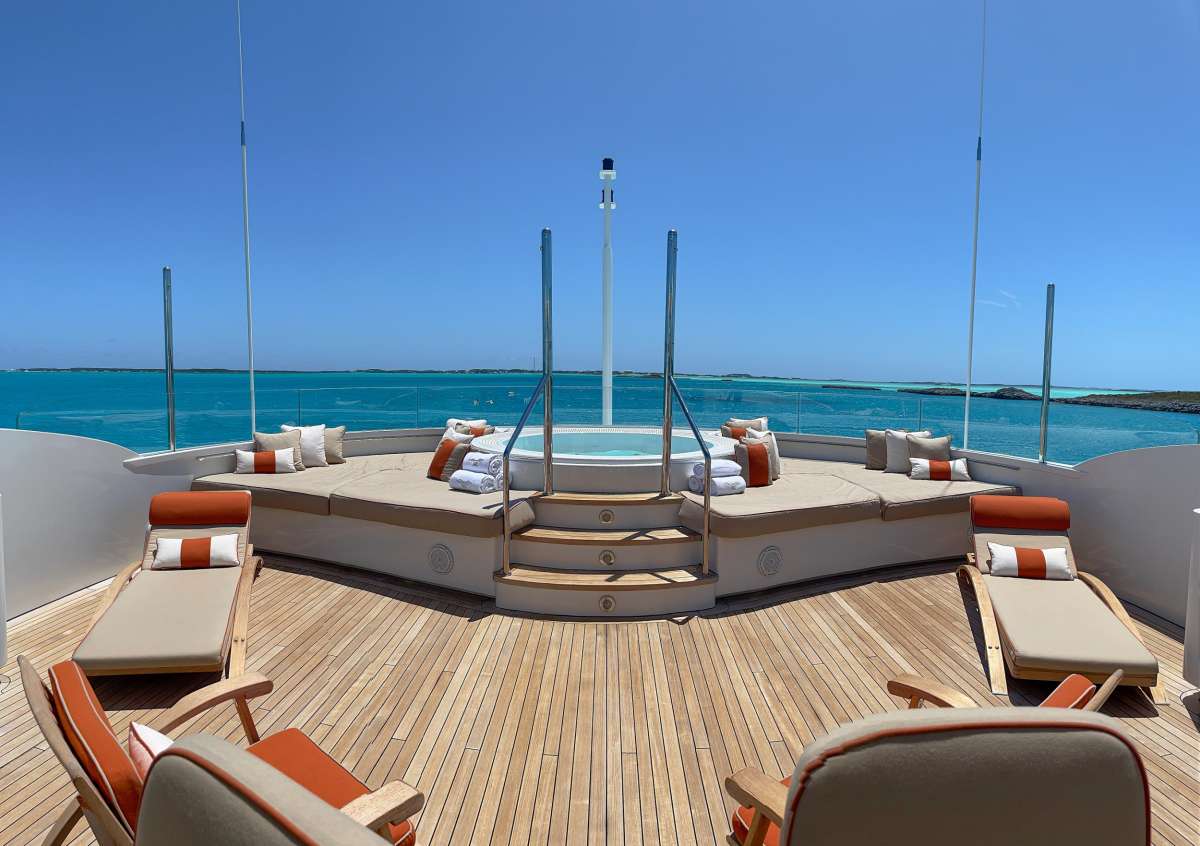 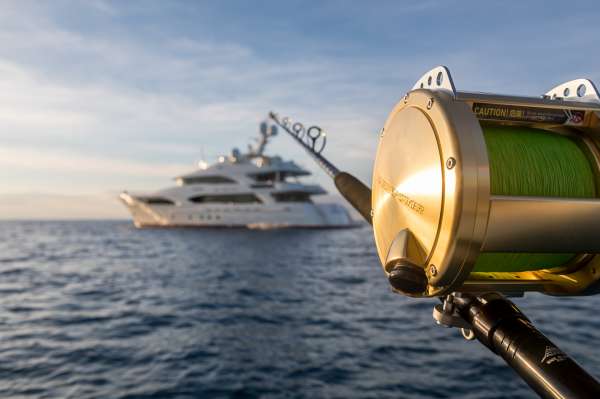 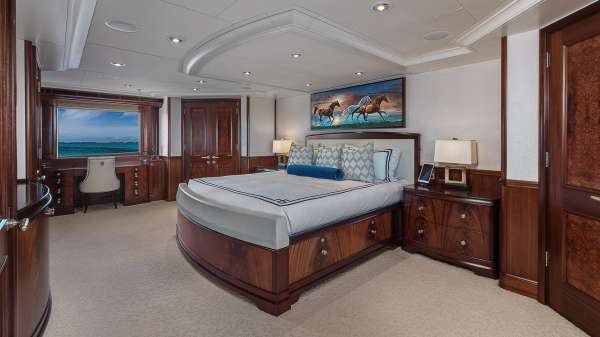 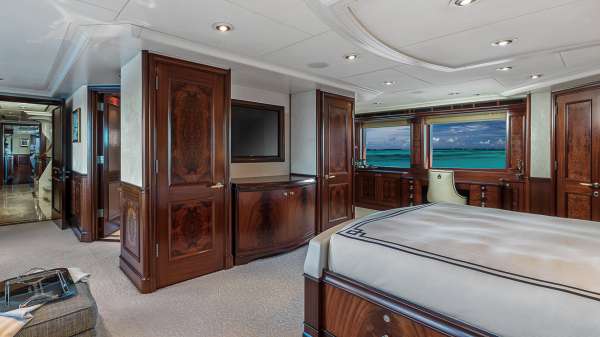 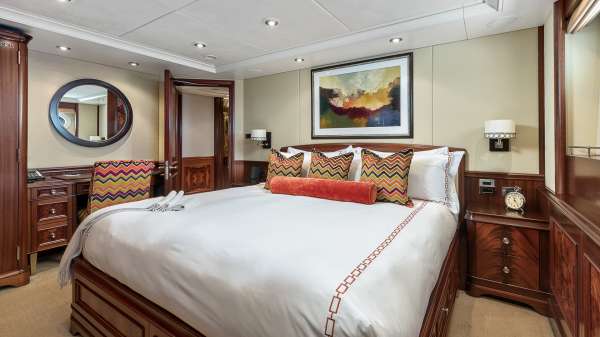 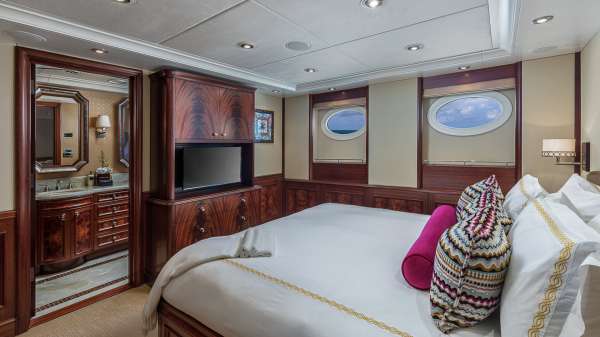 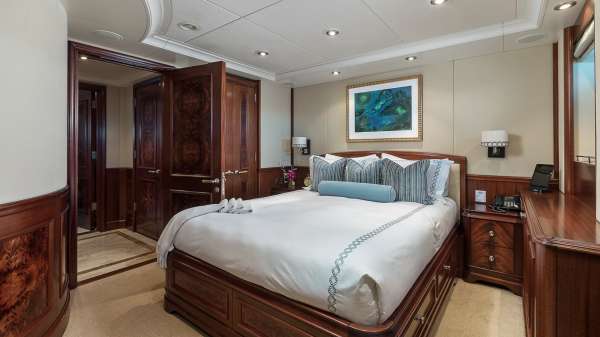 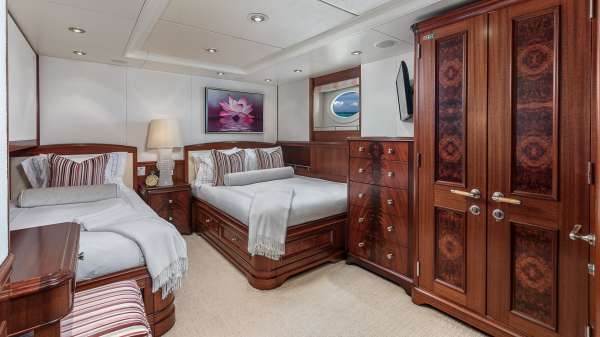 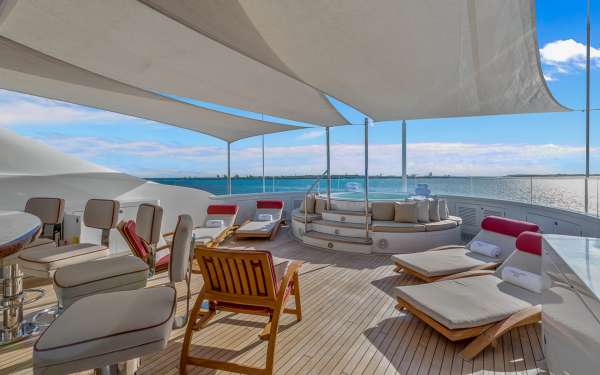 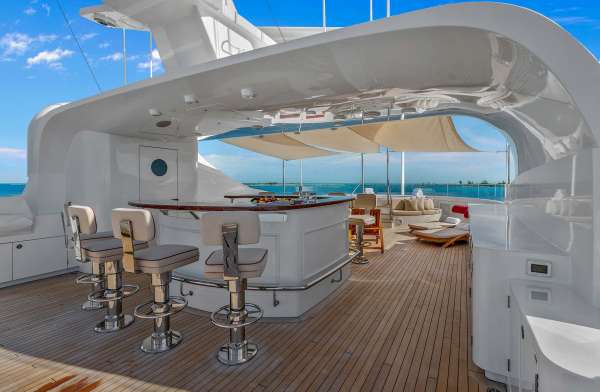 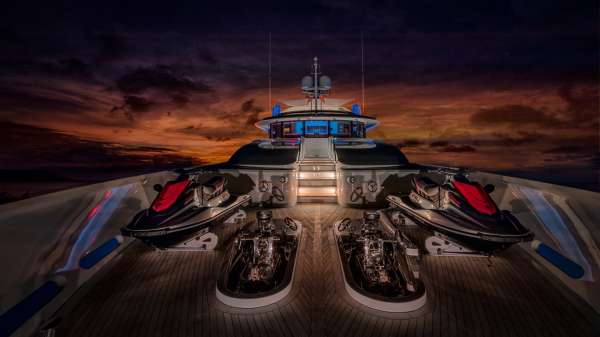 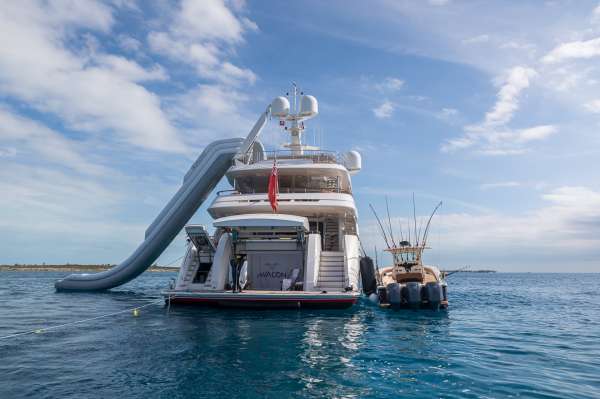 Captain – Jesse Clinton, USA
Jesse is originally from Savannah, Georgia, where at a very young age, he was introduced to a variety of boats and ships. At age 10, he saw a newly built Feadship on the
riverfront that had just left the yard. It was at that moment he knew he was going to make a career as a yacht captain. As a teenager, Jesse completed high school while sailing the east coast of the United States with his family aboard their 150-foot Class A Barquentine. That experience inspired him to work in the tall ship circuit and later teach youth transitional sailing and Marlinspike Seamanship. At age 18 he moved to Florida, earned his Captain's license and set out on his professional yachting career. Jesse has spent the past 7 years crewing on sailing yachts and busy charter motor yachts cruising the Caribbean, Bahamas and the U.S. east coast. He quickly worked his way up in the yachting industry and took over command of Avalon in the Fall of 2019. Jesse is a natural on the ocean and an avid waterman. He takes great care to ensure every day on the water is exceptional. Combining the utmost level in service along with local knowledge and safety at sea, he ensures all guests have an unforgettable vacation onboard Avalon.

First Officer- Joel Monteith, Australia
Joel has been working in the yachting industry for a little over 6 years. He has been fortunate enough to find a perfect blend of being surrounded by the ocean and challenging himself professionally. Prior to yachting he has had over 20 years in hospitality starting with 10 years as a chef where he worked and travelled through Australia and England. He brings the core values of what he has learned over to his career in yachting. His love for surfing started from a young age growing up on the East Coast of Australia, learning at the age of 10. This ultimately led him to a life of being around the ocean. In the recent years he has found Sailing and since bought part ownership of an 87 year old Scottish fishing vessel turned Sail Yacht. It has allowed his adventurous nature to travel. He feels privileged to have joined as the Chief Officer of Avalon.

Chef - Wayne Dominico Gallo, South African/British
Wayne is South African by birth with ancestral roots in the UK and Italy. He grew up in Durban, KwaZulu Natal on the east coast of South Africa, where he first began his culinary journey in the restaurant business. He then moved to the UK in 1991, and continued on his culinary adventure. Yachting was a great combination for him after having worked and managed many restaurants in South Africa, UK and the Caribbean. Wayne joined the high seas working on yachts in 2010 and has never looked back. Creativity is a specialty of his, and he is happy to conjure up anything your palate desires while catering to specific dietary requirements. With his mixed culture background you will find a fusion cuisine combining local ingredients with exotic flavors. From hors d'oeuvres to a formal dinner to a midnight snack, his culinary delights will tantalize even the most discerning taste buds. In his free time he enjoys water-sports.

Stewardess – Kayley Rawlings, South Africa
Kayley Rawlins is a 28 year old stewardess/masseuse. She grew up in South Africa on a small farm and always held a fondness to travel since she was young. After a year of studying beauty therapy and massage she started her career on the water on a cruise ship. It felt like a natural progression to move into the super yachting industry where she was able to mix her passion for travel and massage. For the past 6 years she have been lucky enough to travel the world while experiencing so many amazing moments and meeting fantastic people along the way! She really enjoys running, baking, the ocean and being social with friends and family.

Bosun – Danny Paunovic, Serbia
Danny has a strong commitment to upholding and delivering high customer service and satisfaction. This stems from his career experience as Recreation Staff on Disney's private island. He is also an ex professional athlete with experience in coaching swimming and is used to working hard to achieve his goals. He has achieved and surpassed all required organizational targets and he has managed pre and post operational procedures in order to create a safe environment for both guests and crew members. He has worked with Nationalities from all over the globe and has experience with interacting and working with contractors and crew members. He has represented Serbia in an ultra marathon swimming in World Cups and the Grand Prix series. He has also taken part in training paraplegic athletes for the World Cup in a triathlon in New Zealand. In his downtime Danny loves to swim, dive, do water sports and hang out with friends.

Deckhand – Chante Hapelt, South Africa
Chante is from South Africa. Her love for sports led her to start traveling at a very young age. She grew up spending holidays at the beach and weekends with friends at the lake. After completing her marketing degree at the University of the Free State, she decided to combine her love for travel and the ocean by starting her yachting career in 2017. Since then she has worked in the Med as well as the States. Chante enjoys taking on new challenges and knows this will benefit her career. In her free time she enjoys hiking, running and being in and around the ocean.