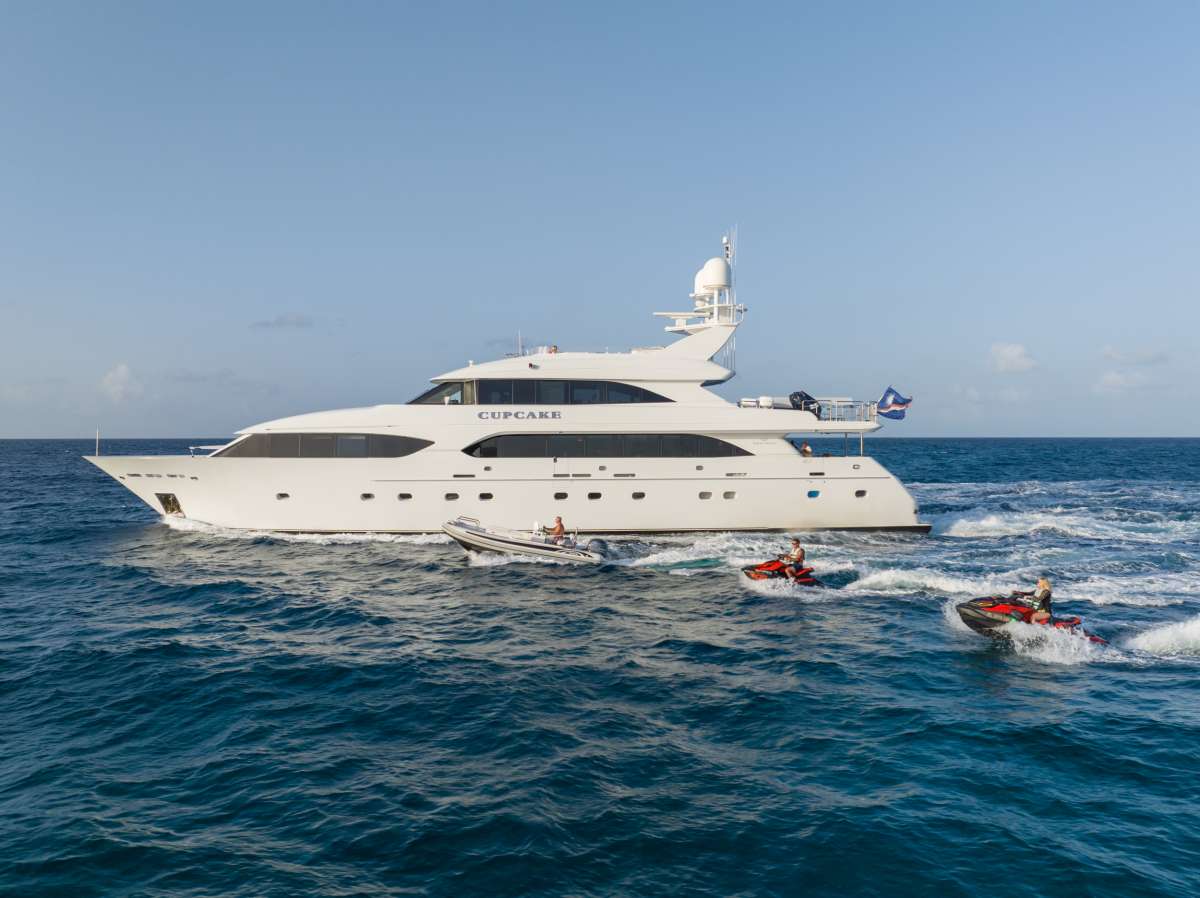 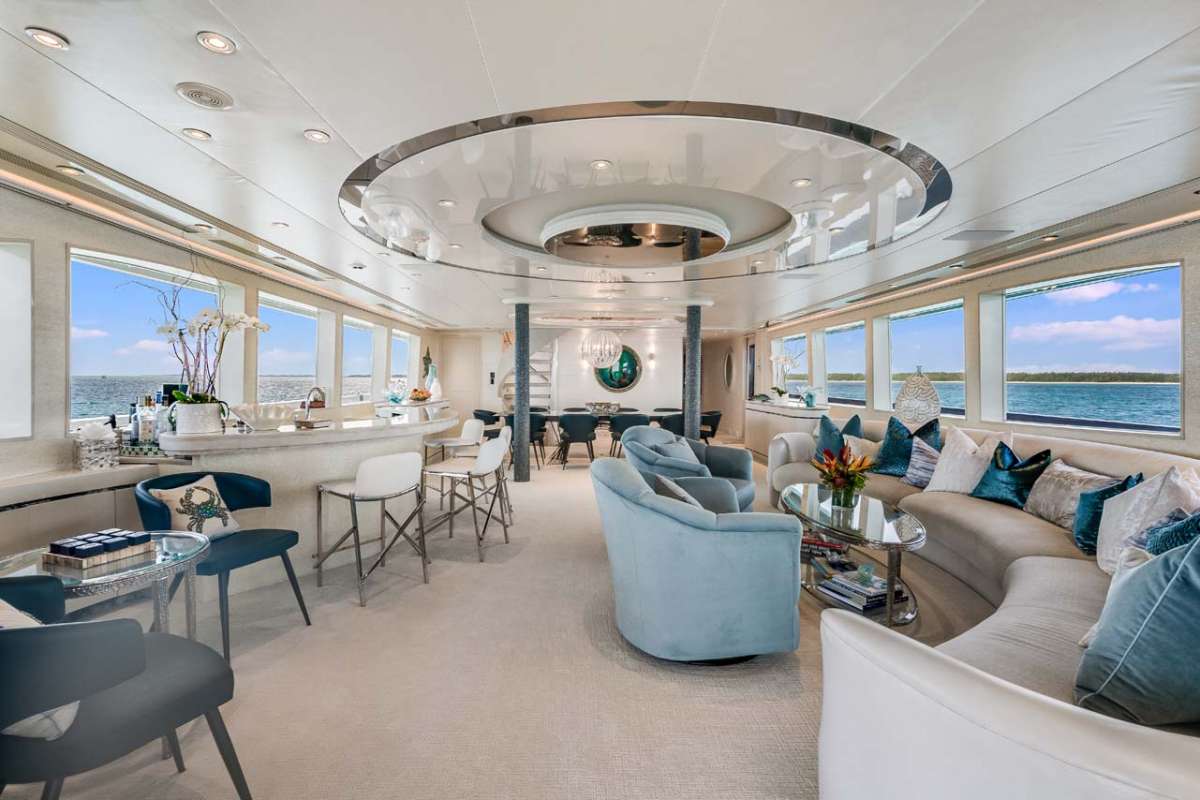 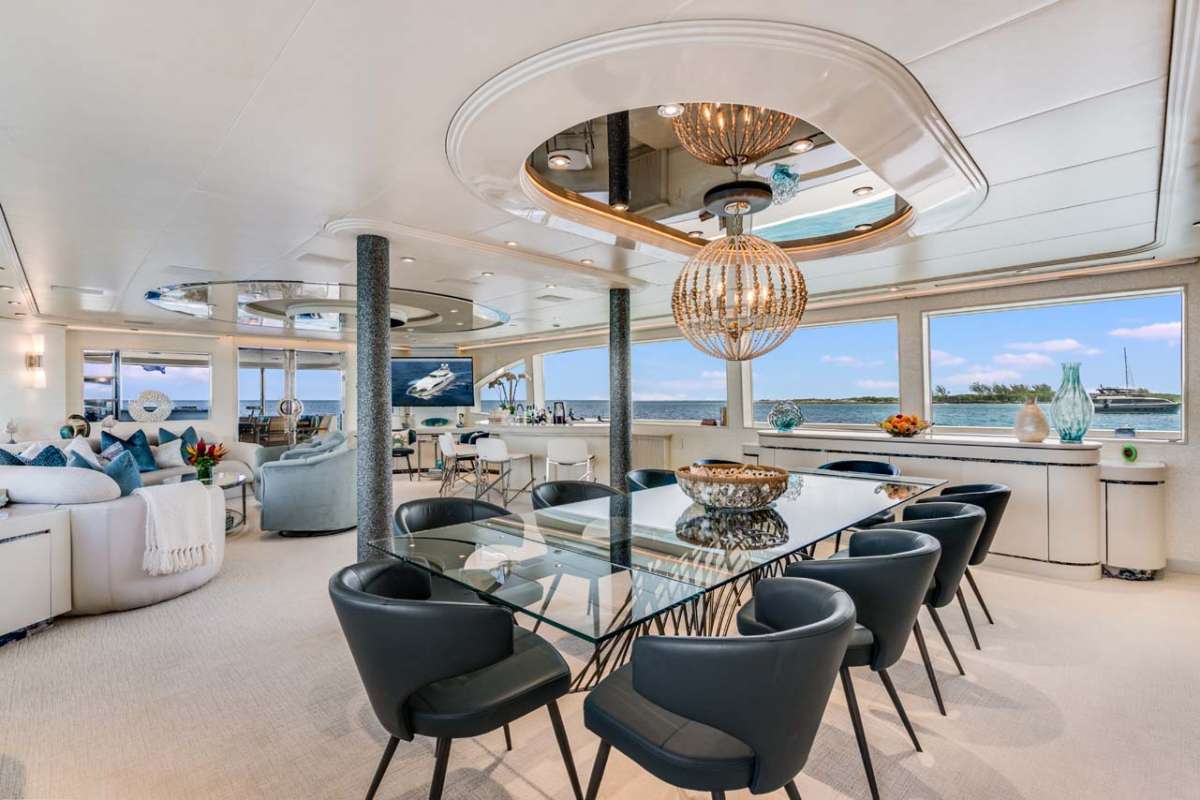 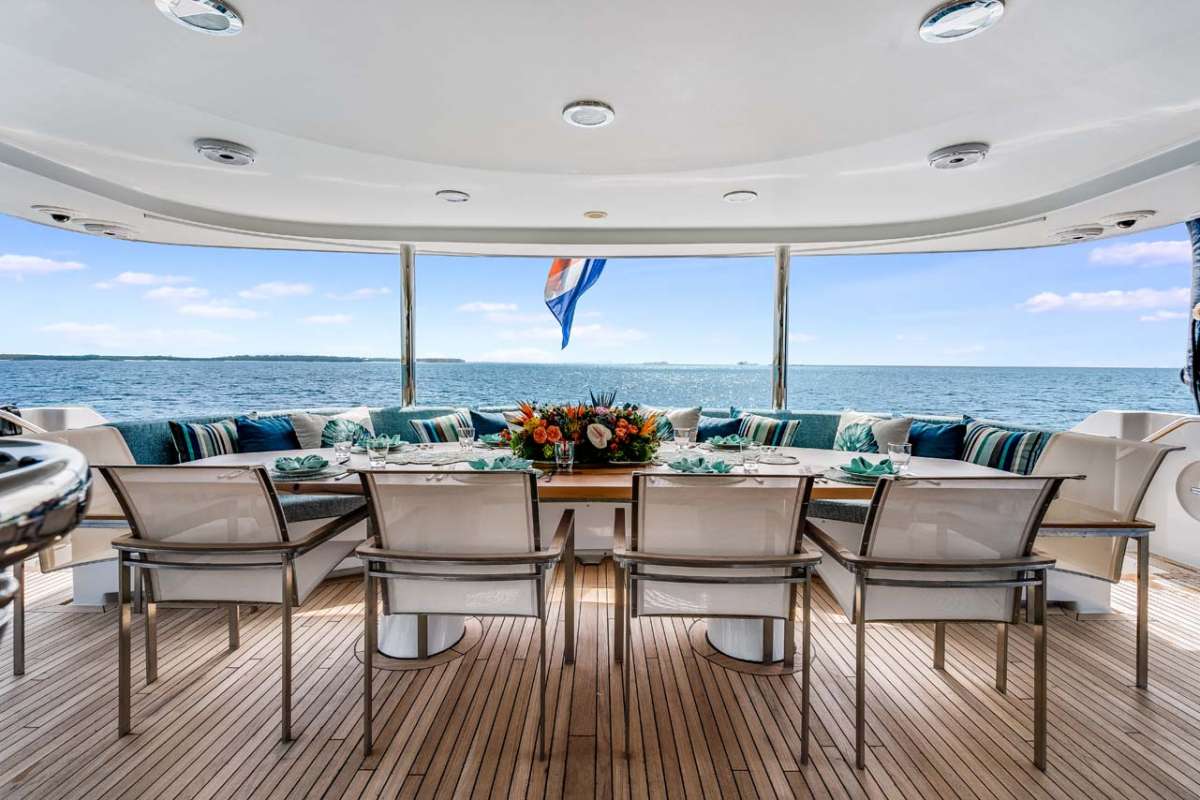 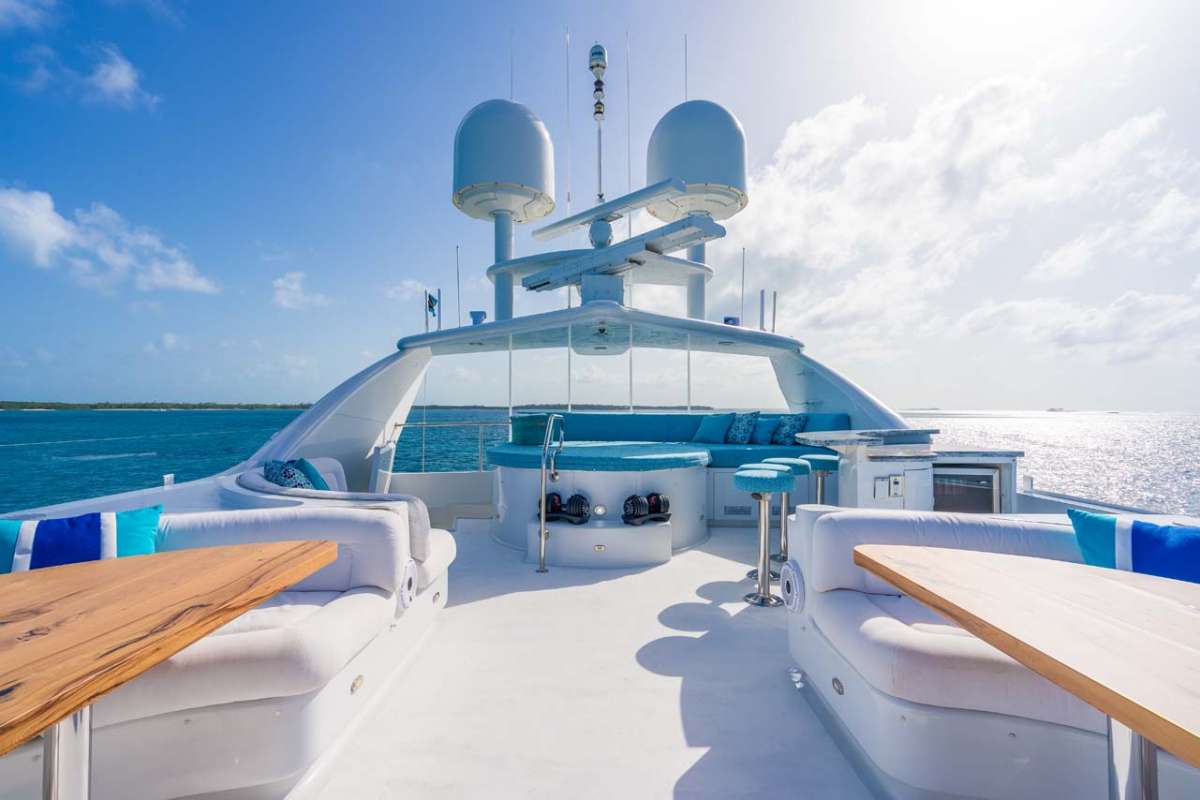 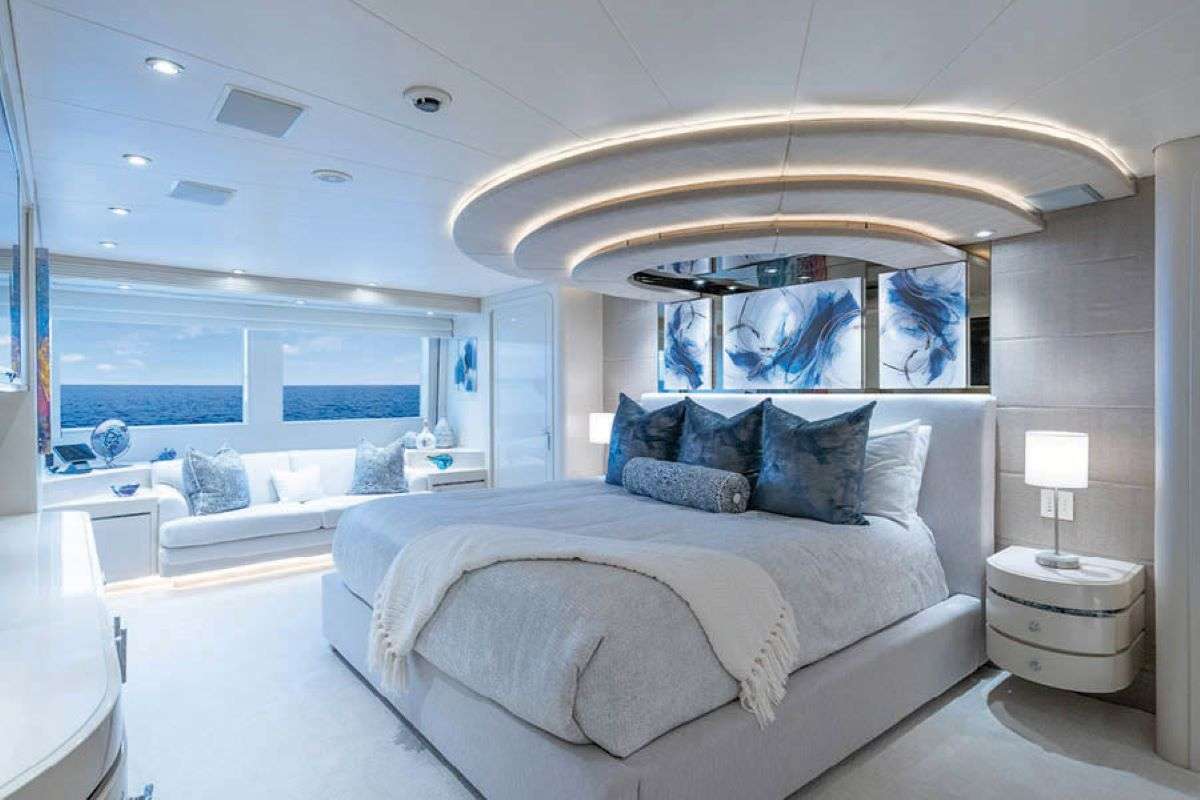 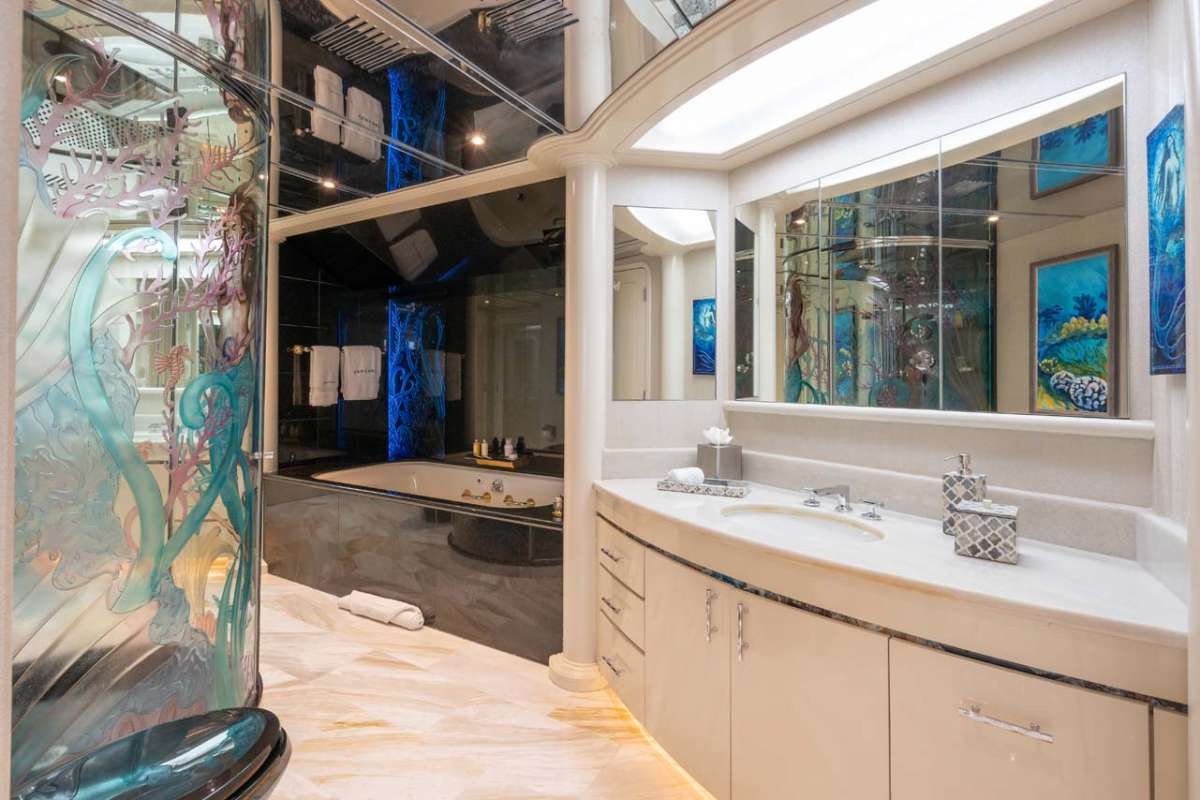 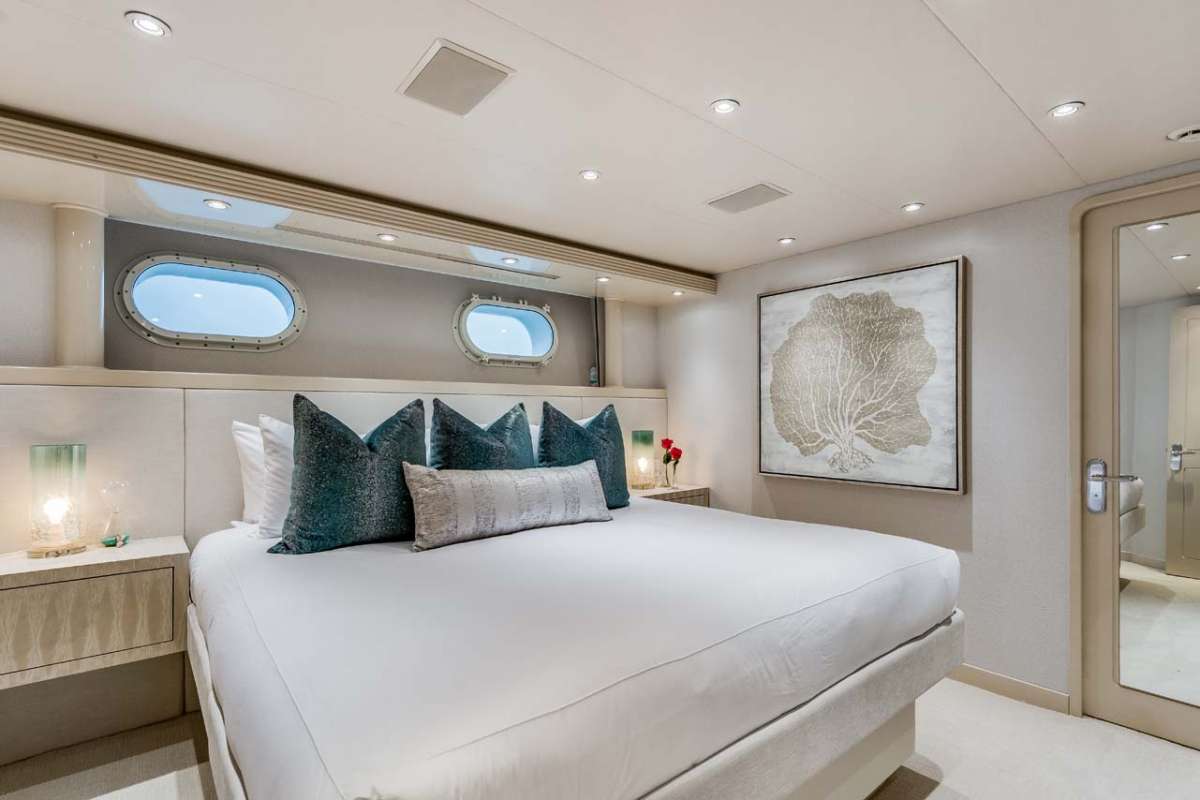 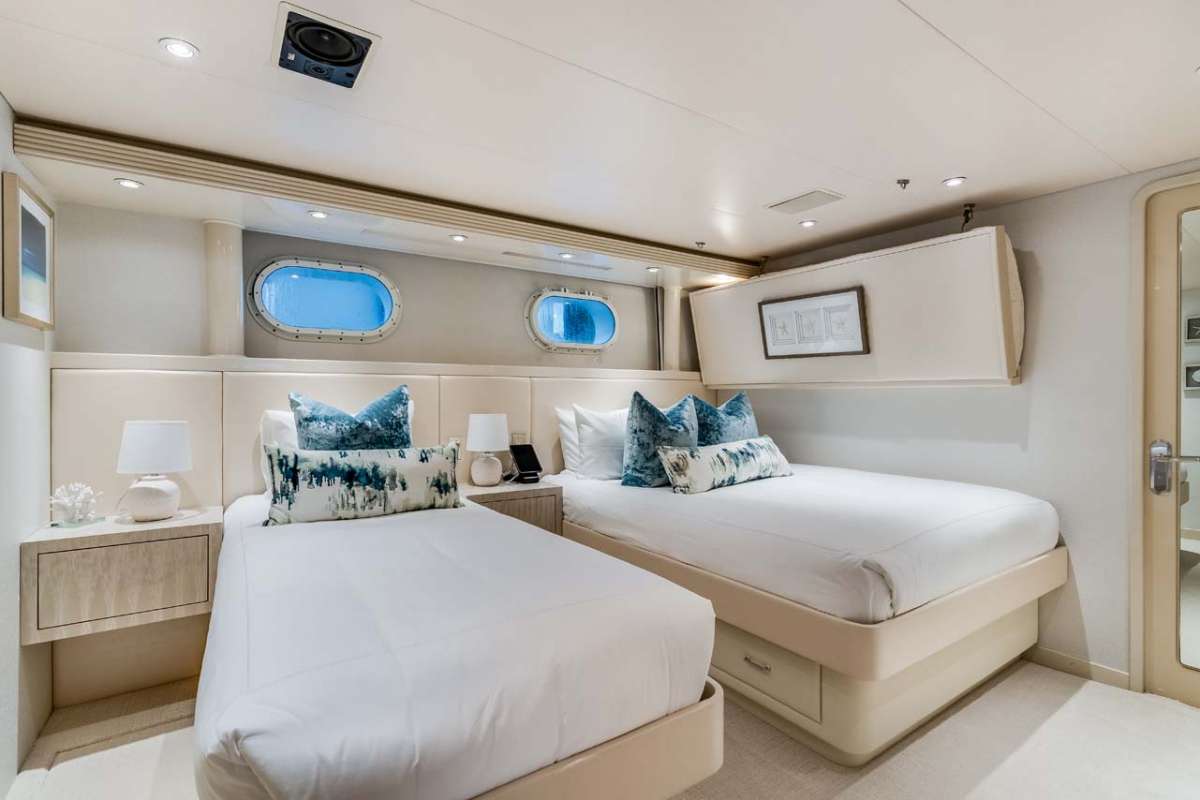 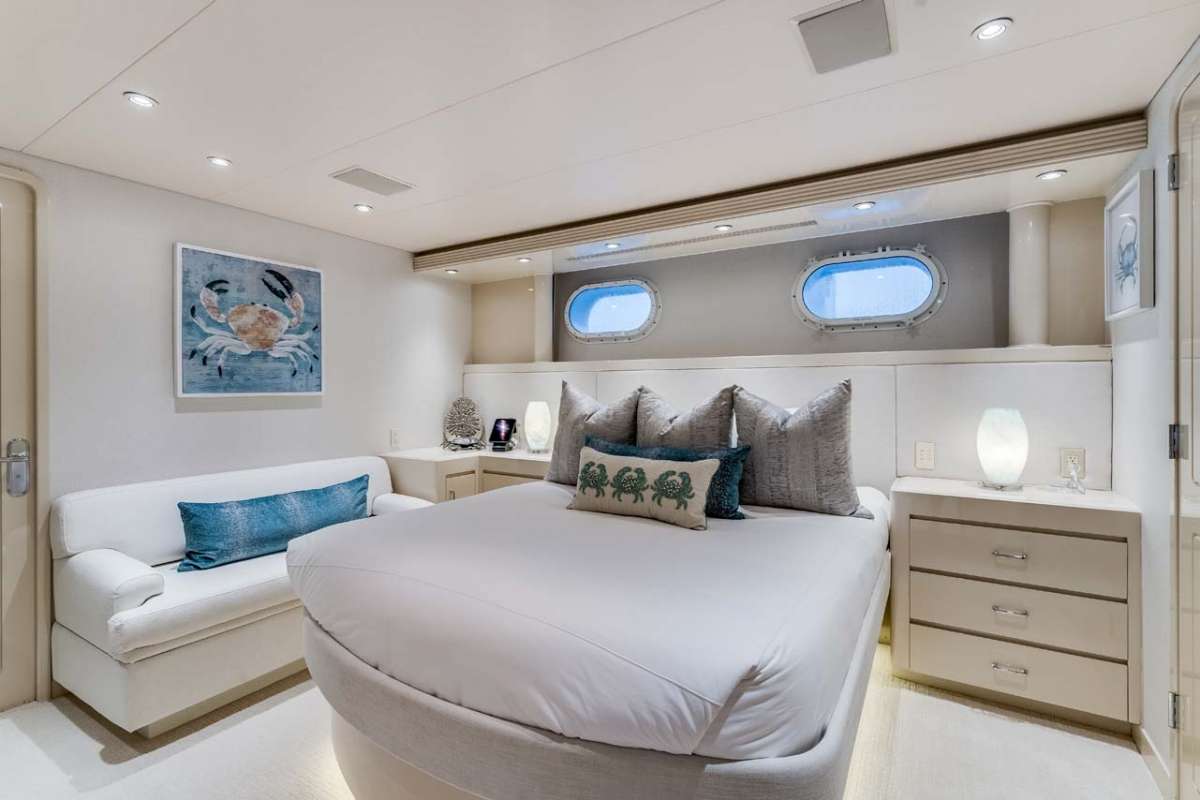 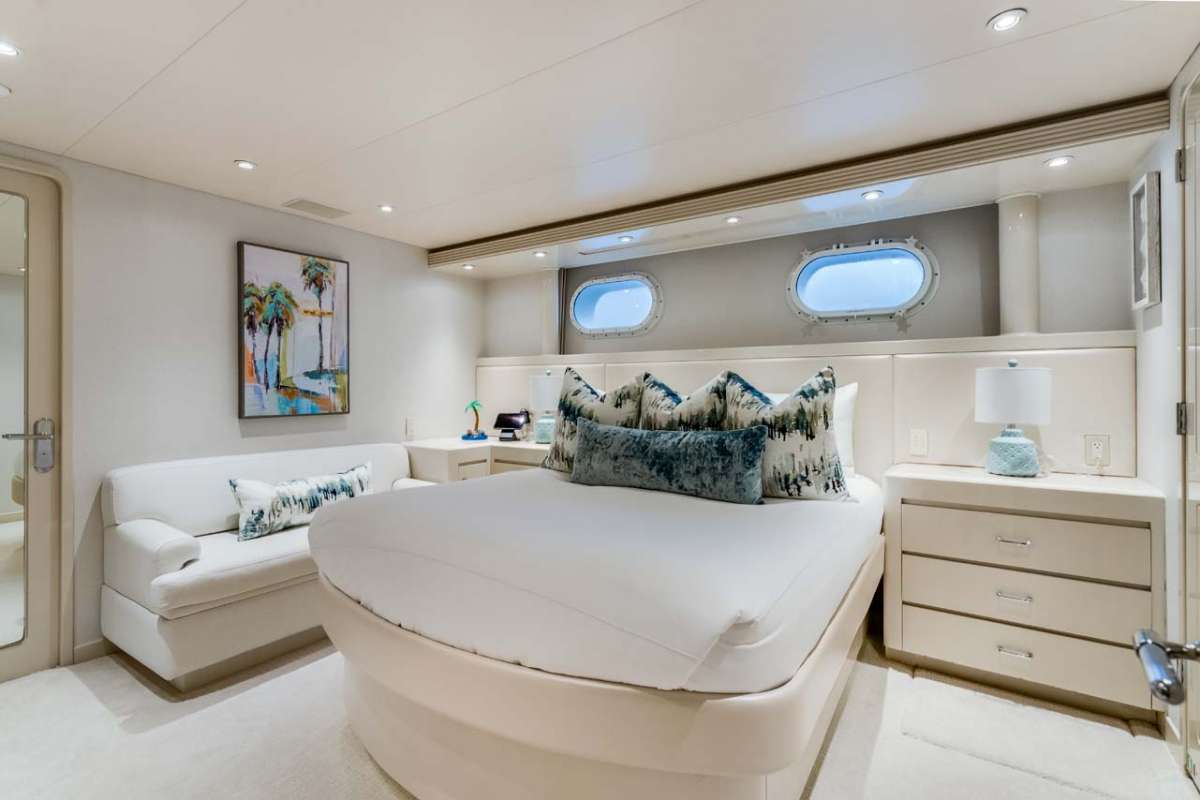 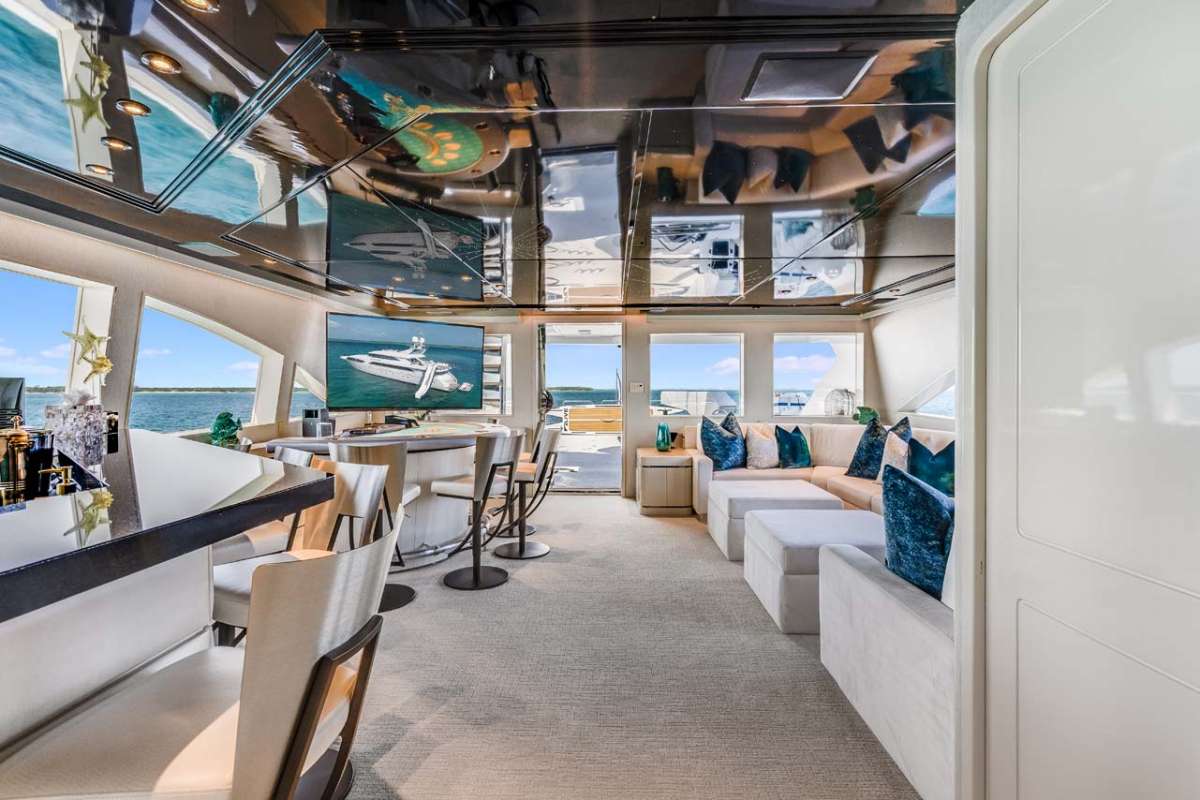 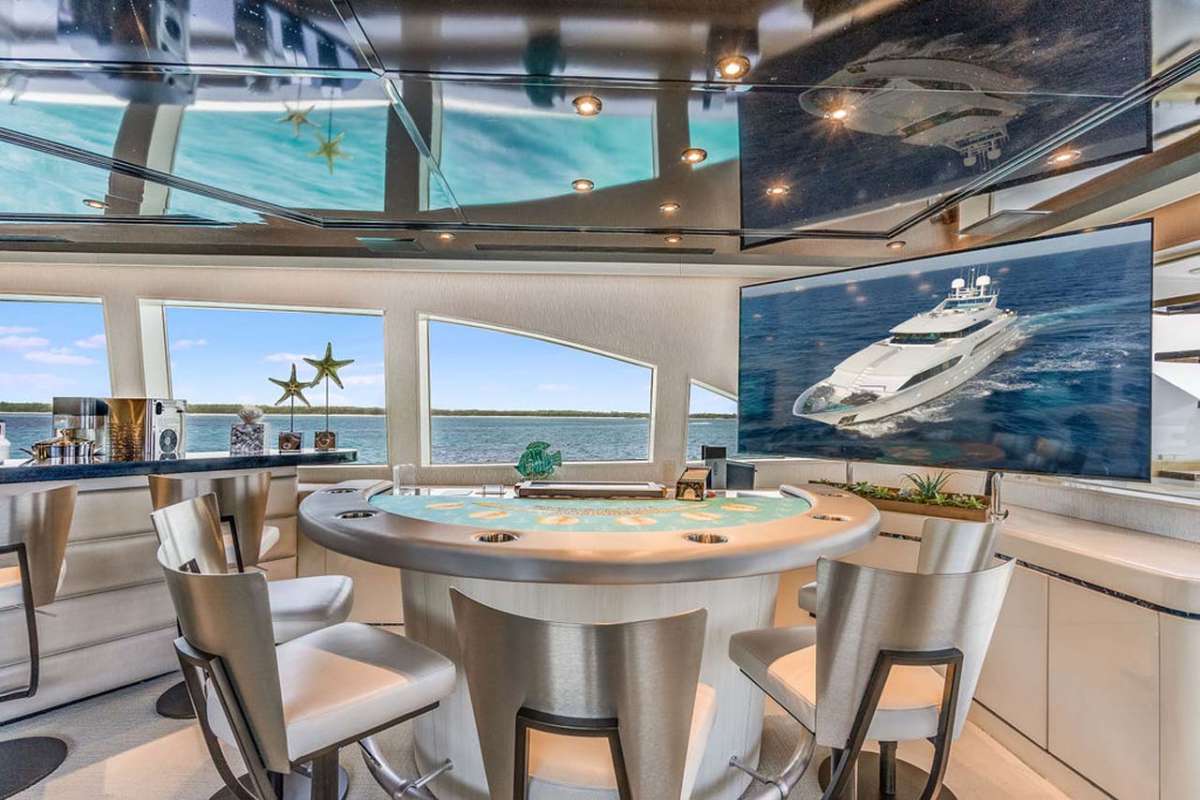 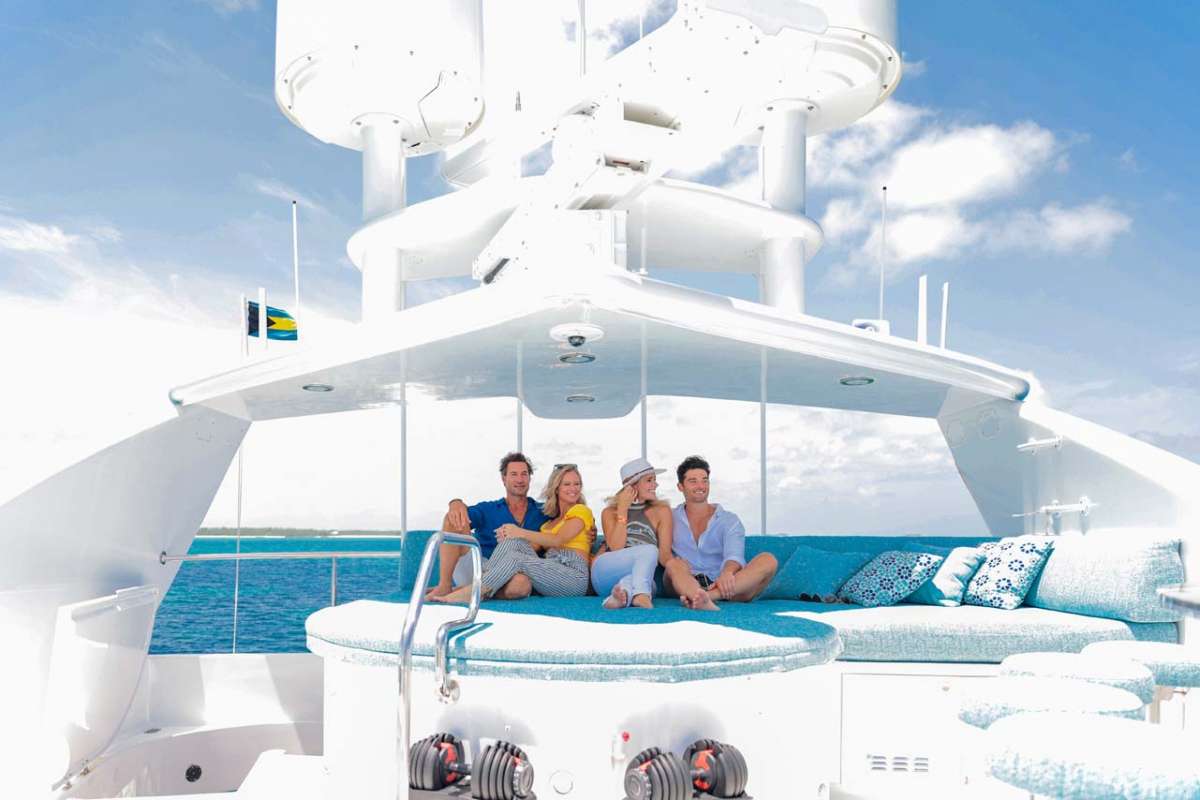 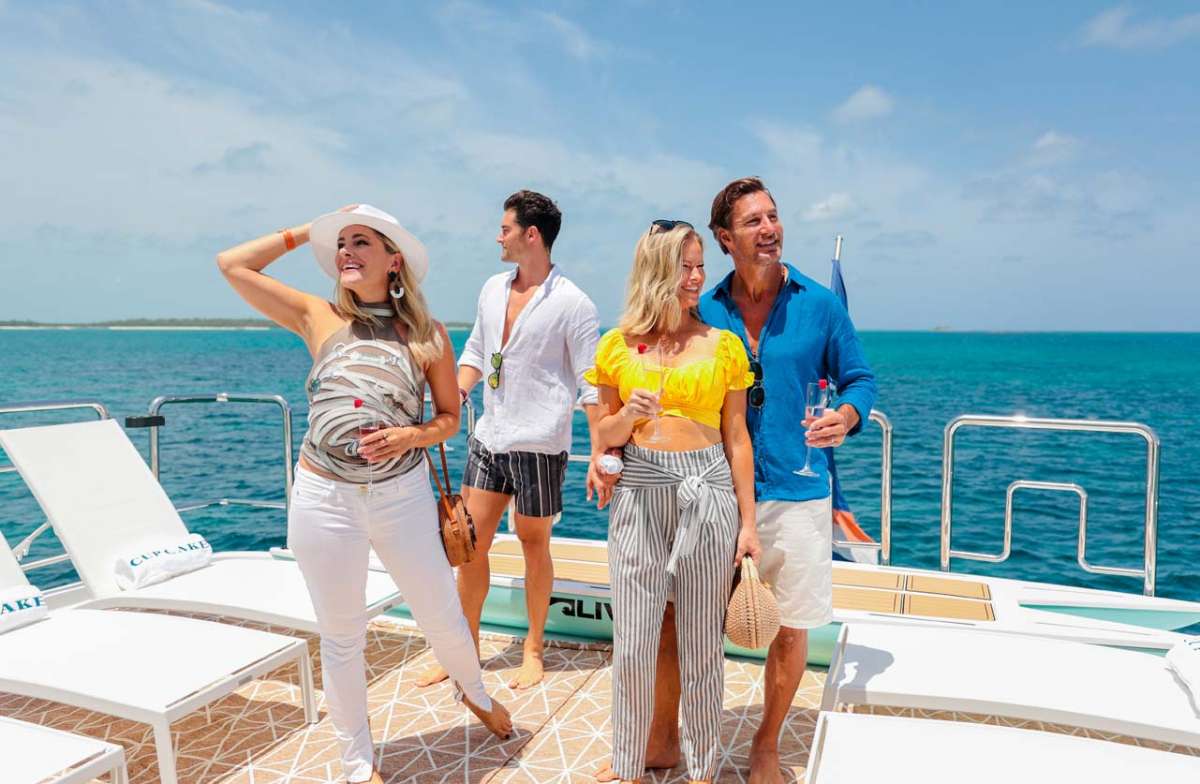 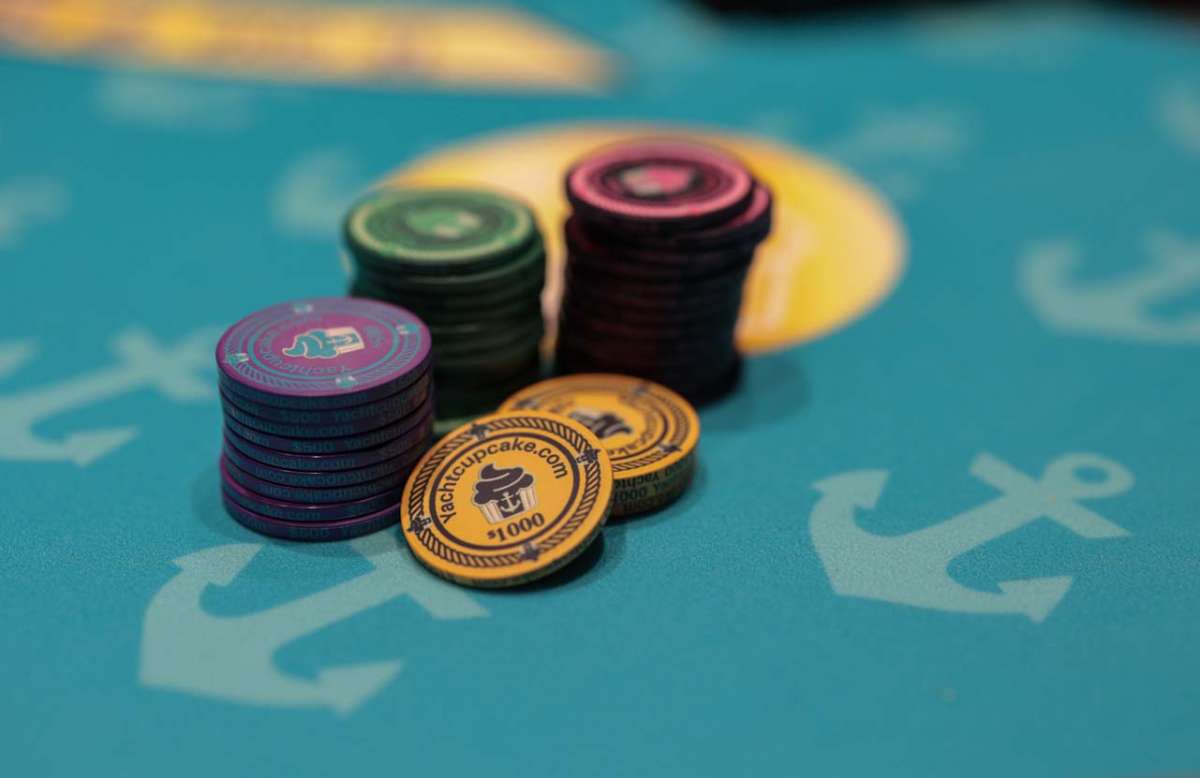 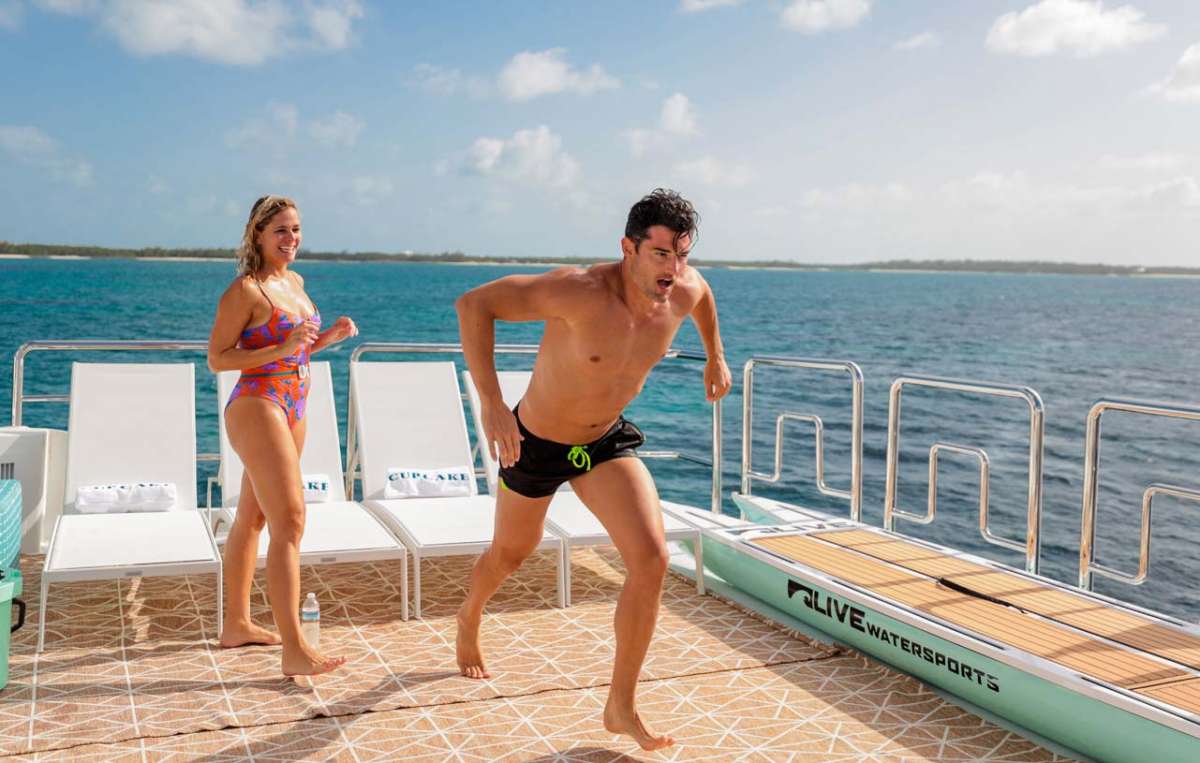 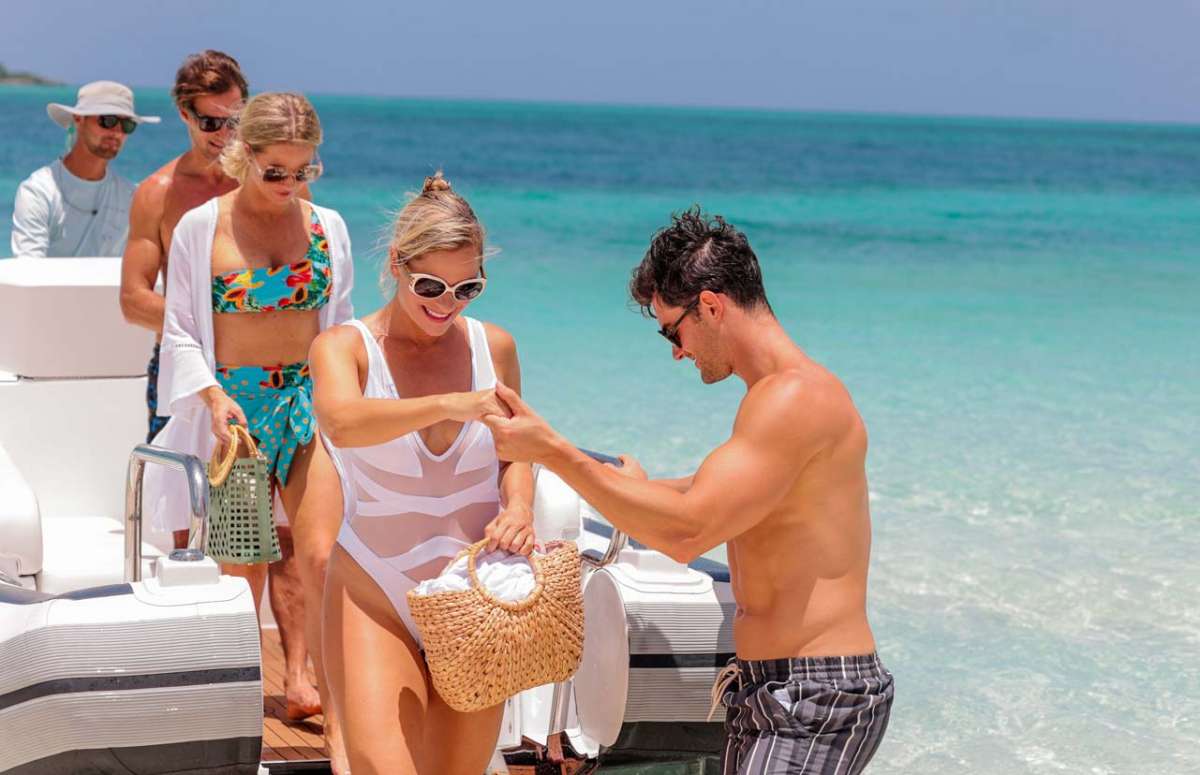 CAPTAIN | Nick Kincaid | American
Since 2012, Captain Nick has navigated much of the world's most beautiful yachting destinations. From the balmy New England coastline to the sunny Caribbean sea, Captain Nick has seen it all. Beginning his yachting career in Delaware at the age of 19, Nick started aboard a sportfishing yacht and eventually worked his way up to luxury superyachts. Captain Nick is a highly motivated, energetic, and enthusiastic captain who enjoys being involved in every aspect of the charter. From driving the boat to being a part-time croupier at the blackjack table, Nick aims to provide each guest with a truly unforgettable oceanic adventure.

FIRST OFFICER | Dave Snow | British
Dave was born in London, England in 1983. He moved to the north coast of Cornwall at the age of 12 and soon after, discovered his love for the ocean. Dave is passionate about traveling, trying different cultures and cuisines, and meeting new people. Whether he is sharing stories, learning new cultures, listening to music, exploring, fishing, or hiking, Dave is ready to provide the ultimate yachting experience.

ENGINEER | Jacob Collins | British
As a teenager through his 20s, Jacob studied mechanical engineering for light vehicles. He transferred his skills to small boats when he went to work in Greece for a charter company. He cruised the Ionian, Sporades, and Northern Agean for 4 years and then a further 2 years in the Ionian, working for the private sector. At 27, Jacob decided to step up into the Superyacht world and moved to Mallorca, Spain. Managing a handsome and colorful balance of refits, deliveries, and a little racing. Jacob had found himself wanting to settle down. He eventually found a woman who could cook and married her. She also works on yachts and we decided to get out there and spread our love of the water together.

CHIEF STEWARDESS | Lisa Gould | American
Lisa’s friends describe her as adventurous, passionate, and reliable. Her interests include cooking, traveling, and meeting new people. Although Lisa was born in Texas, she spent much of her time moving around. Her father served in the United States Army for 20 years. This is likely where her love for food, culture, and people came from. Lisa has always felt the most at home when she is on the water. in 2004, Lisa moved to Key West, Florida, and began her career in the marine industry. After 8 years, Lisa moved to sunny Fort Lauderdale, Florida. Here, she is pursuing her educational aspirations- currently seeking her bachelor’s degree. Lisa fulfills her passion for water by working on yachts. She believes that the world is full of endless opportunities, living every moment to the fullest.

CHEF | April Oden | American
As a long-time casual chef from Louisiana, chef April is fortunate to have been able to translate her love of cooking into a career passion. April delights in sourcing local ingredients and creating new recipes just as much as she enjoys the heartwarming consistency of culturally traditional cuisines. The past decade has been spent honing her skills around the world and experiencing as much as she can on this beautiful planet. Working on Superyachts has afforded April the opportunity to cook for American diplomats, Royalty, and international billionaires, but her favorite person to cook for is still her grandmother. April looks forward to creating bespoke menus for every group we host onboard.

BOSUN | Edvardo Humes | Bahamian
Edvardo Humes, affectionately known as “Eddy,” was born on October 7th, 1990, to Mr. & Mrs. Humes in arguably the most beautiful place on earth- The Bahamas. Growing up in the Bahamas meant most summers were spent Island hopping. Eddy enjoys playing sports, hiking and treasuring the sunny sand beaches of the Bahamas. He initially started working onboard ships at the age of eighteen, delivering different types of cargo globally. After returning from the United Kingdom, he decided to embrace this industry with open arms. In Eddy’s words, "It is a pleasure to give guests an incredible experience in the yachting industry.”

SECOND STEWARDESS | Olivia Moro | American/Canadian
Olivia was born in Fort Erie Ontario and moved to central Florida at a young age. She has a very artsy and creative eye when it comes to her table settings and theme nights. Olivia has a passion for photography and fashion. Her outgoing and energetic personality can lift up anyone's spirits onboard. During her free time, she enjoys dancing, exercising, and enjoying the beach.

DECKHAND | Ryan Baccino | American
Ryan is originally from Middletown, Delaware where he grew up near the Chesapeake Bay. Ryan has followed his dream to secure a long-term career on the water. Ryan plays a role in all water sports activities, tender rides, and shore-based excursions. His polite and reserved personality will come alive if you were to ask about his hockey career in Philadelphia. Ryan enjoys spending time with friends and family and has a love for country music.