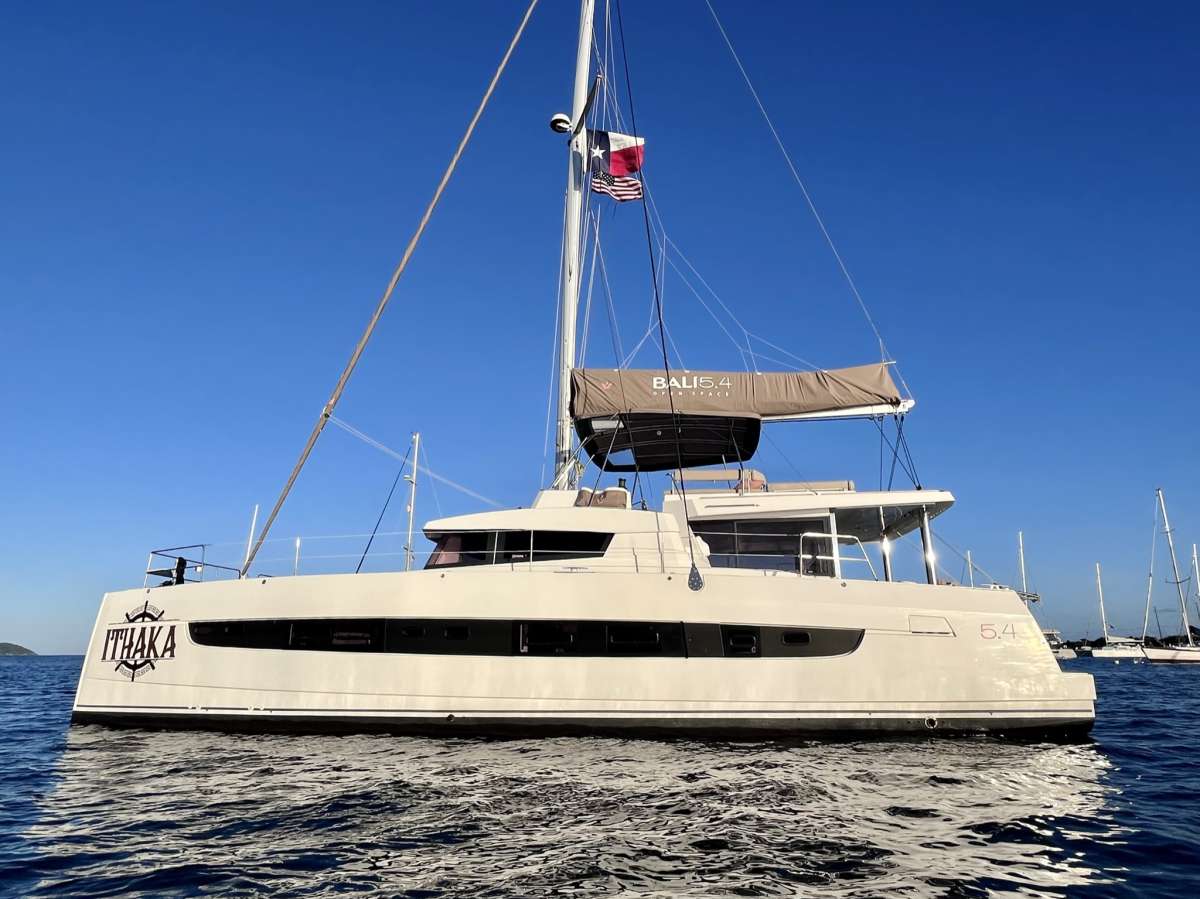 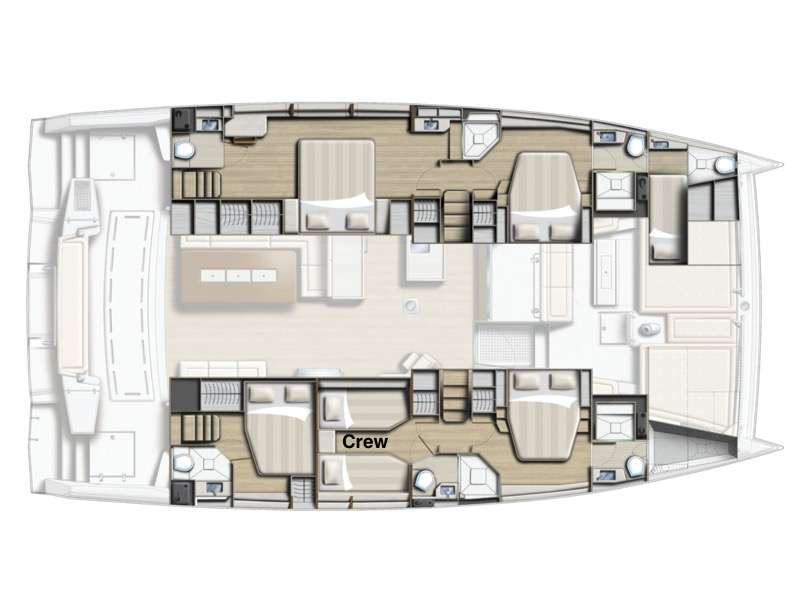 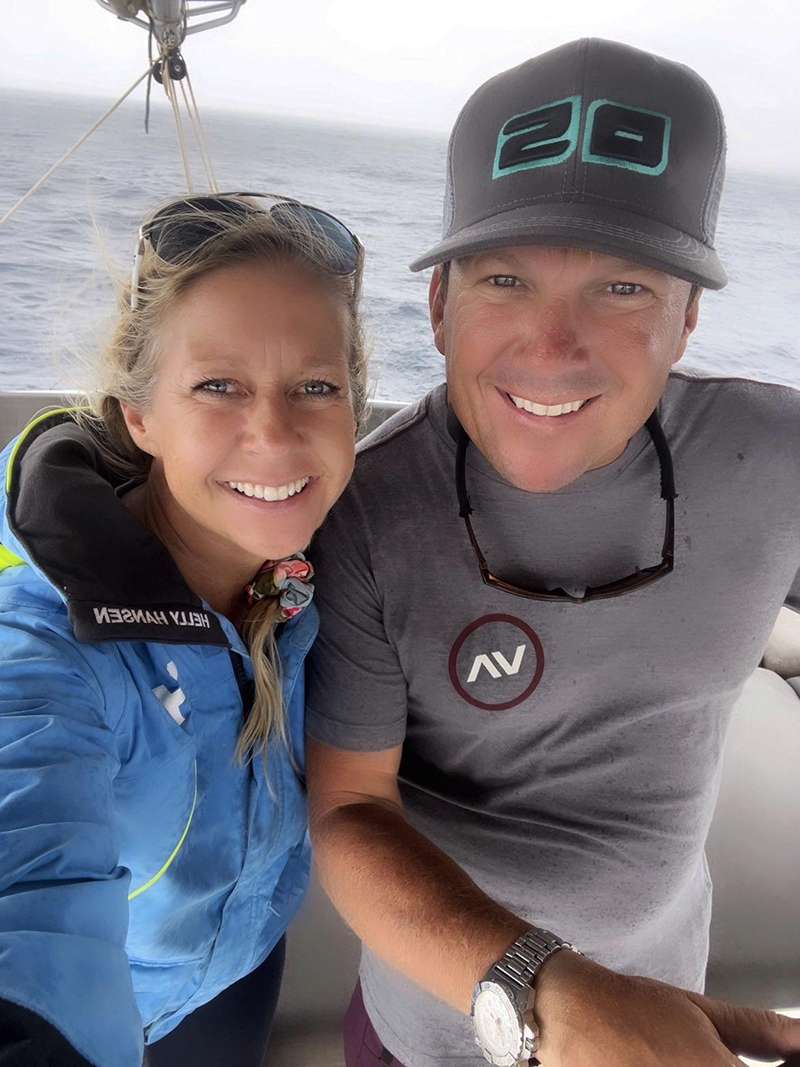 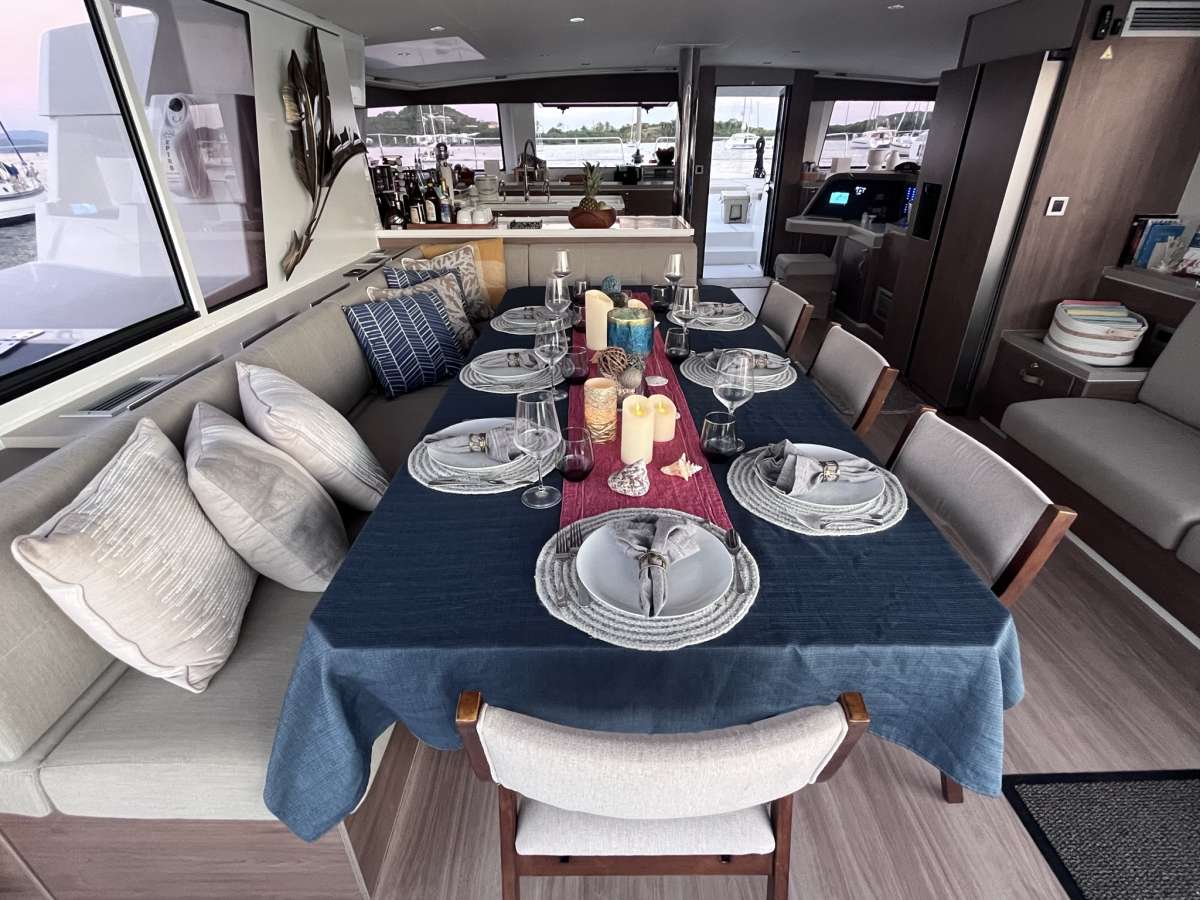 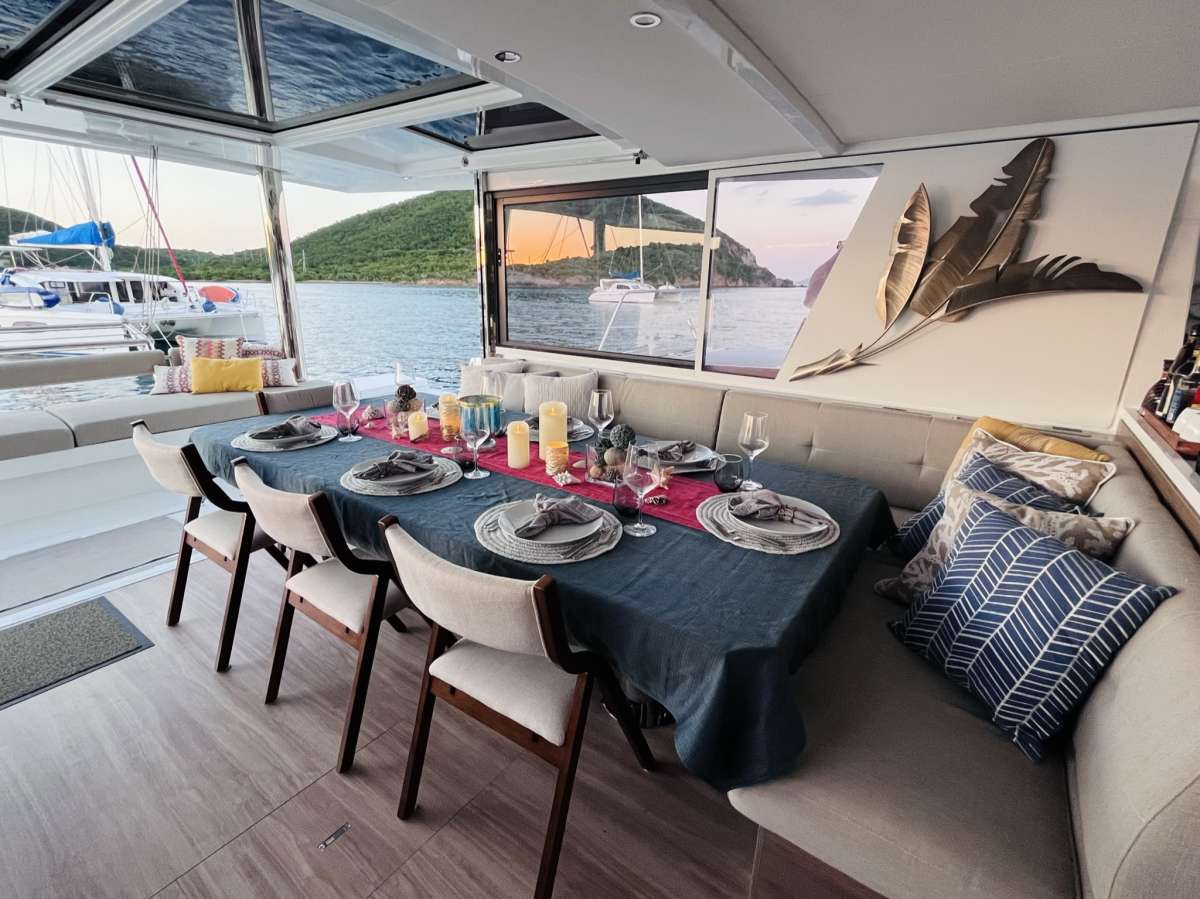 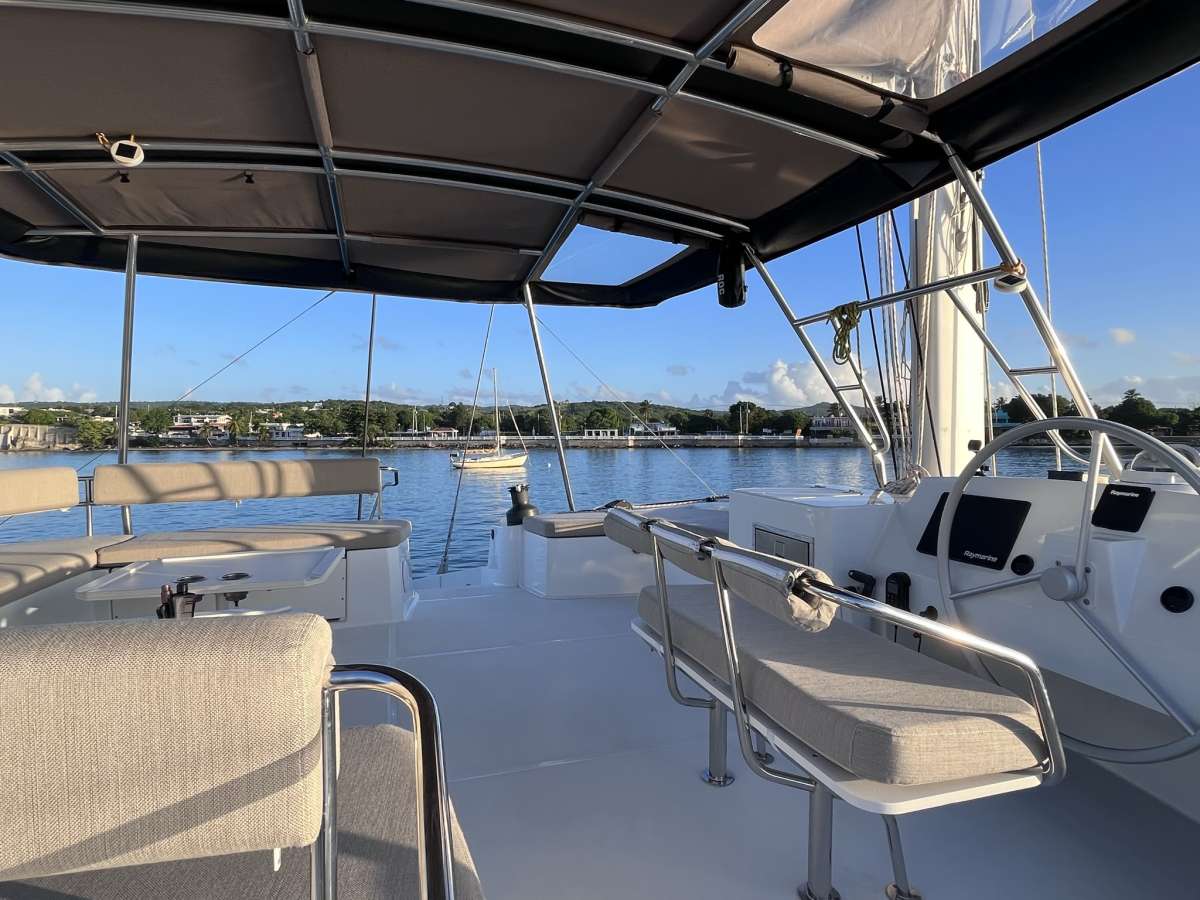 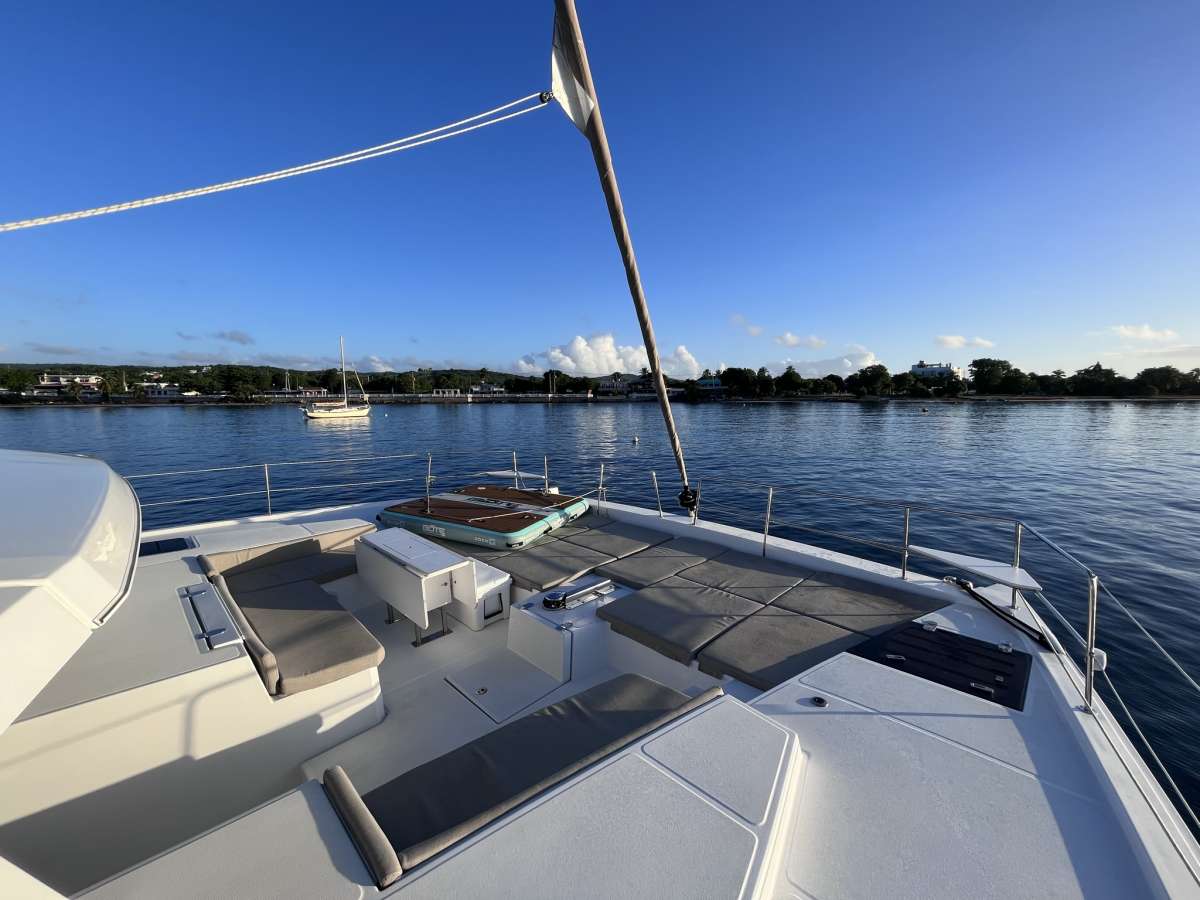 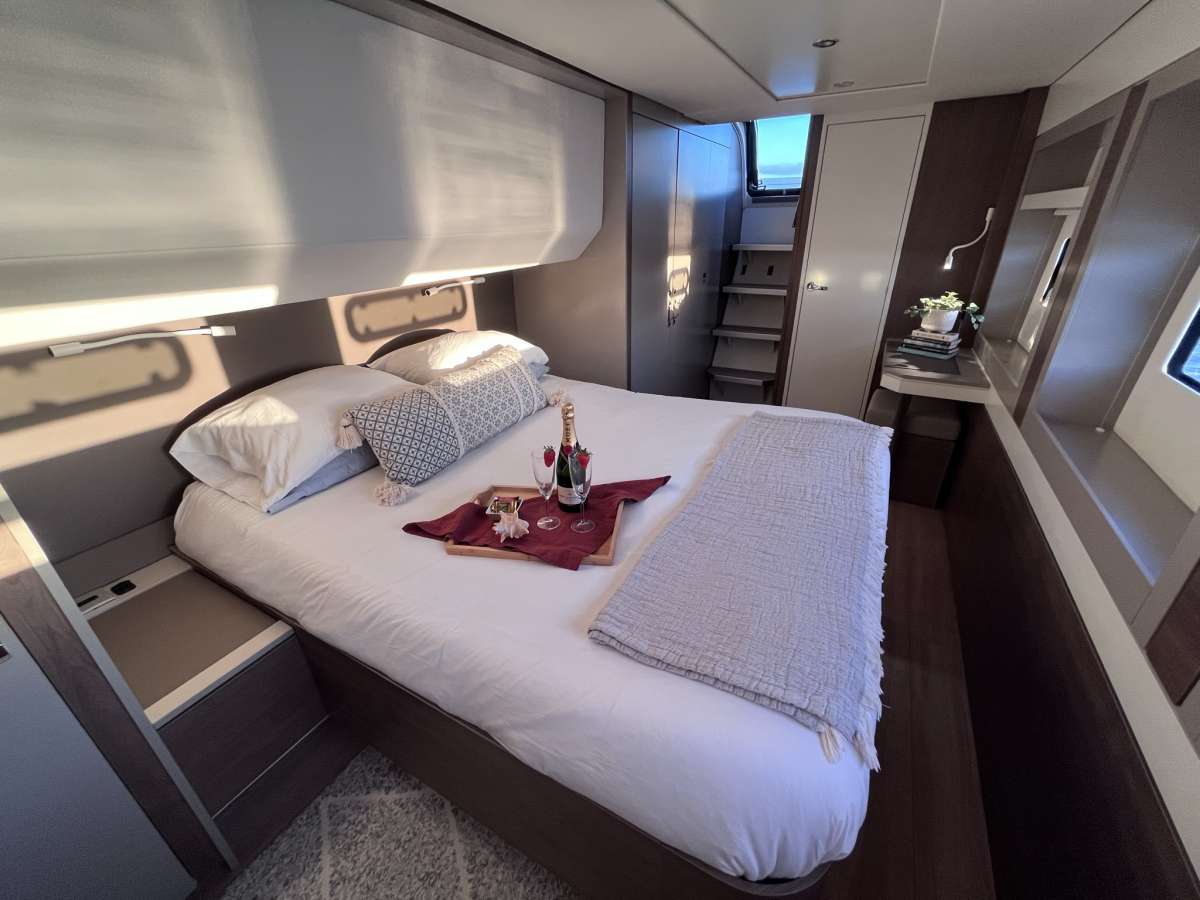 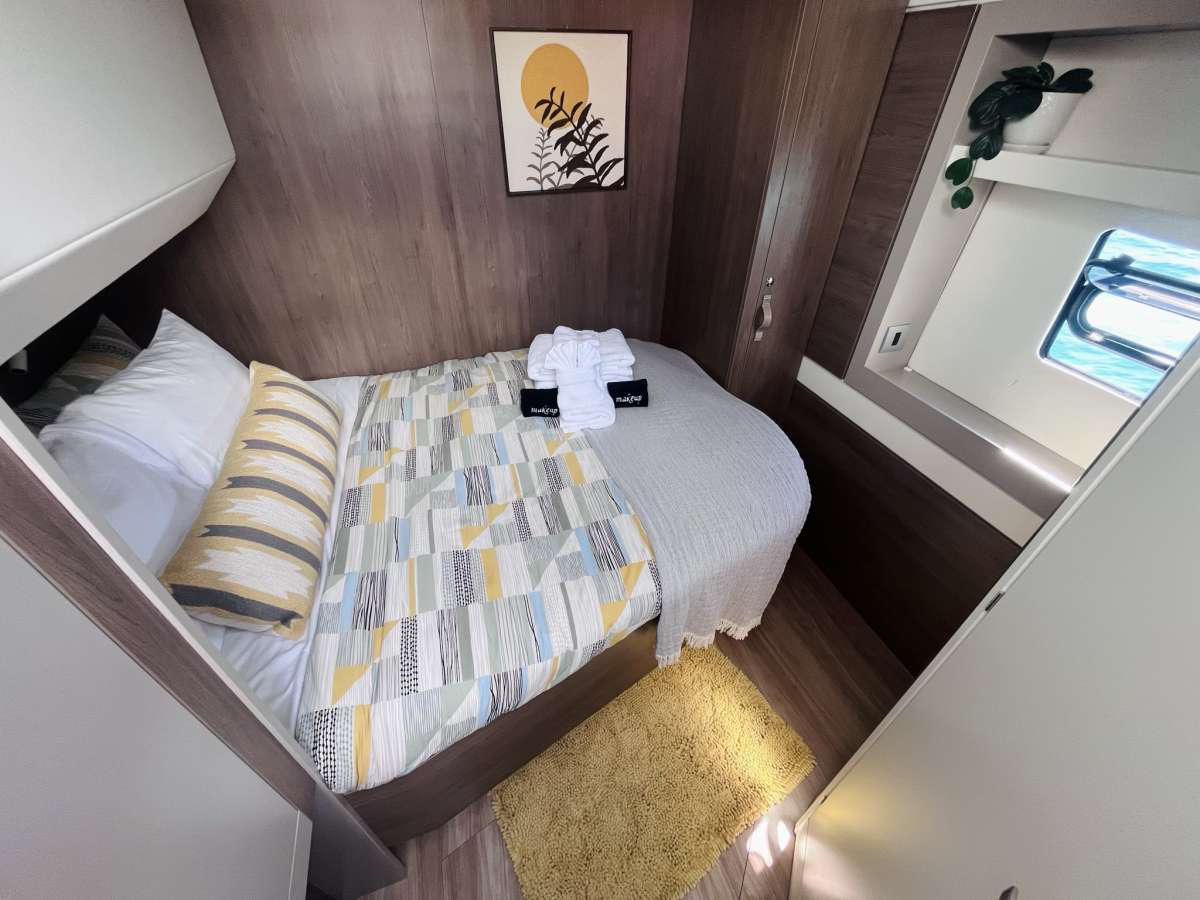 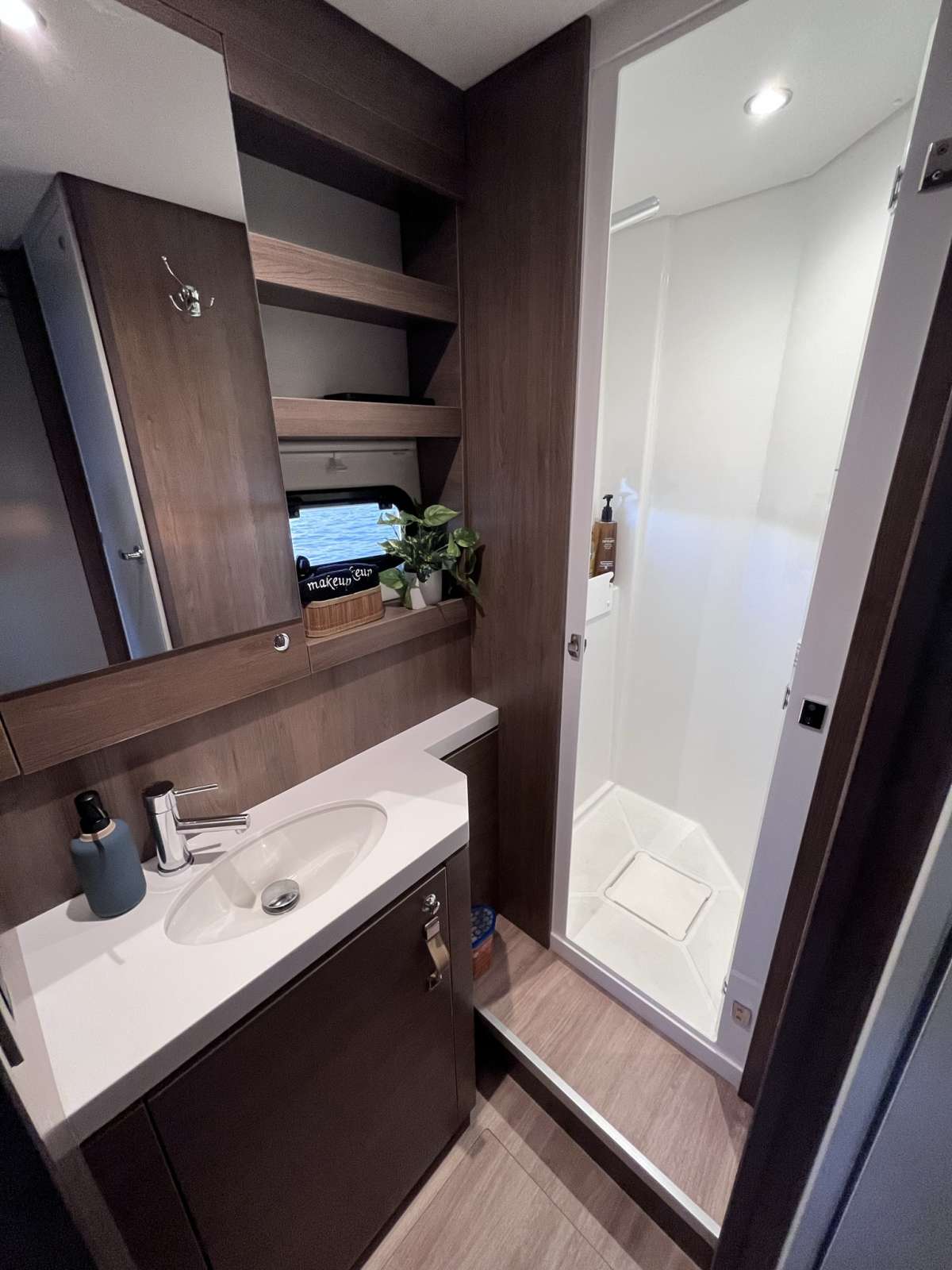 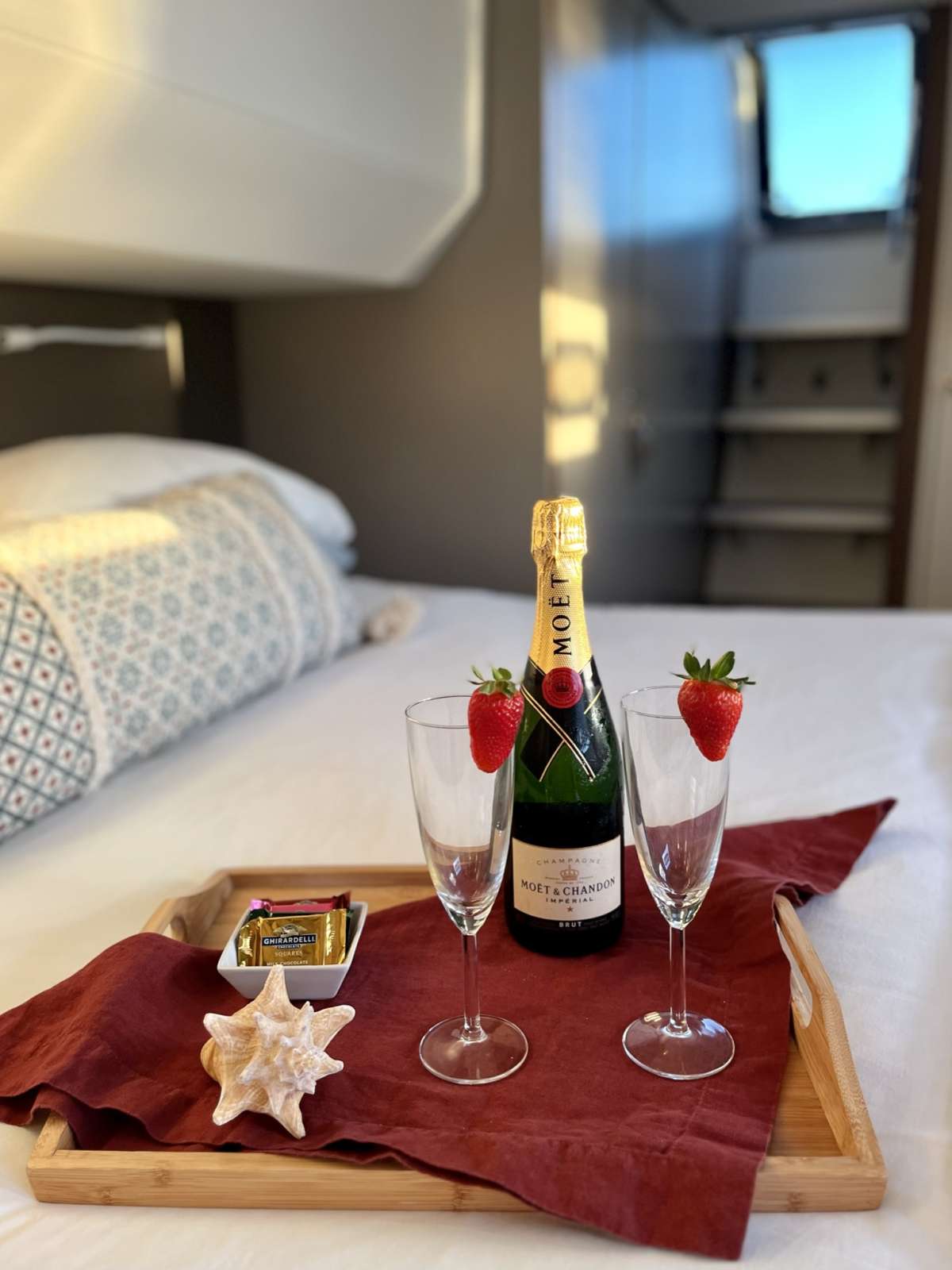 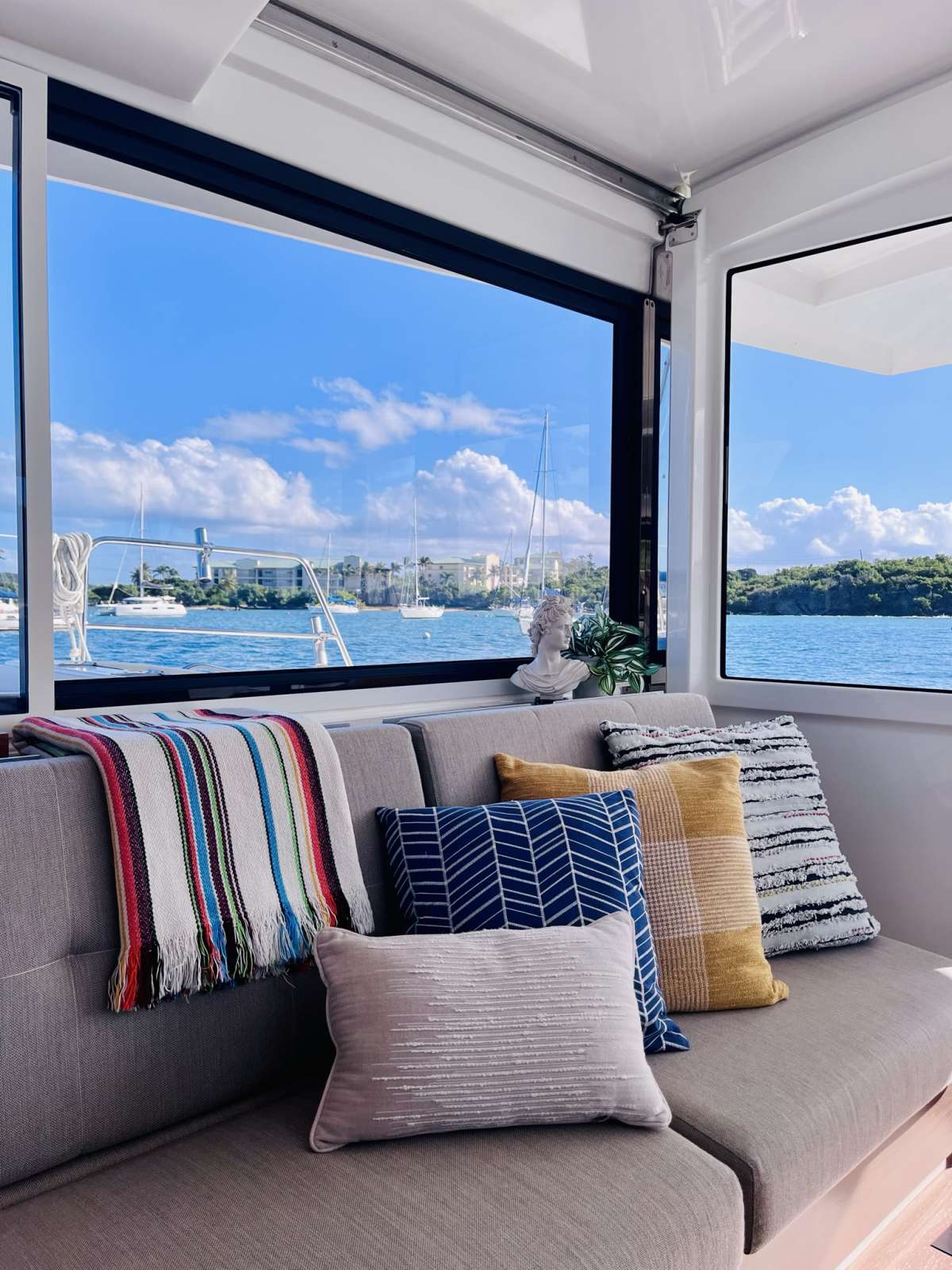 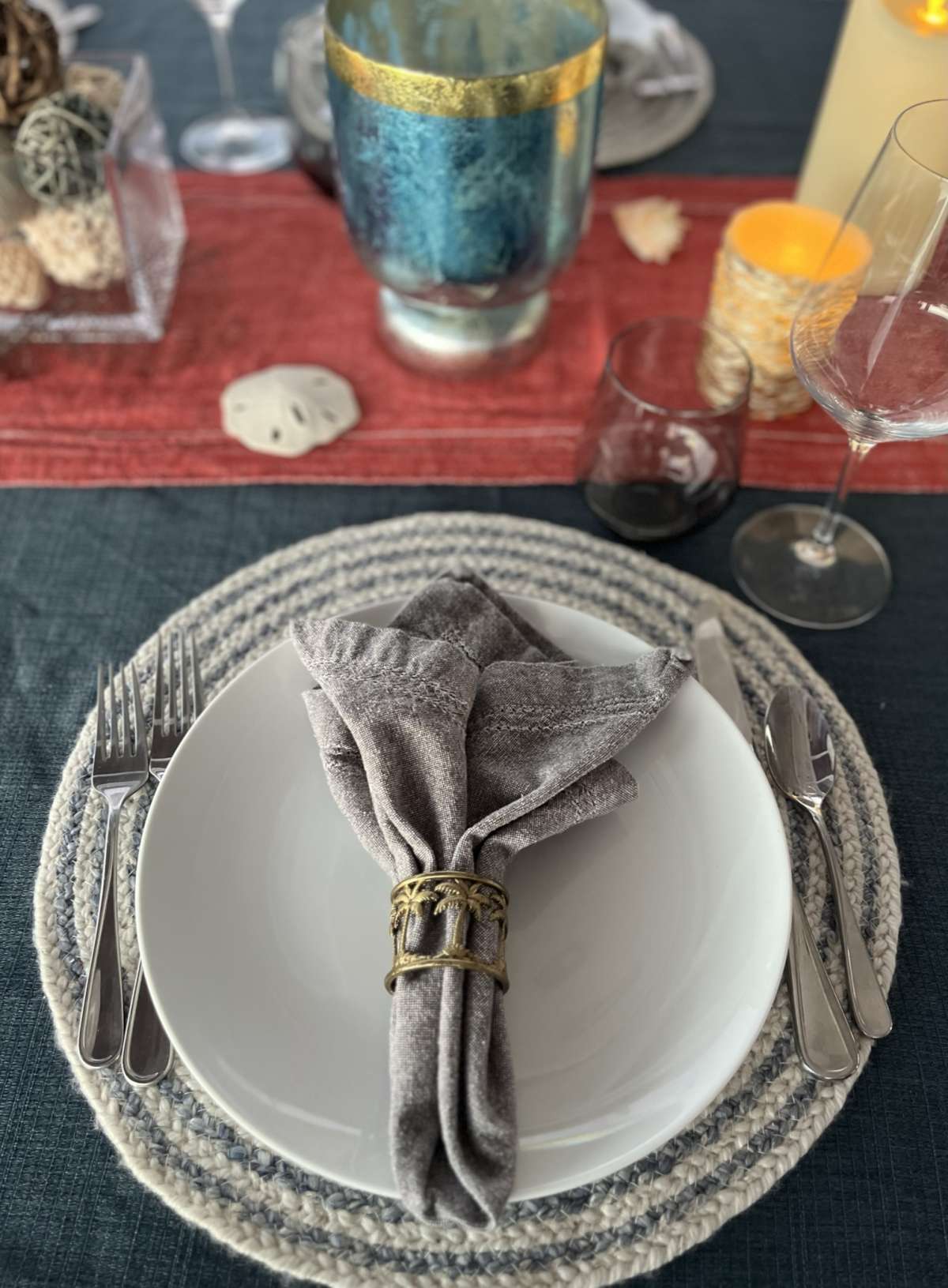 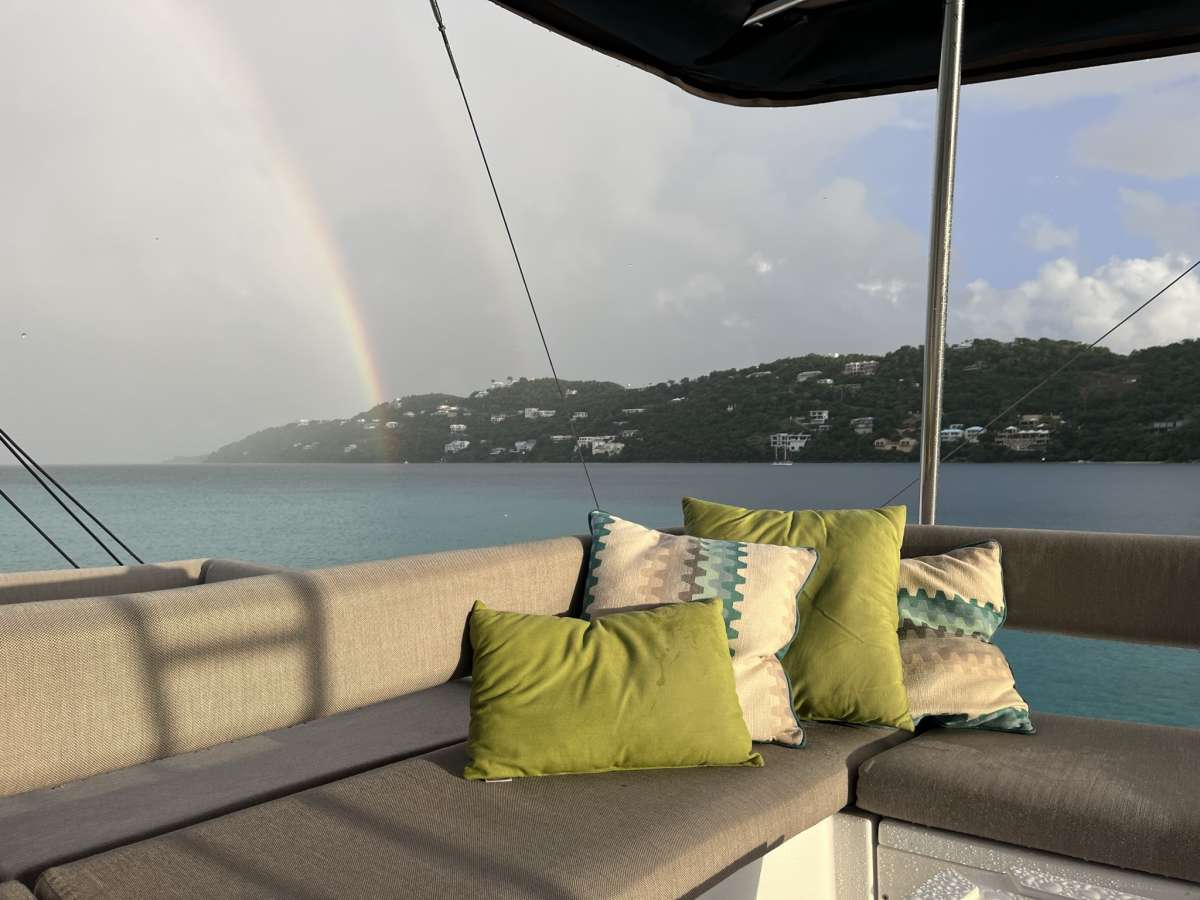 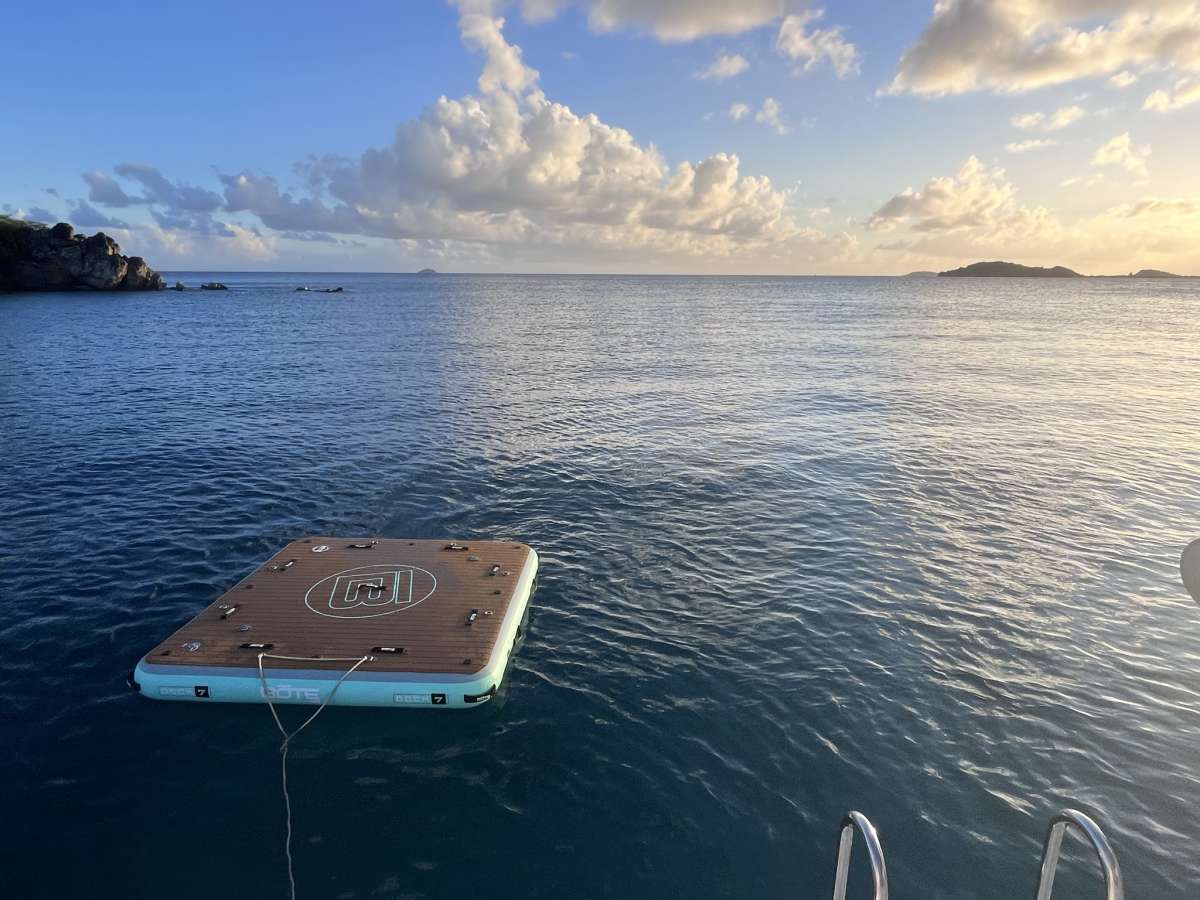 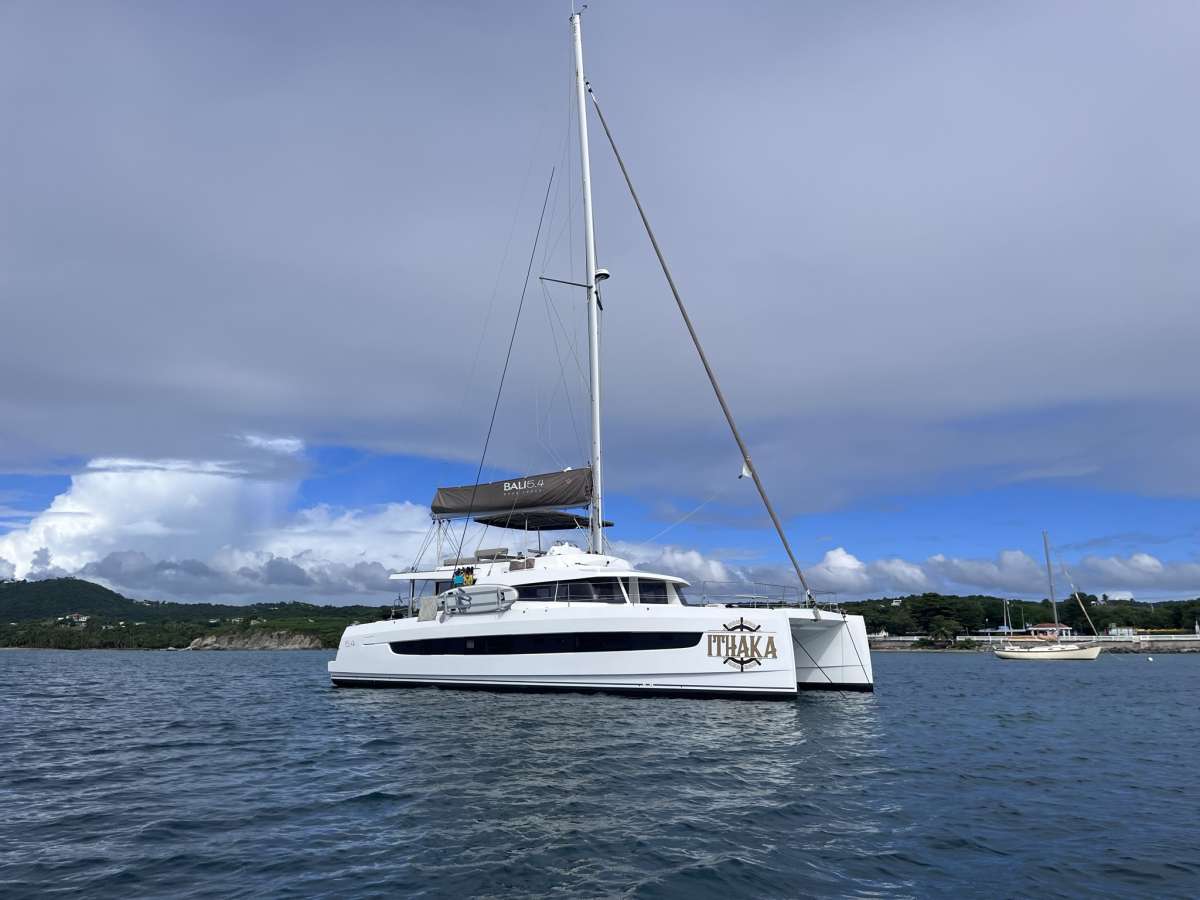 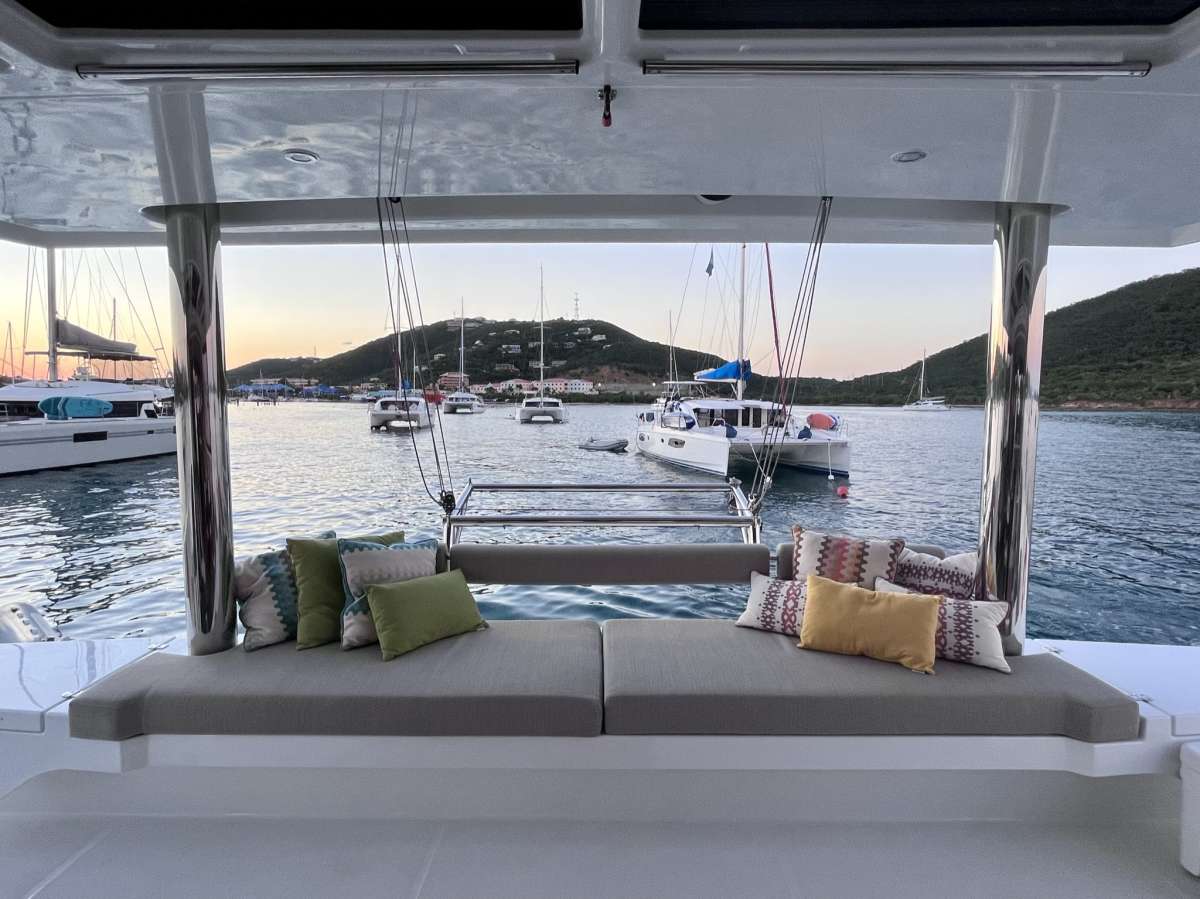 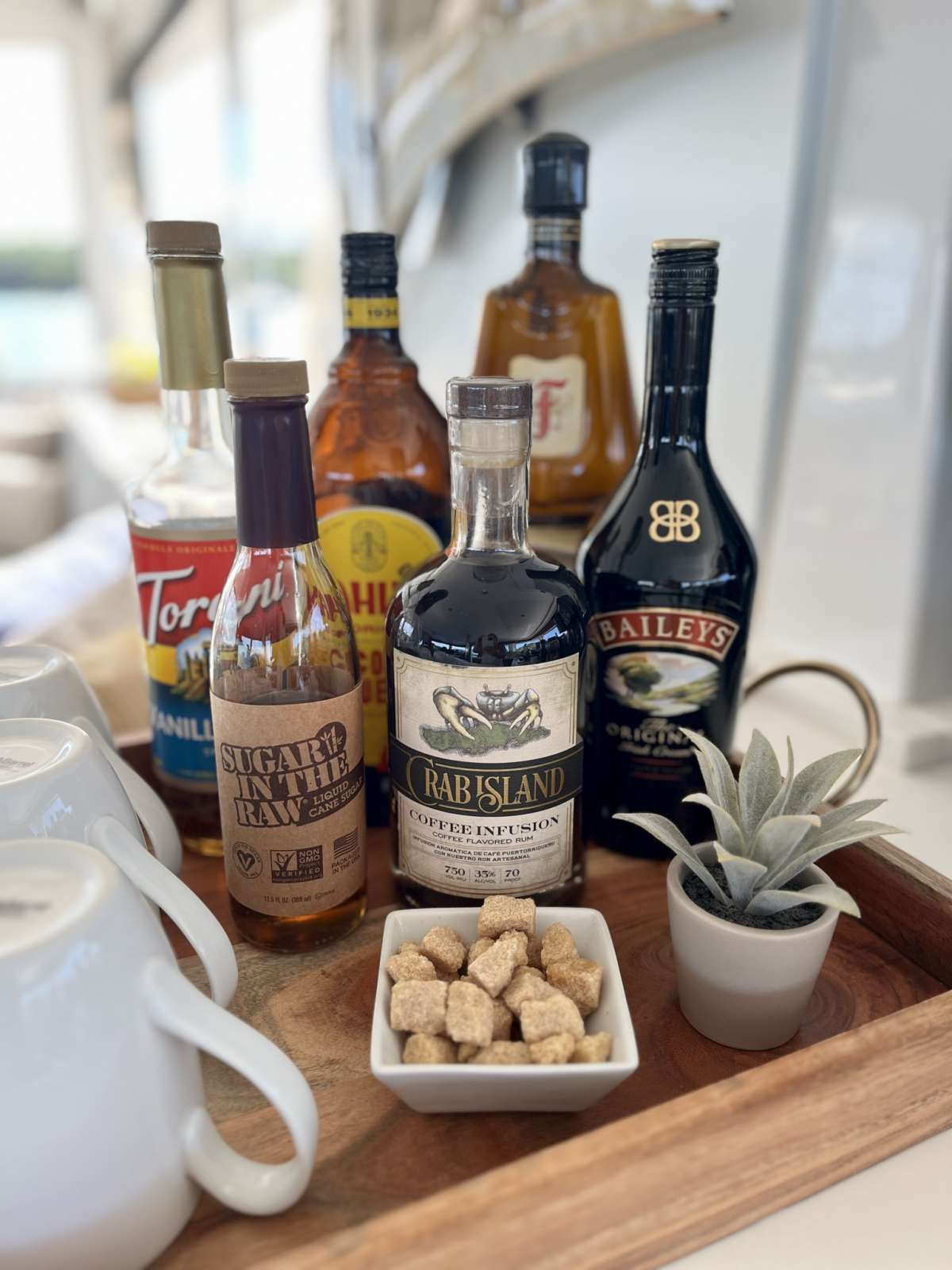 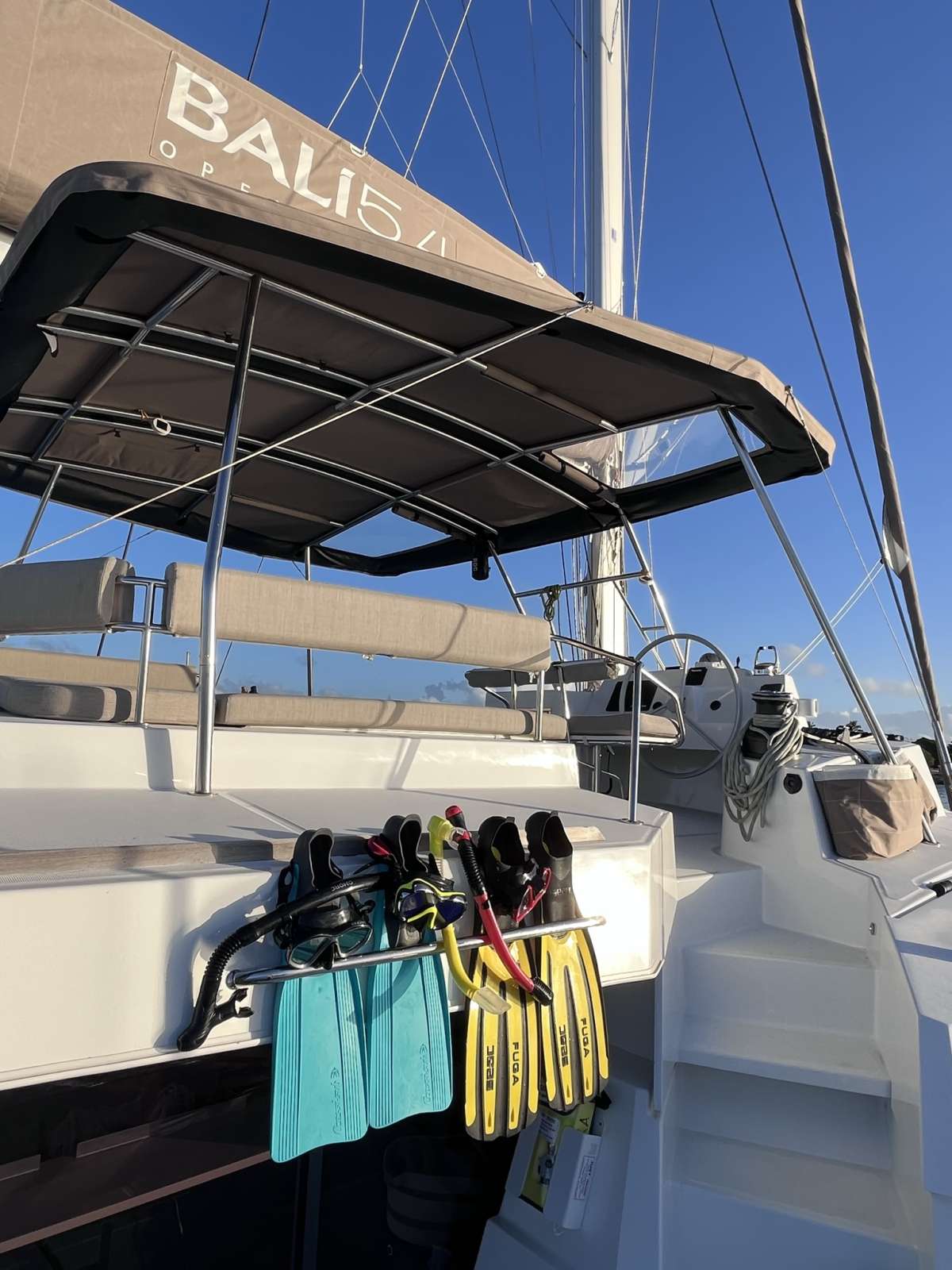 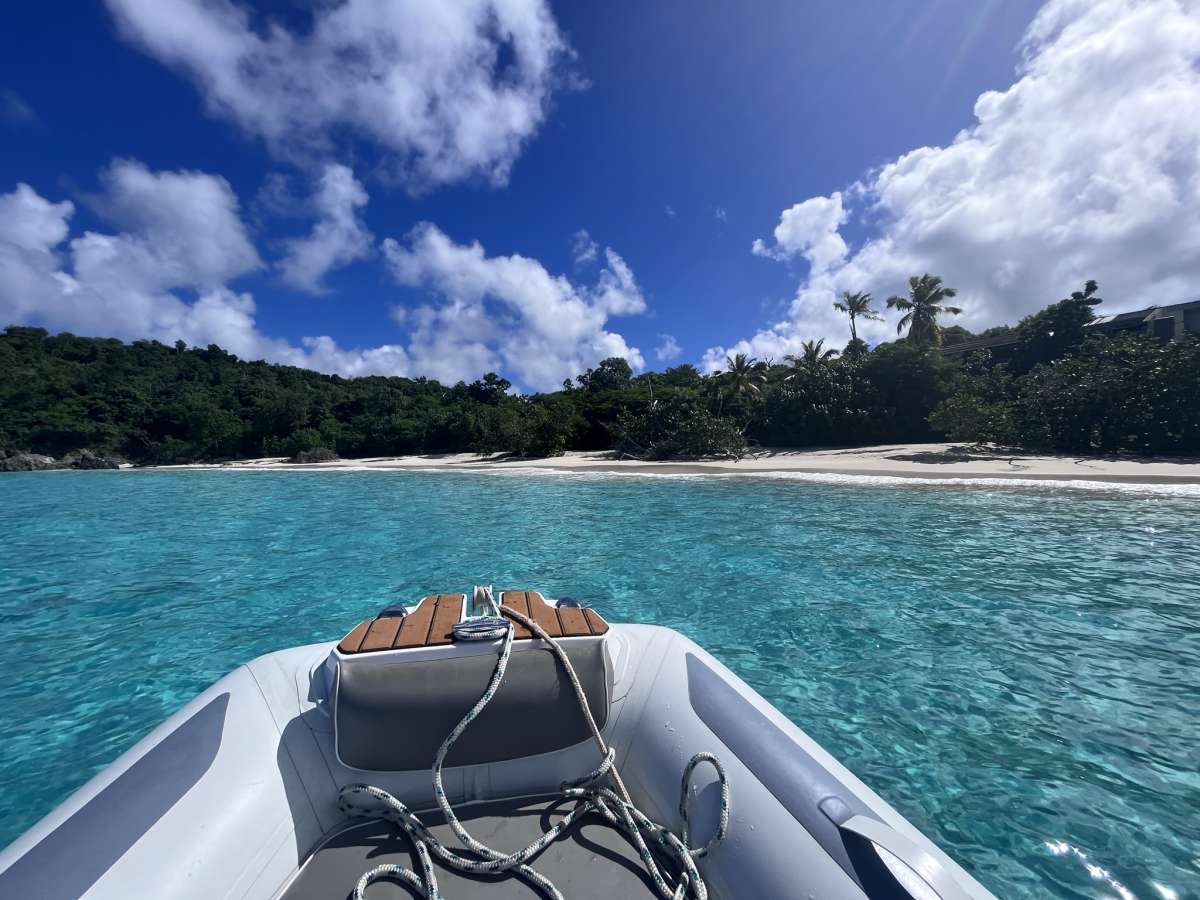 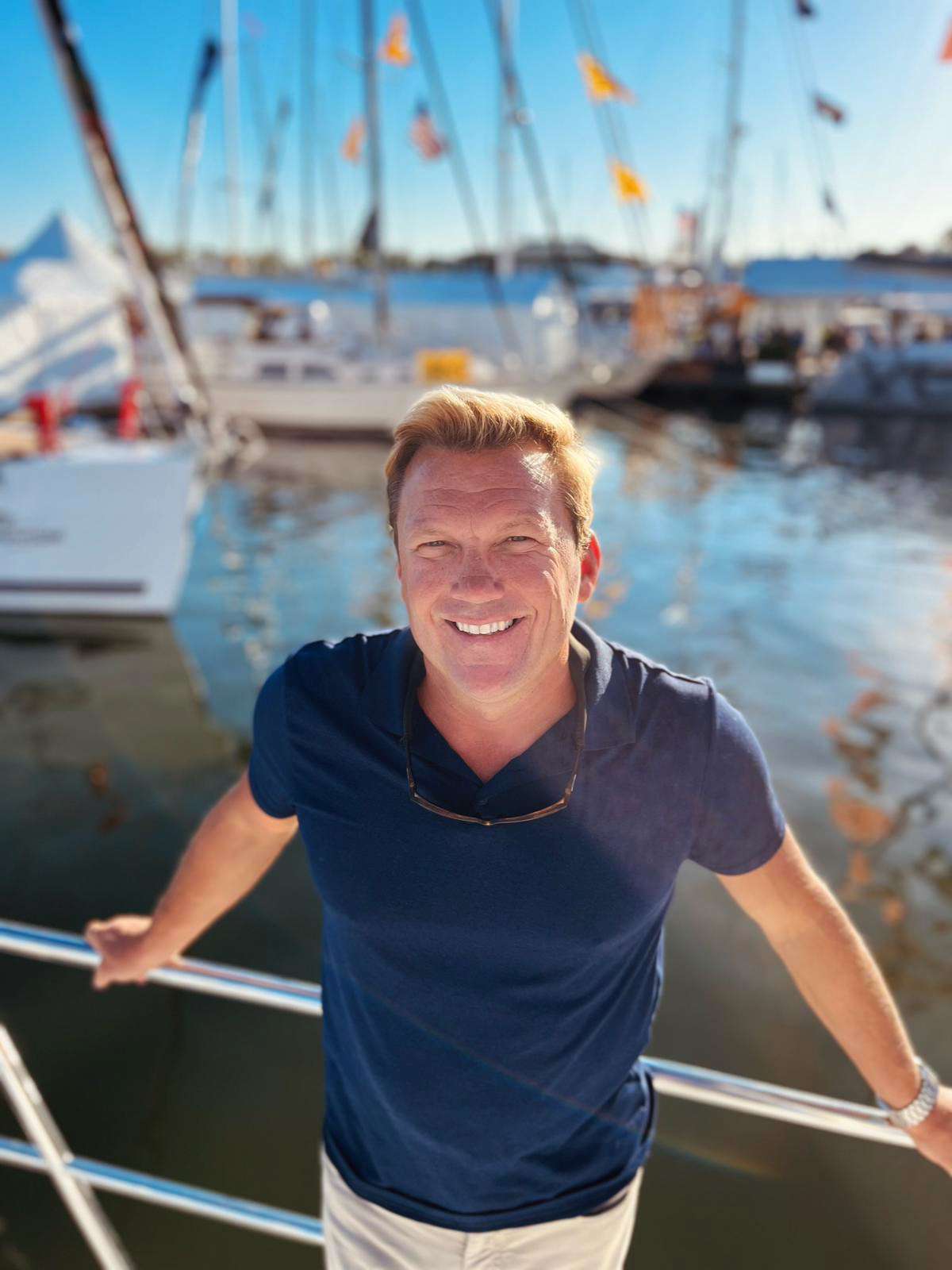 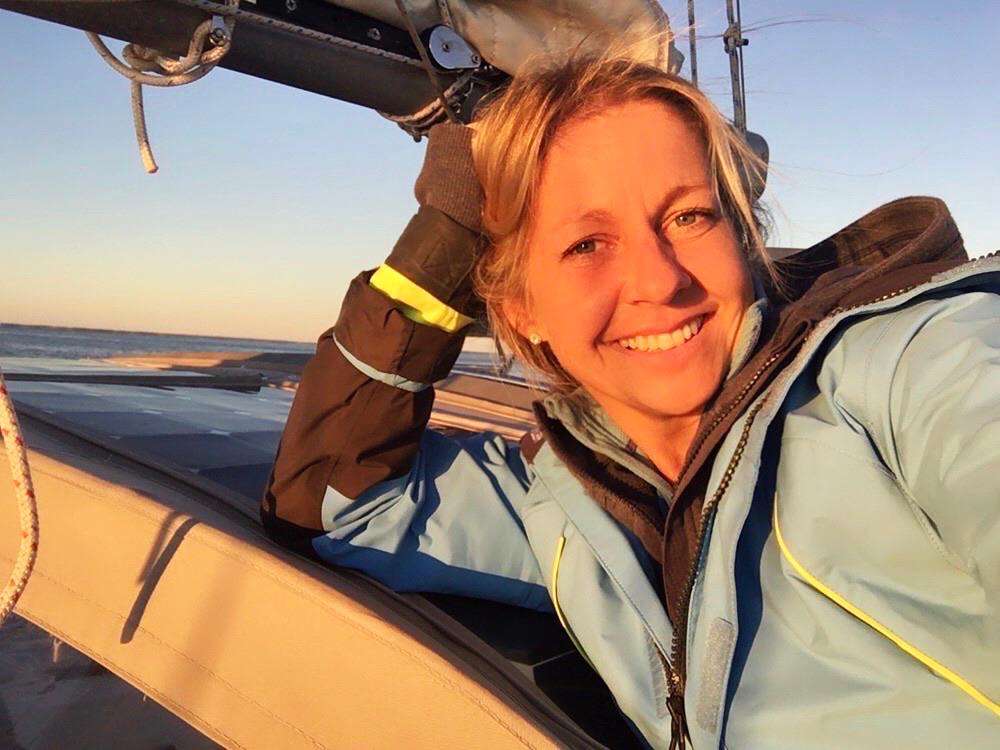 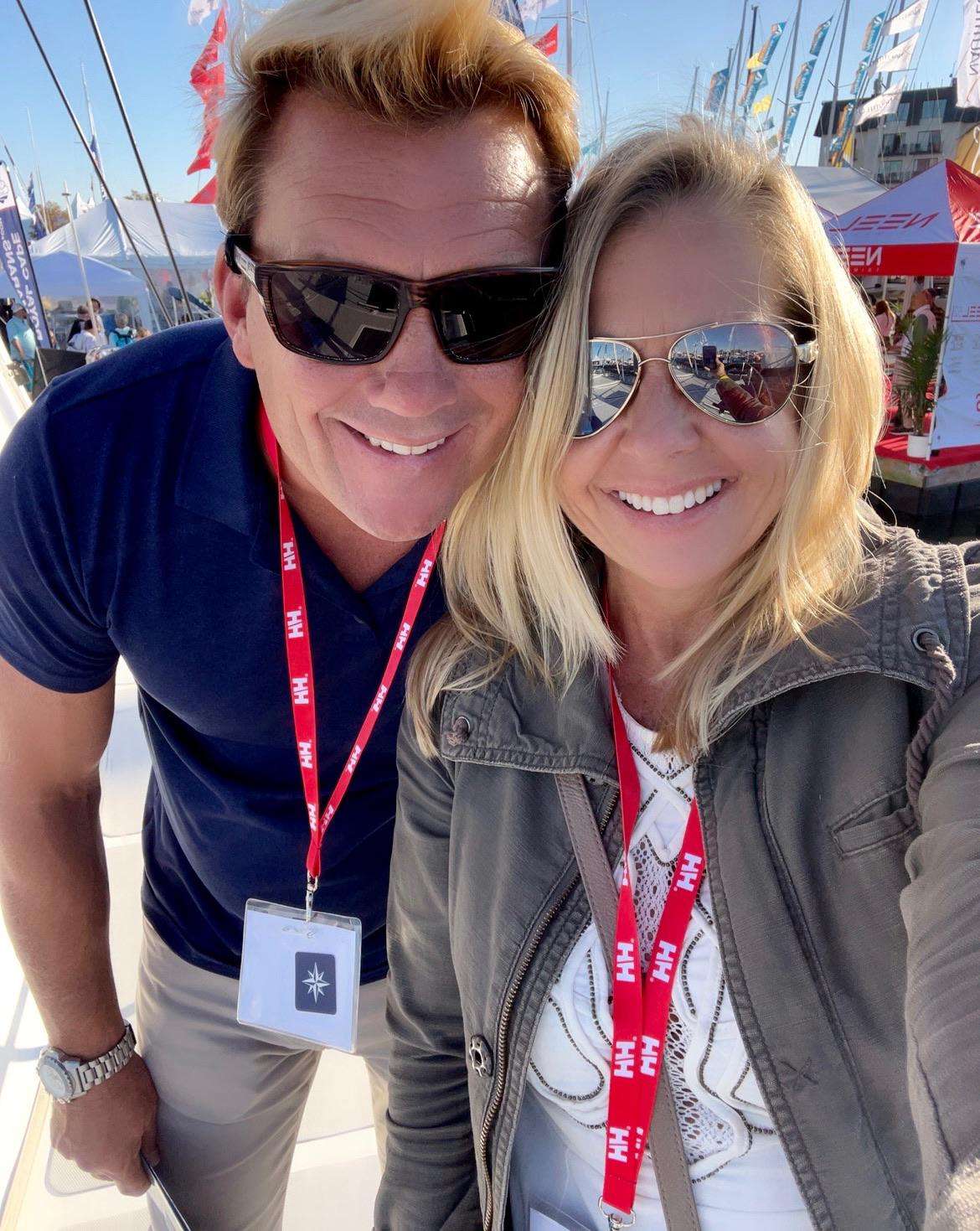 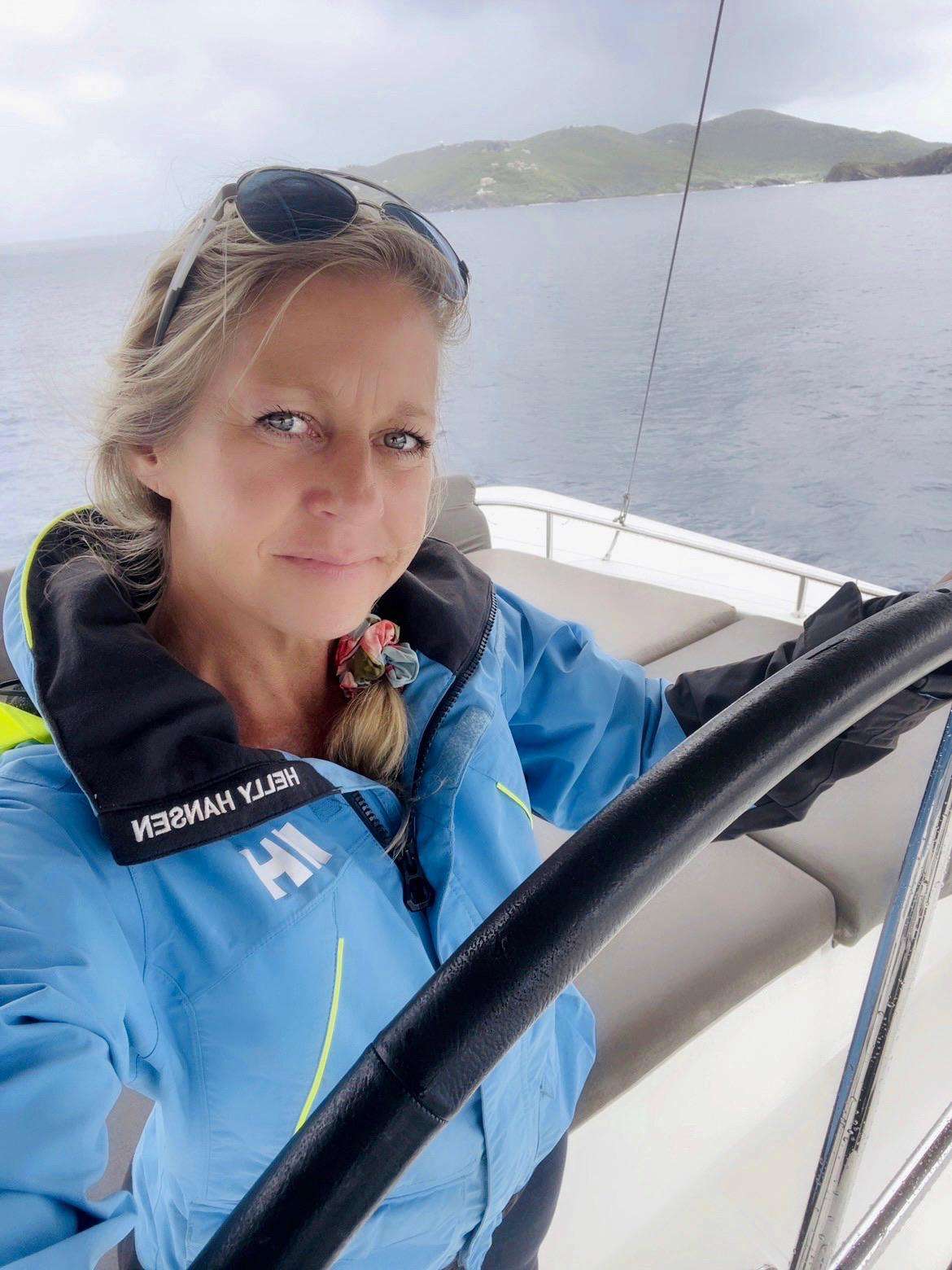 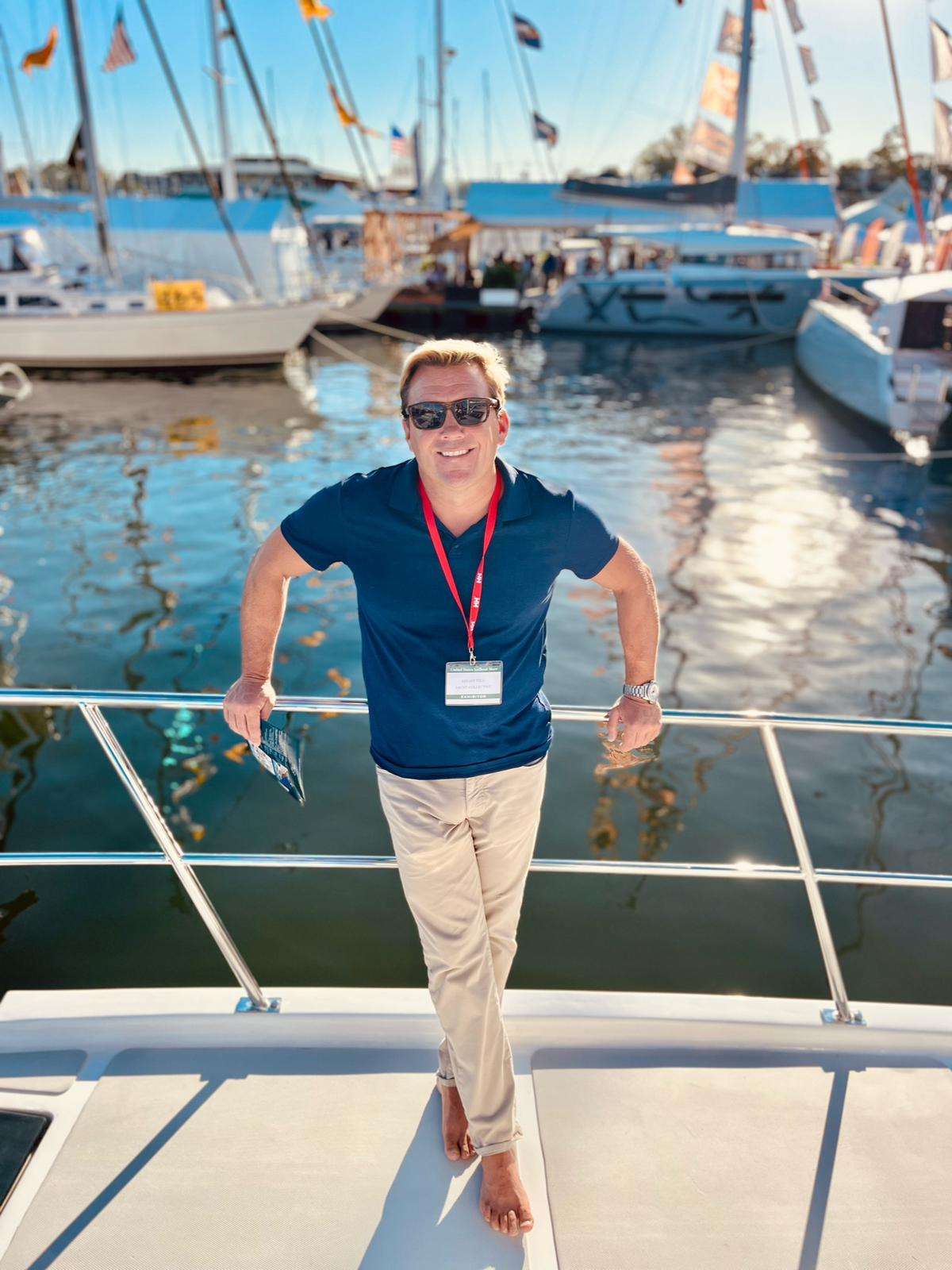 Jason was born just outside of Richmond, Virginia in Hanover County. Growing up, he loved being outdoors, spending time with family and friends, but always felt particularly drawn to the sea. The experience that solidified his love of sailing and for sharing memories together on the water began in Punta Gorda, Florida where at 19, he spent a week on a 32’ Hunter Sailboat learning to sail and completing his ASA 101-104 certifications. It was at this point he knew that he had a true passion for the sea and went on to join the U.S. Navy, enrolling in the “Quartermaster A-School”, an intense navigation curriculum. During his time in the Navy, he worked aboard the USS Dwight D. Eisenhower as an assistant to the navigator, sailing overseas and exploring both the Persian Gulf and Europe. Throughout this time, his love for the sea, sense for adventure and desire to travel only grew.

After Jason’s time in the Navy, he returned to his home-state of Virginia and started Captain Collier’s Seafood with his family where he was able to bring a little of the ocean he loved so much to his customers. Additionally, he started working as a Realtor. Throughout this time, he raised a son, now 26, worked the day to day, seeking adventure wherever he could, but always found his way back to the ocean.

In early 2022, ready for a life change, he decided it was finally time to fully pursue his passion and he made the move to the U.S. Virgin Islands, ready to take the helm as a captain of his own destiny and share his love of the sea and sailing with others. The USVI offers him the opportunity to enjoy the Caribbean's tropical blue waters and sunshine everyday while snorkeling with sea turtles and exploring the best coral reefs and dive sites. His goal as your captain is to to show you the wonders of the ocean and share with you this place that has captured his heart and soul.

Jason holds his USCG 50-ton Masters Captain’s license with sailing endorsement, his STCW, is CPR certified, ASA 101-104 certified and has clocked more than 1000 hours of sea time. He promises that safety for all guests on board is top priority as is showing everyone an amazing time on the water!

Chef Jennifer Sutton :
Jennifer is a fun loving, competent sailor with 5 sailing certifications, several bareboat charters experiences (from Vancouver to St Lucia), a handful of coastal boat deliveries (most in the northeast and usually as token navigator), and many years of recreational racing (mainly in the chaotic NY Harbor and Long Island Sound) under her belt, who has logged over 10,000 miles at sea. Originally from Michigan, one of 7 children, the eldest daughter, she learned to swim before she could walk and as a result was always comfortable in and drawn to, the water. Growing up in the Great Lake State, boating was a natural part of life. Cruising around the many local lakes, waterskiing with her siblings, fishing with her father, were commonplace but sailing was just something she’d seen in movies, witnessed from afar, a childhood dream she wouldn’t fulfill until moving to NYC in her 20s where, before moving to the Caribbean 4 years ago, she has spent most of her life.

While in NY, after a stint as a live-in nanny at which point she had decided to stay, she dabbled in corporate America (long enough to know she didn’t belong in an office), first as an Executive Assistant and later as an HR/Recruitment Specialist, until her love for film and photography led her to working on independent films and ultimately to pursuing a career as a Professional Photographer, which became her main focus.

It wasn’t until the one year anniversary of 911, upon meeting the chairman of the NYC Community Sailing Organization who had invited her to come out sailing in the NY Harbor to take photographs for the club, that her journey into sailing truly began. As the daughter of an electrical engineer, it did not take long to make the transition in mindset from casual recreational sailing while photographing along the way, to needing to understand how things work. By the following year, she had set out to acquire every certification offered by the American Sailing Association, she could, and by 2006 through multiple learning charter experiences throughout the Gulf Islands of Vancouver as well as the leeward islands of the Caribbean, she had obtained ASA 101-ASA 106. She is still waiting on someone to teach her Celestial Navigation, a course rarely offered these days with the inception of digital technology and GPS.

Throughout her 20s and 30s, with NYC as a base, Jennifer traveled extensively, worked at one of Manhattan’s top wedding/event photography studios, added a small jewelry business to her repertoire, and managed several home renovation projects and Airbnbs while also discovering an appreciation for good food and wine. Growing up in a large family, helping her mother in the kitchen and her father in the garden, developing a taste for cooking and a love for fresh food was second nature. But it was through international travel and living in NYC, a cultural melting pot of people and cuisine, that expanded her palette for interesting, creative dishes and sparked her desire to build upon her own culinary skills and experiment with flavors, which heightened her joy of cooking.

In 2018, Jennifer was ready for her next adventure. Her undeniable love of the water led her, first, to pursing a position as a yacht broker in southern Massachusetts and ultimately, to the USVI to pursue an unexpected crew opportunity which arose in December 2018. An opportunity to not only ‘Crew” on a sailboat charter, but to also play “Chef” and she hasn’t looked back. This is her 4th season as a Charter Chef. Working mainly in the USVI, she has also chartered throughout the BVI and the Bahamas. Sailing embodies all the things Jennifer loves most about life; being on the water, close to nature, going with the flow, and the exploration of off-the-beaten-path places. Working as a Charter Chef has proven to be the perfect blend of her acquired life skillset and enables her to do the things she loves most; hosting, itinerary planning, and making others happy through shared experiences and food. She enjoys sharing this passion with others and says that nothing makes her happier than hearing from a charter guest that she has helped them fulfill a bucket list adventure they will never forget.

Jennifer holds ASA certifications 101-106, her STCW, CPR, several navigation licenses, and is currently pursuing her USCG Captains license. She divides her time between the USVI and Vieques, PR where she continues to hone her mainly self-taught culinary skills as well as cultivate personal photography projects.

SLEEP ABOARD: Sleep aboard the night before charter dates. Available for $400 per cabin, with a 3 cabin minimum. Includes boarding after 4pm, welcome cocktail and canapes plus a light breakfast the next morning. Dinner is to be taken ashore at client expense.

Copy link below & paste into browser to submit waiver:
https://bit.ly/cyawaiver

Thank you so much for a wonderful week sailing the islands! This was our first trip and we had such a wonderful time that we will most definitely do again! The pinnacle of the trip was the romantic evening finalized on the last night – You pulled together a giant event to celebrate our friendship! Memories – what a great time! From tricky challenges to snorkeling to dance parties on the fly deck, this will be a vacation to remember!

Captain Paul and Chef Briley, Wow! What an amazing week! This was the best trip ever! Thanks for creating so many for special memories for us – unique stops, morning runs, delicious meals, beautiful sails, festive cocktails, unforgettable sunset views, a romantic happy hour on the beach, and so much more. This was a trip we will treasure forever!

Captain Paul and Chef Briley, Thank you for an amazing week! I just wish I could celebrate my 50th birthday every year :) Your attentiveness to every detail, your willingness to help with a party and the beach 'tin cup' night are so appreciated. Thank you for everything you did to make this trip with friends so special!

Captain Paul and Chef Briley, Thank you for an amazing week! I just wish I could celebrate my 50th birthday every year :) Your attentiveness to every detail, your willingness to help with a party and the beach 'tin cup' night are so appreciated. Thank you for everything you did to make this trip with friends so special!
Website content, text, & images Copyright © 2022 Virgin Islands Charter Yachts and its partners. Reproduction in whole or in part is prohibited without written approval. Virgin Islands Charter Yachts is an American Veteran Woman owned and operated company.