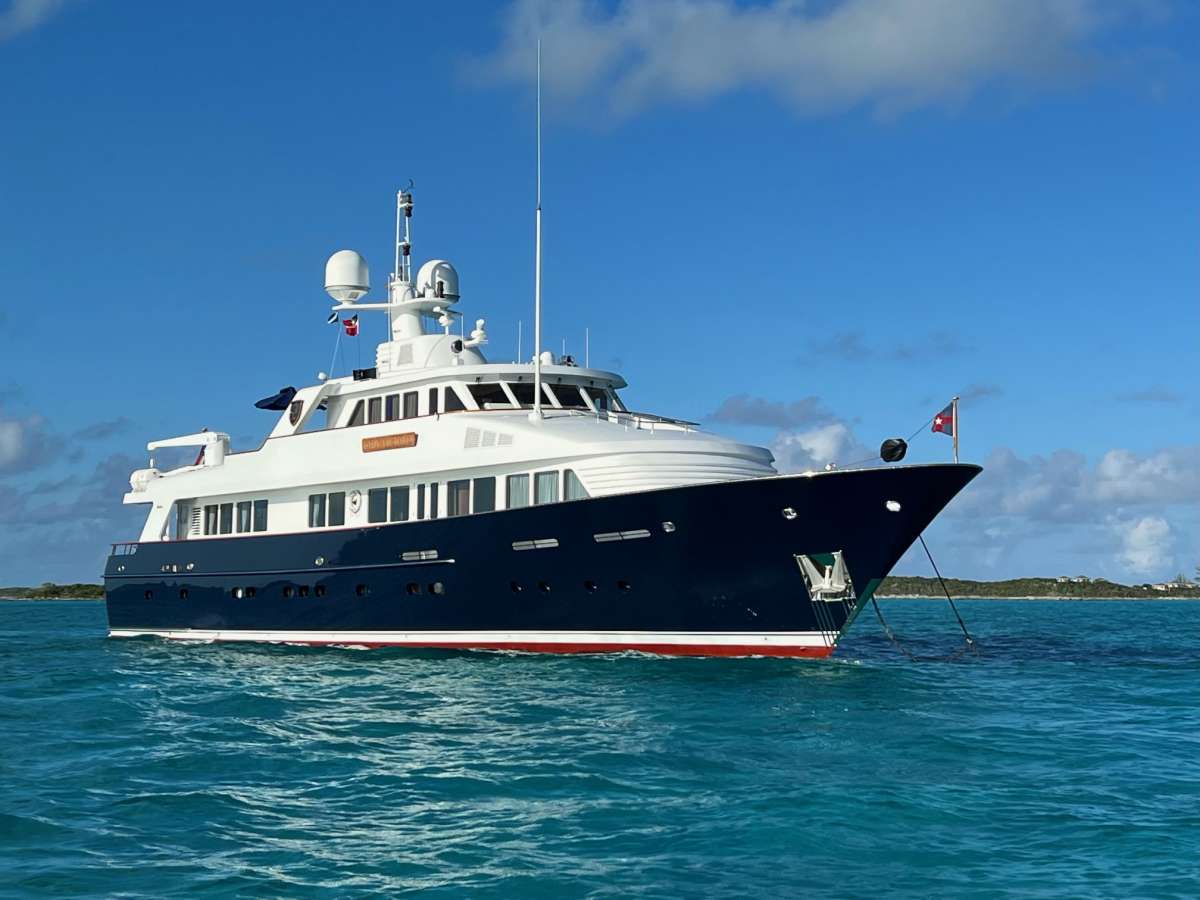 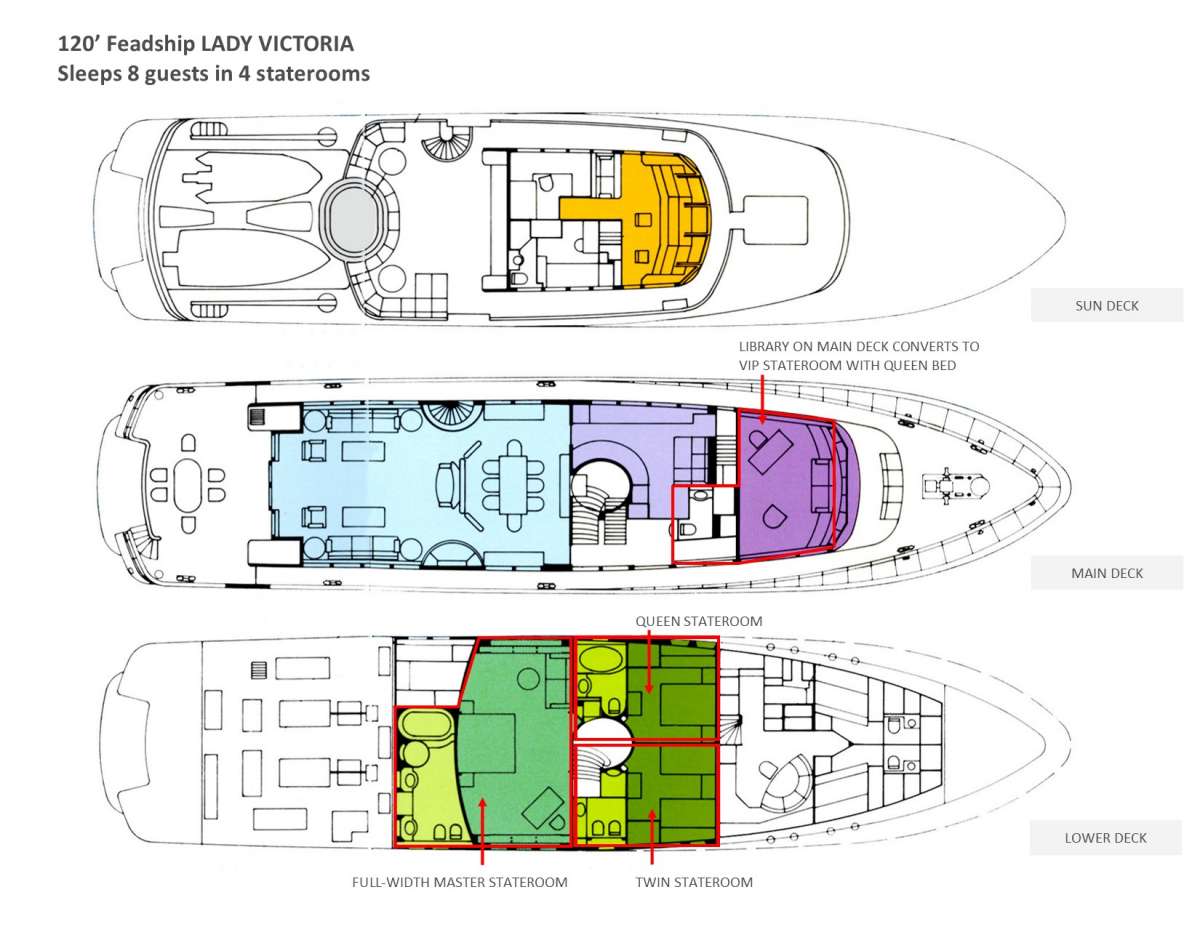 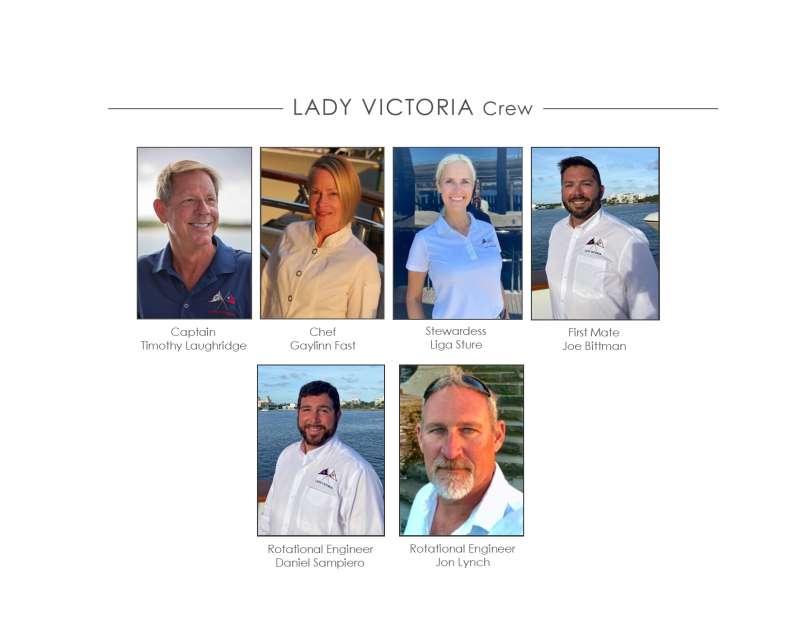 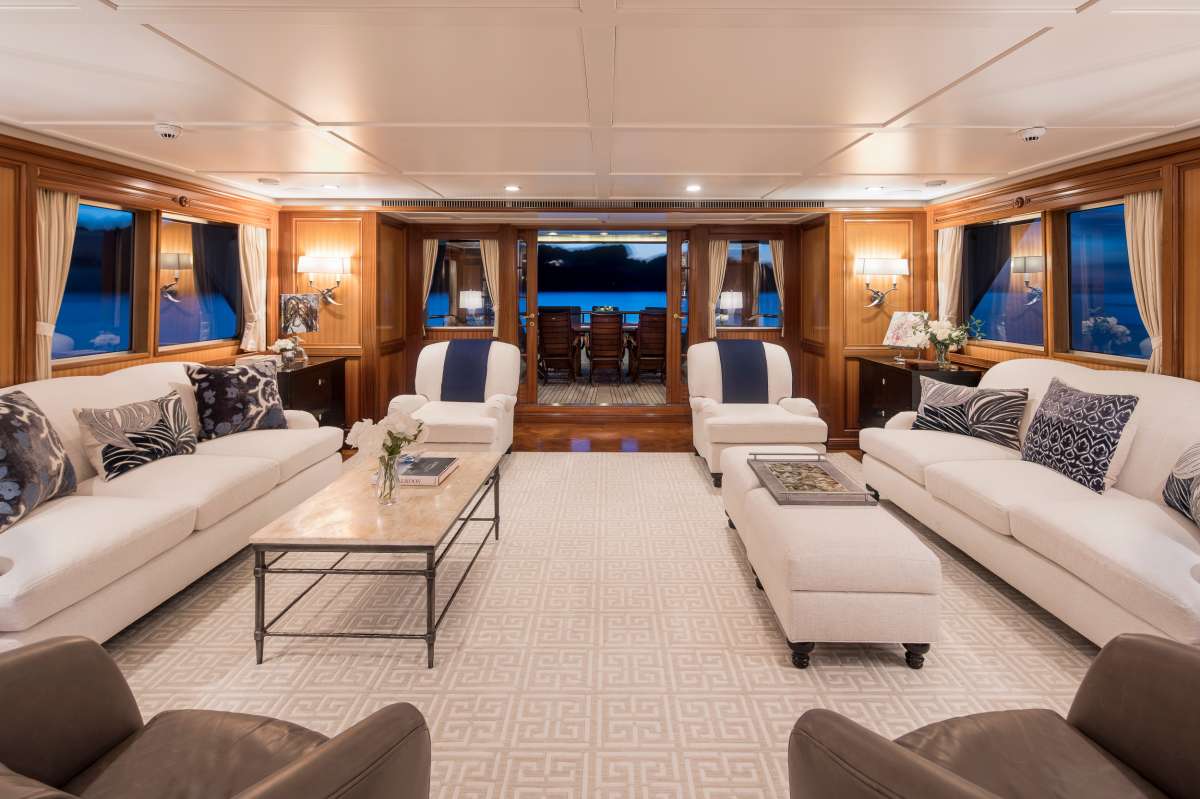 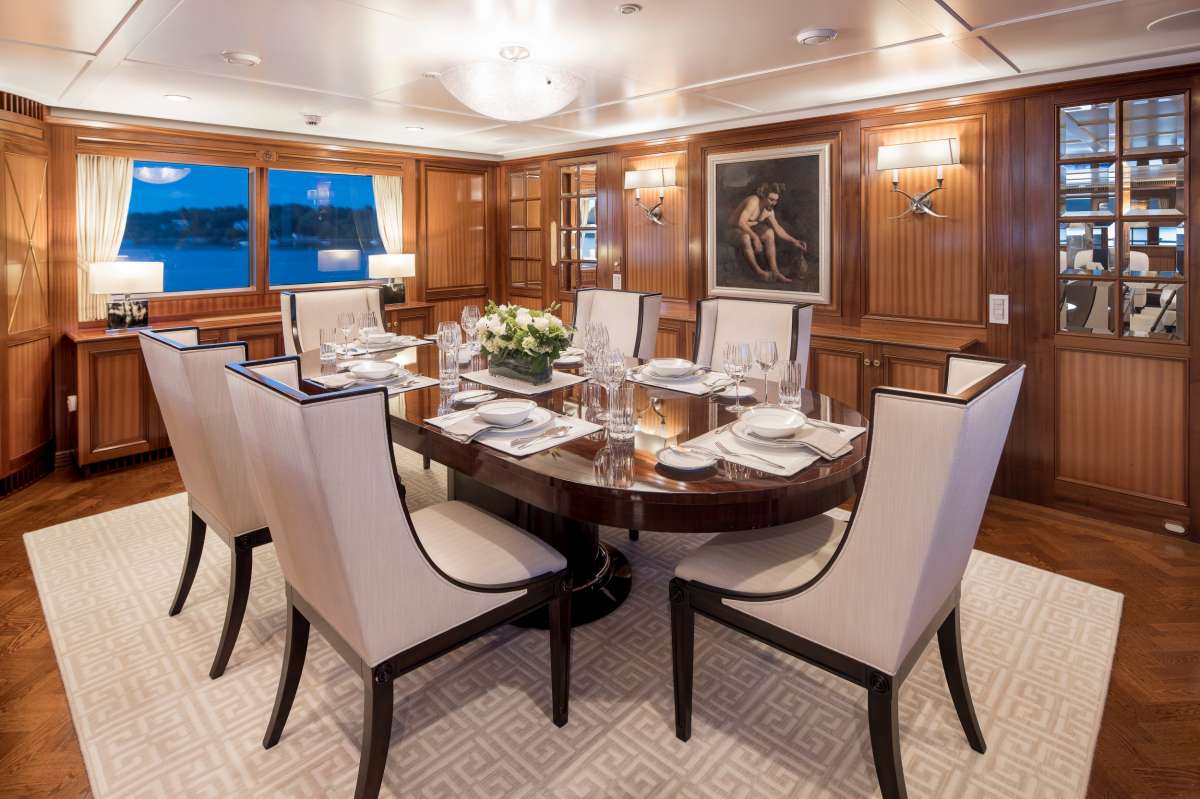 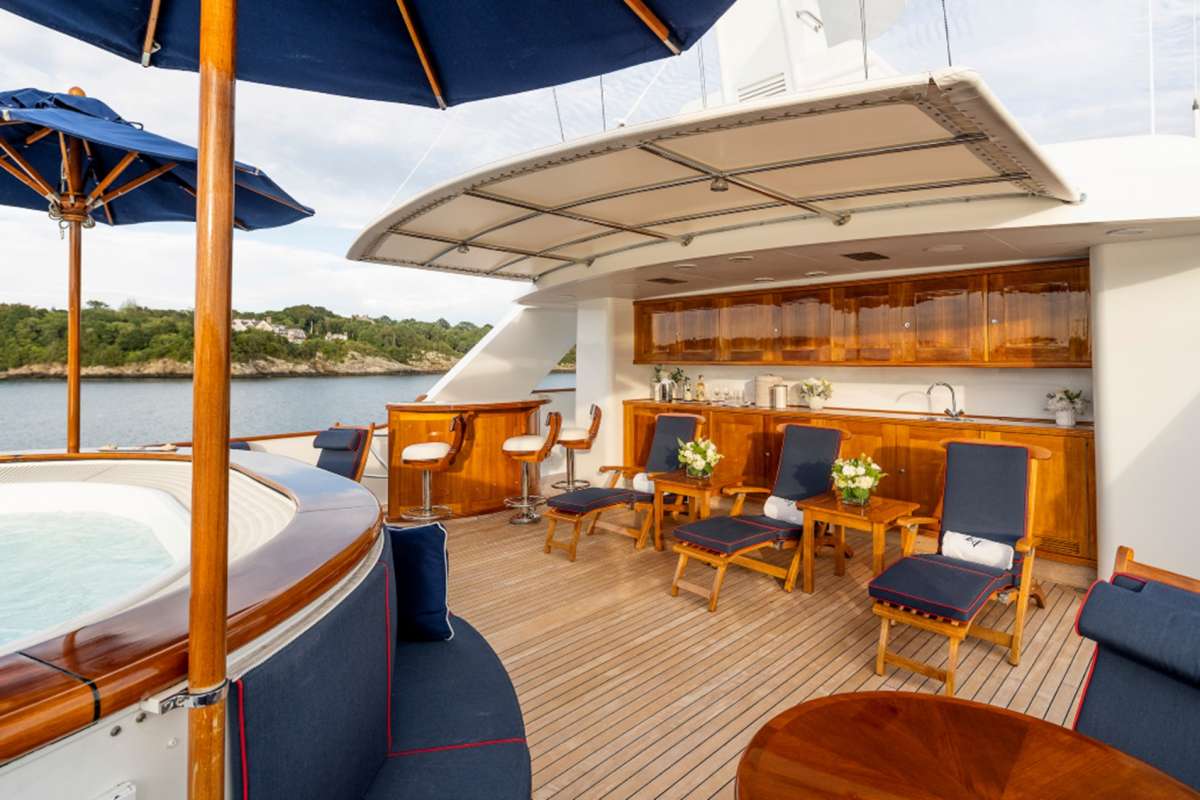 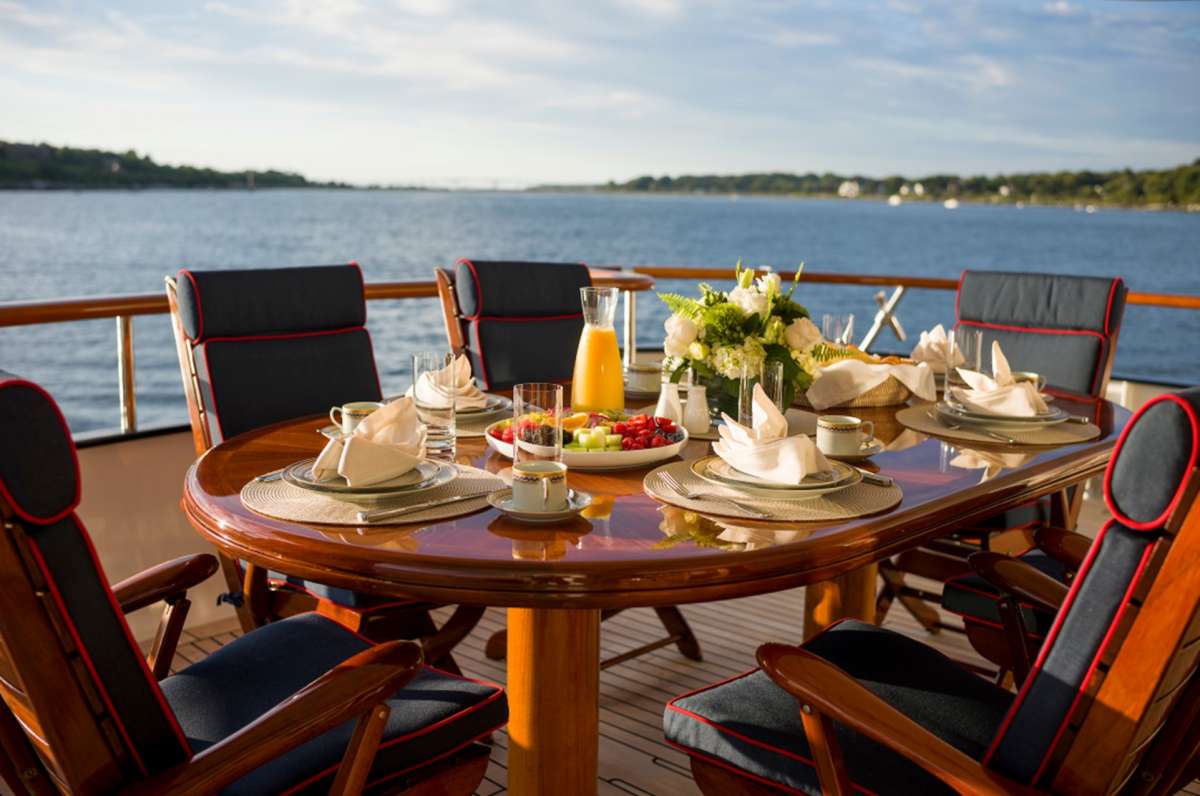 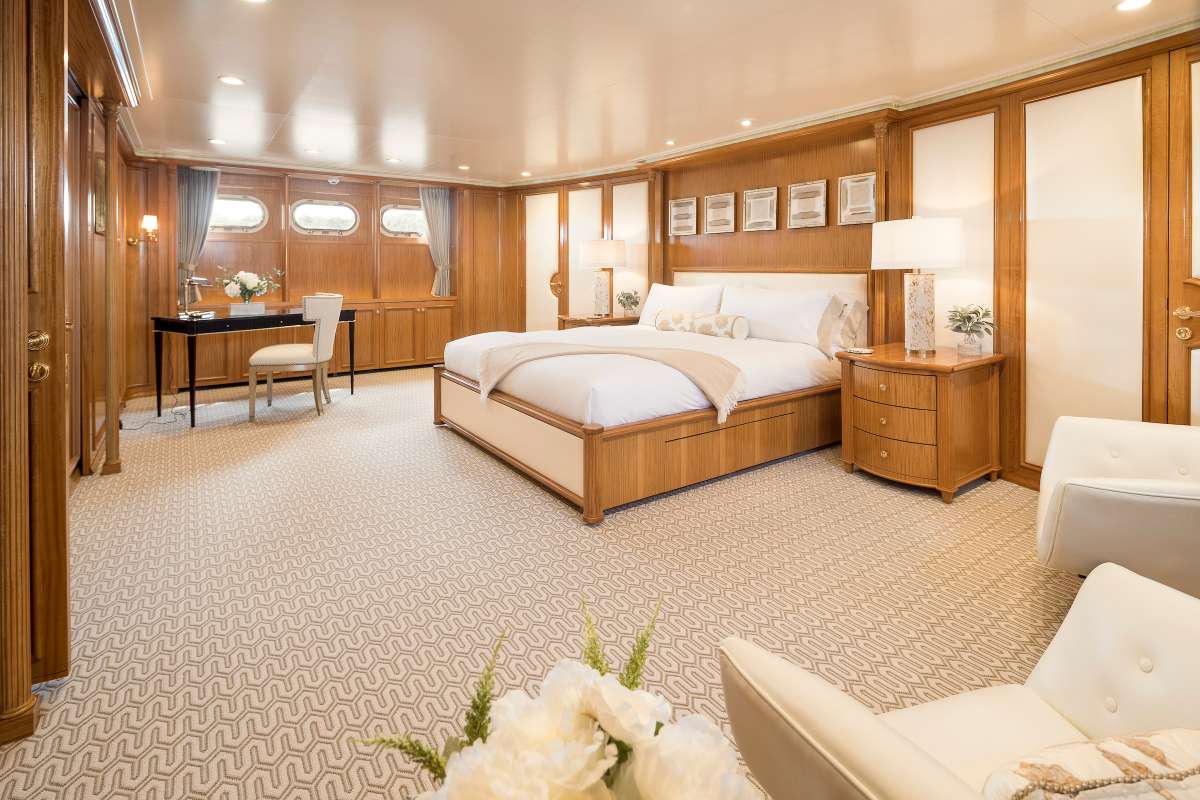 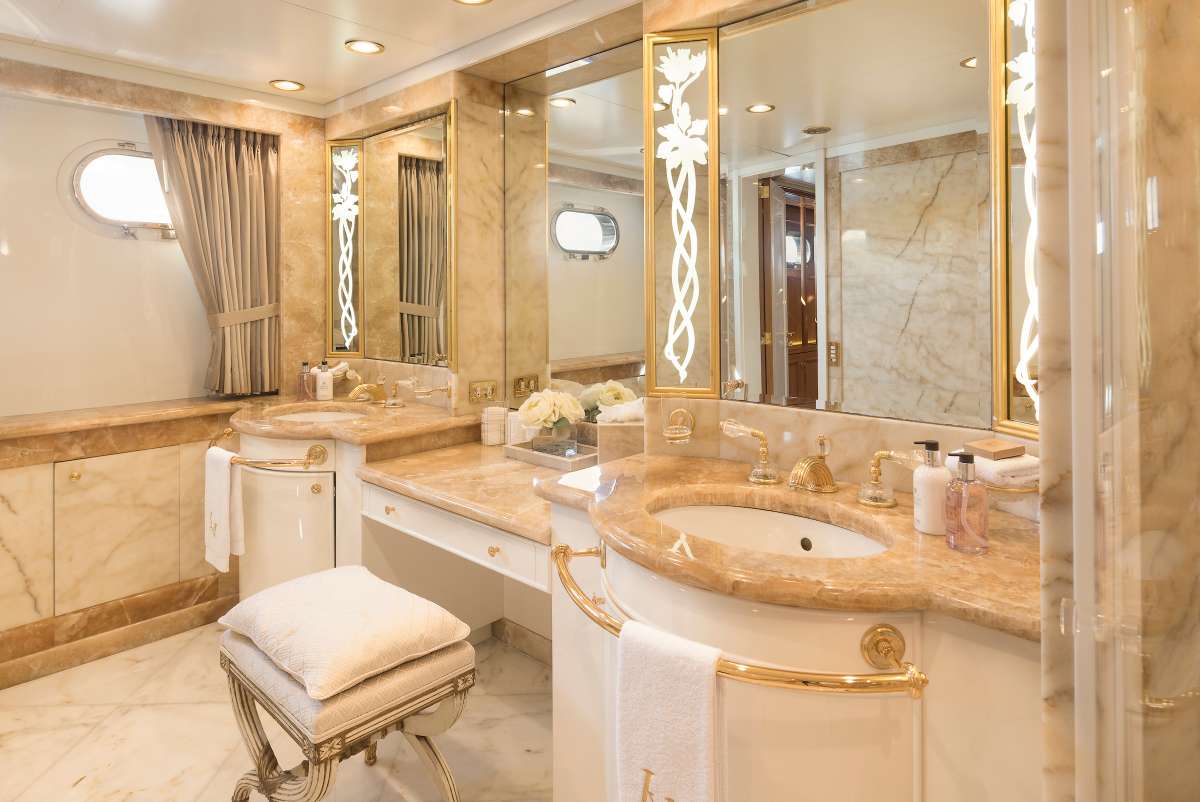 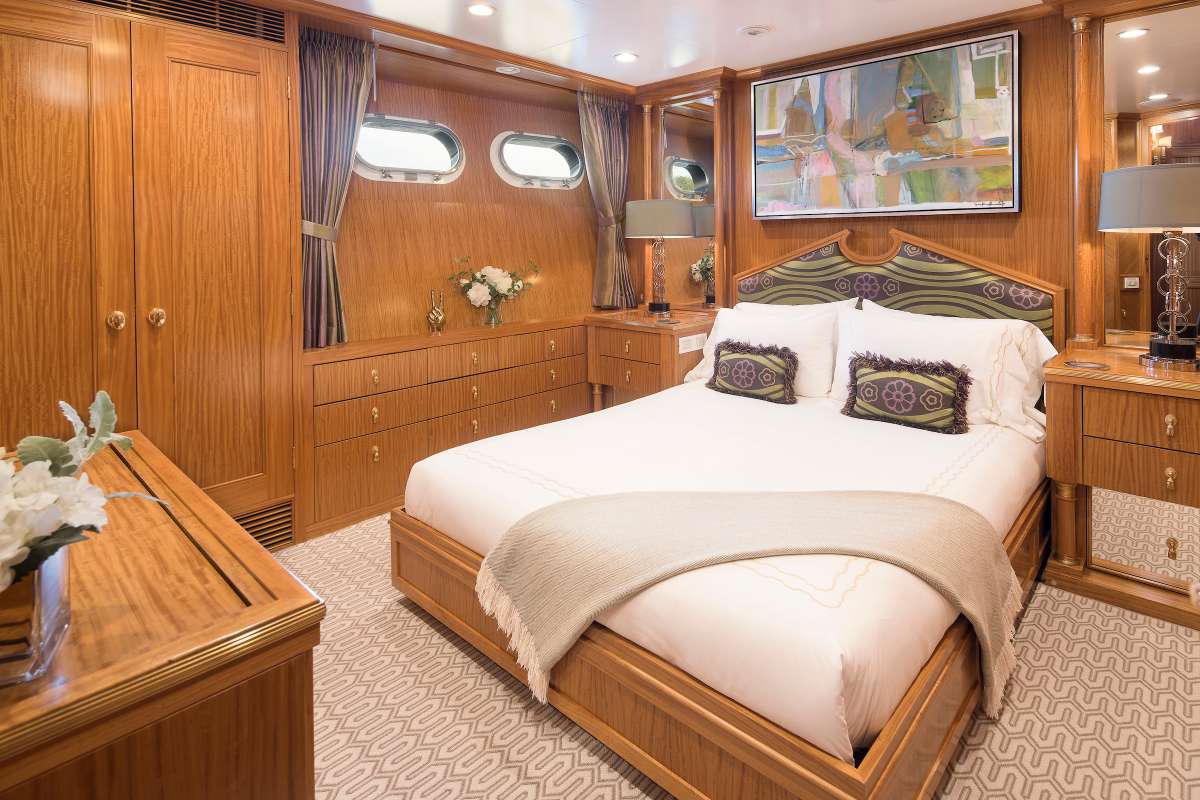 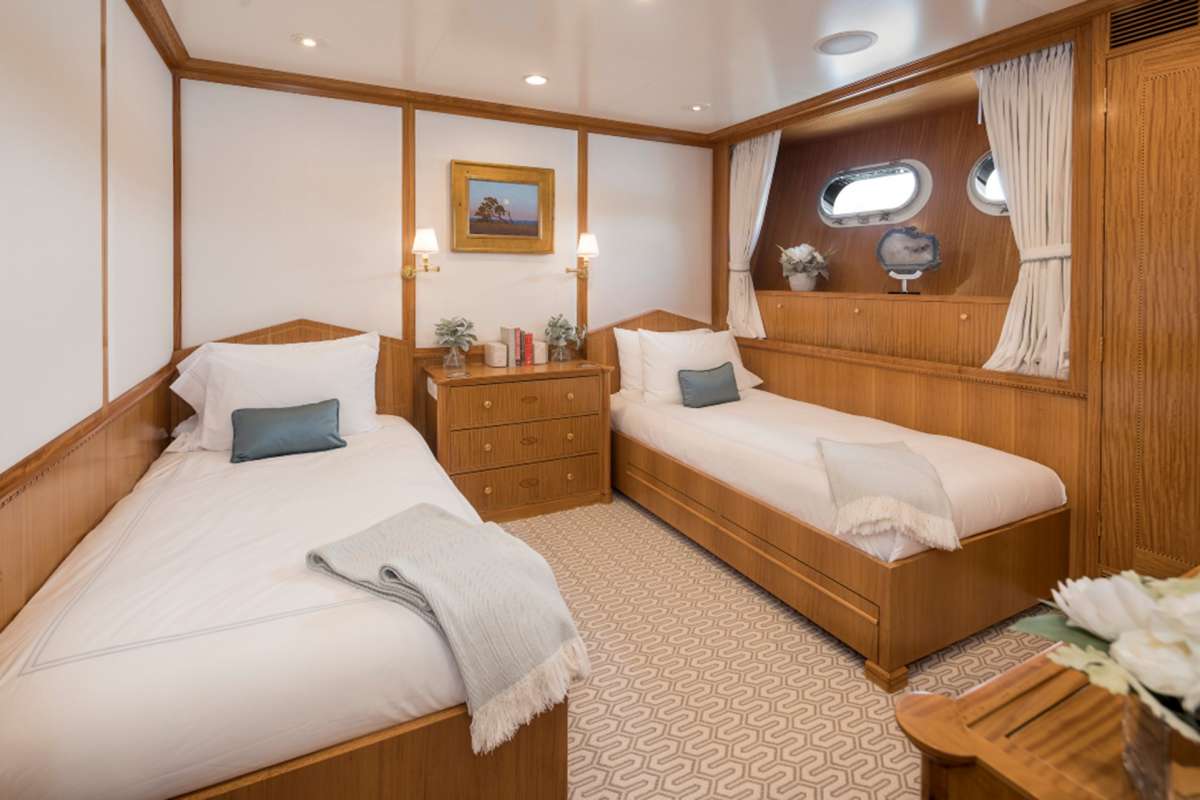 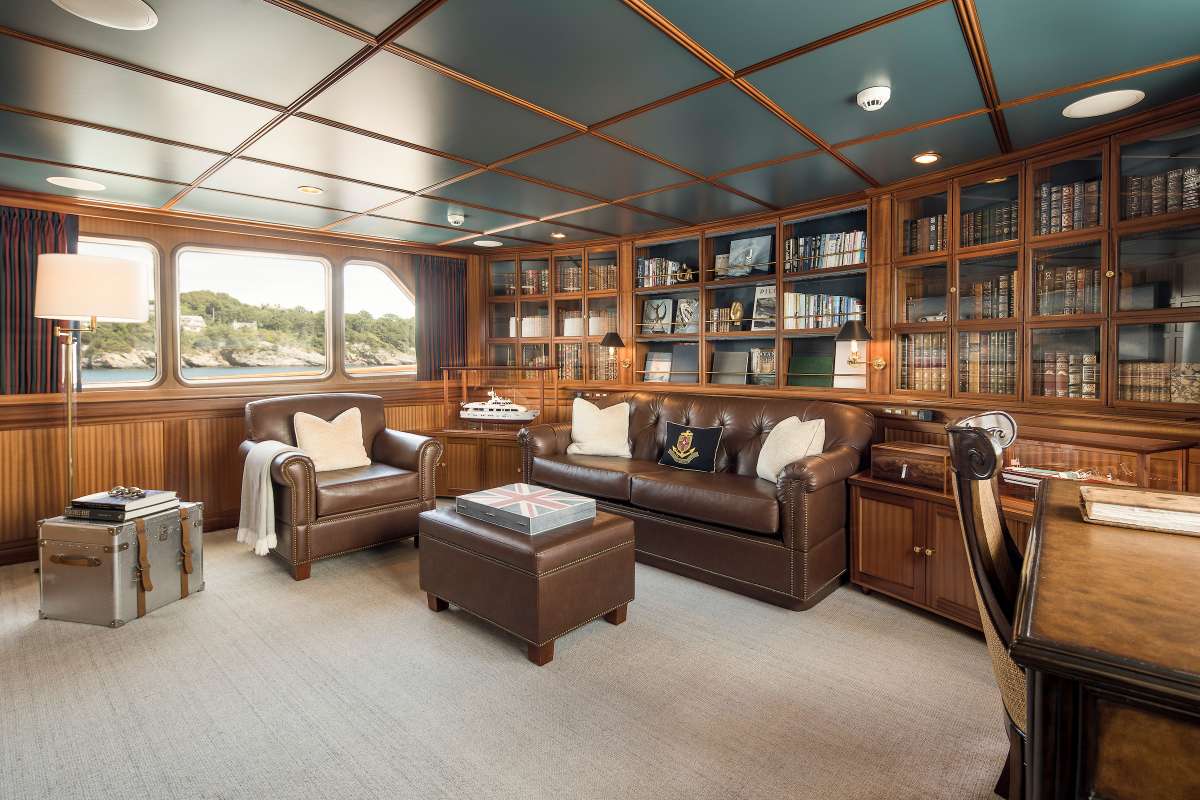 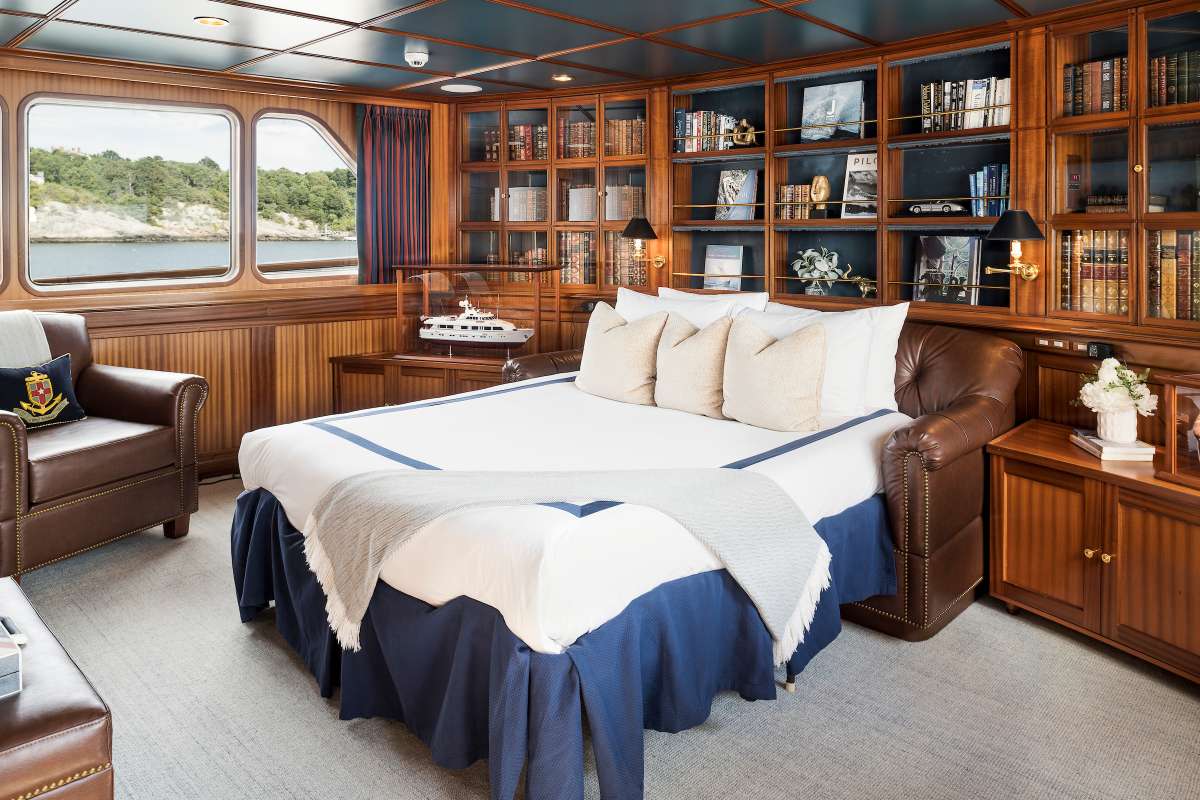 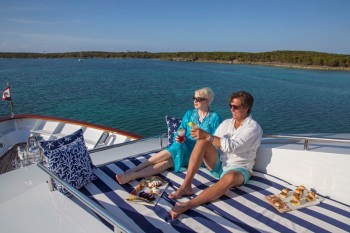 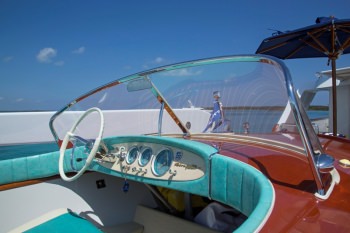 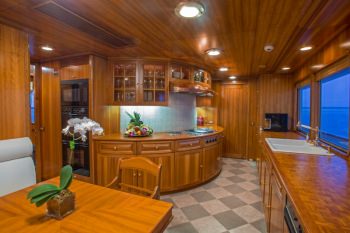 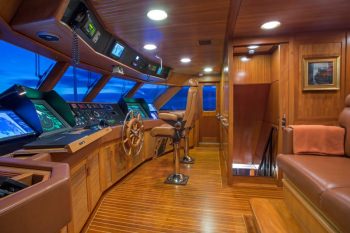 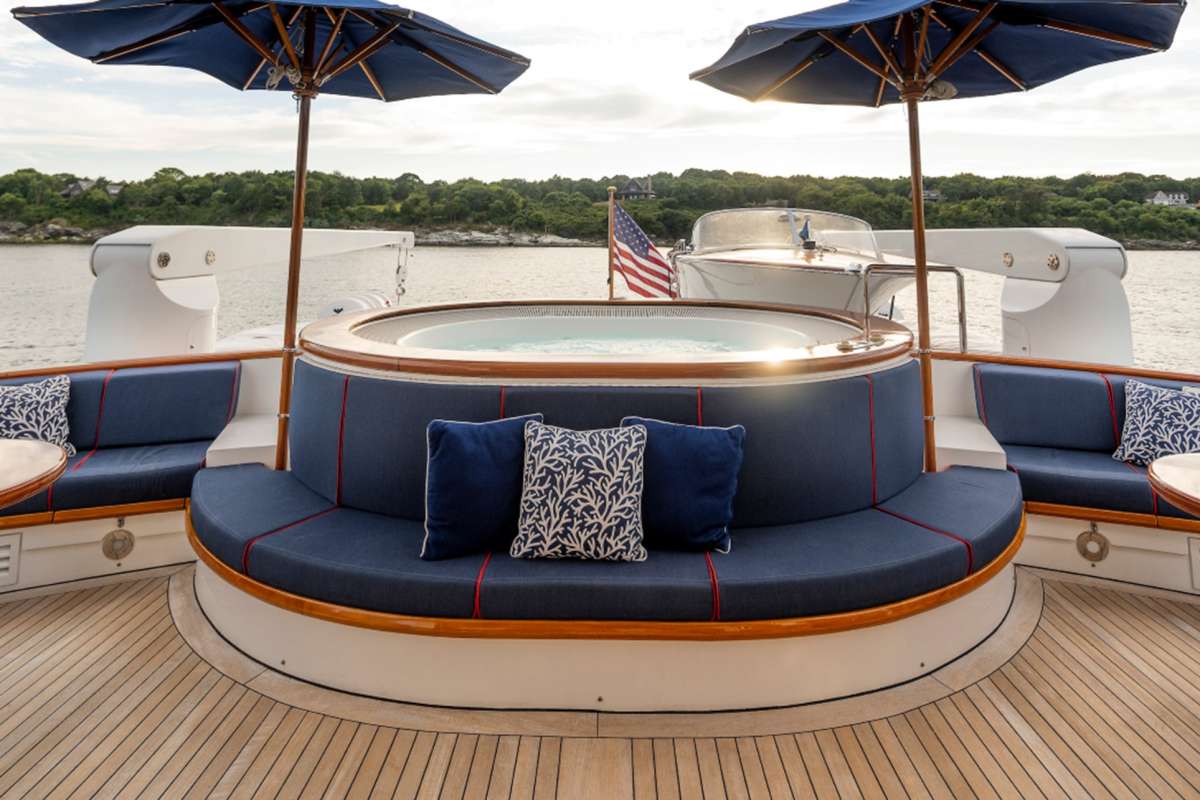 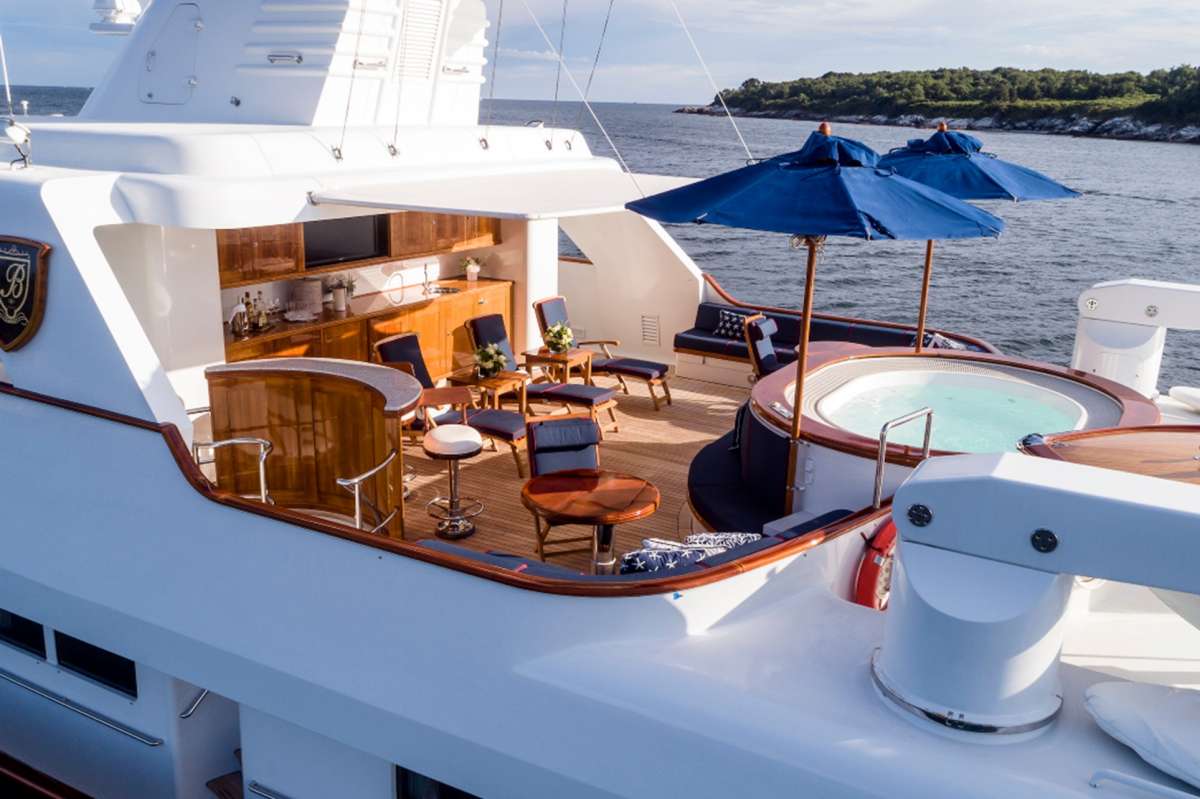 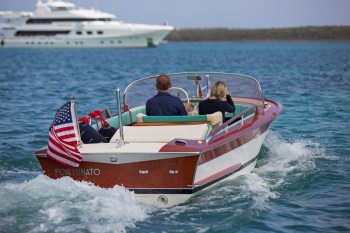 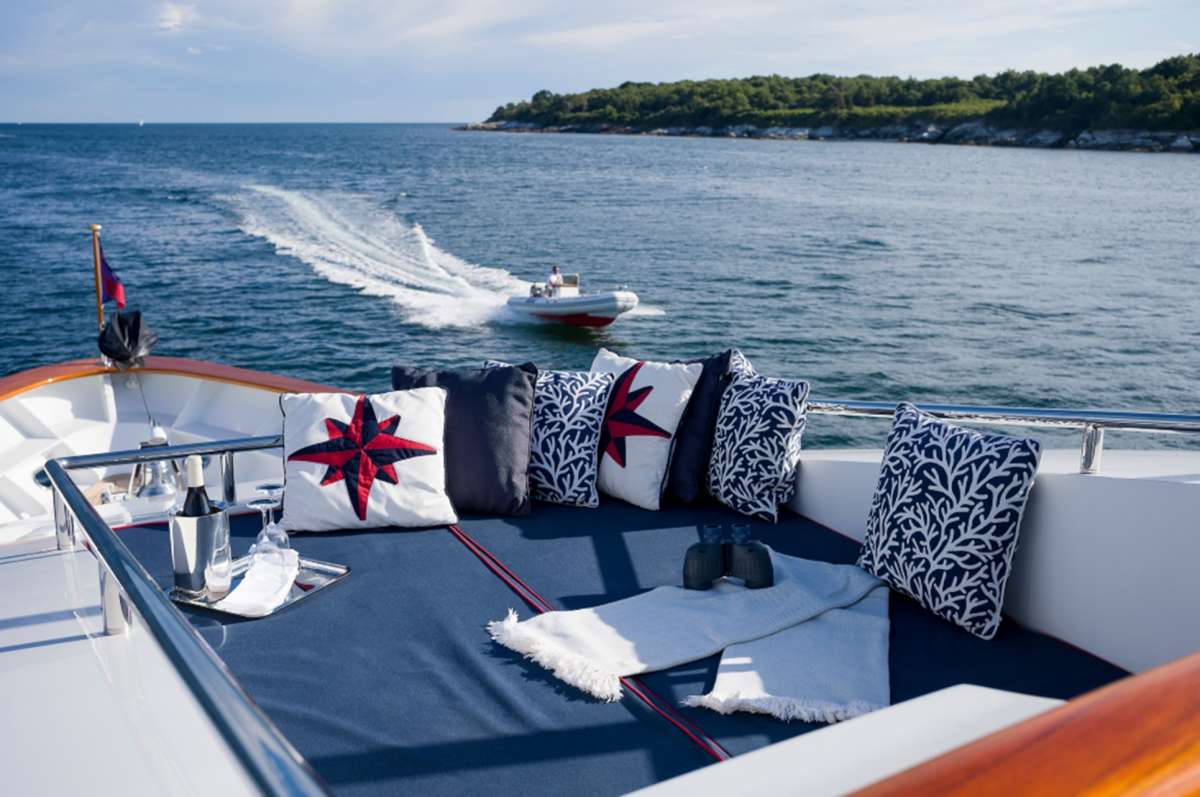 Captain Timothy Laughridge
A “captain’s captain,” Timothy has more than three decades of professional experience and holds a U.S. Coast Guard 1600/3000 gross tons Master’s license. Timothy has logged more than 300,000 sea miles, done multiple transatlantic and transpacific crossings, and completed two global circumnavigations. He has captained numerous large vessels—both sail and power—competed in prestigious regattas and offshore races throughout the world, and overseen the construction or major refit of a variety of yachts. Additional accomplishments include being one of the founders of the high-profile Bucket Regattas in Newport (originally in Nantucket) and St. Barth’s. When not in command of LADY VICTORIA, you may cross his path around the globe participating in the many Superyacht regattas. Hailing from New England, Timothy is very familiar with the cruising grounds spanning from Nova Scotia to as far south as Key West. He has had many successful charters over the years in Florida, the Caribbean, and the Bahamas. During the 7 years that Timothy has been working with LADY VICTORIA's owner, he has garnered a reputation for keeping his boats in impeccable condition both in the guest areas and below deck. Timothy was instrumental in sourcing the newer larger “LADY VICTORIA “ and overseeing the new upgrades. Captain Timothy brings together an experienced, professional, compatible, and fun-loving crew, and with Timothy's creative and energetic flair for entertaining, the crew of LADY VICTORIA aims to exceed the expectations of the most demanding clients.

Chef Gaylinn Fast
Chef Gaylinn Fast has been a chef on both private and charter yachts for the past five years, including M/Y CHERISH II and M/Y GO. Gaylinn’s previous career was in the hospitality industry: she owned a successful boutique bed and breakfast for over 10 years in Litchfield County, Connecticut, as well as an event and catering company where her clients included Chanel, Ivanka Trump, Martha Stewart, Museum of Modern Art, Victoria’s Secret, and Fine Cooking. Gaylinn has worked for and with many celebrity chefs, was a chef and food stylist for Better Homes & Gardens, and is a graduate of PLANTLAB Culinary. Gaylinn has traveled extensively and creates dishes that reflect those experiences. She is especially fond of Mediterranean and garden-to-table cuisine, and her specialties on LADY VICTORIA include seasonal freshly pressed juices, farm-to-table, plant-based, raw, gluten-free, scratch foods, hors d’oeuvres, and baked goods.

Stewardess Lucia Del Prete
Lucia was born and raised in Framingham, Massachusetts and spent her summers on Cape Cod, where her love for the ocean began. Lucia graduated from Johnson & Wales University with a degree in Hospitality and Business Management. After working at the Lauderdale Yacht Club for many years, she turned to yachting and has been loving her career ever since. She has previously worked on 86’ M/Y ENTERPRISE, 126’ M/Y VISTA BLUE, and 122’ M/Y ANDIAMO. In her free time she enjoys exploring beaches, traveling, fishing, diving, cooking, exercising and riding horses.

Engineer Pearson Adams
Pearson started his yachting career in 2006 cruising the southern Caribbean on a sailing yacht eventually moving to power yachts as a deckhand. Raised in Oklahoma with a love for engineering and mechanics, he found that there was a need for both in yachting. In his career, he has worked throughout the Americas, Caribbean, and sailed the Galapagos Islands. His interests include scuba diving, fishing, and golfing.

First Mate Jacob Mokaba
Jacob grew up on the surrounding waters of the state of R.I. Since his childhood he has always been associated with the marine environment. His summers he would play in the waters of Narragansett Bay, fishing or just exploring the bay and local islands. In addition to his passion for the water he has worked full time for many years with the prestigious Wickford Brewer Yacht Yard Marina. Here he gained the required many skills to advance to a high level Yachting Mate position. Jacob holds a 100 ton USCG captains license to compliment his all round duties on board. A great water sports enthusiast, he’s always eager in helping the guests with water sports and exploration activities.