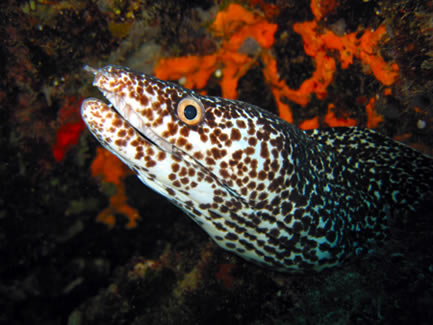 Just between Spanish Town and the Baths is a shallow shoal of a reef with pillar coral formations, shy schools of French grunts and moray eels tucked under ledges. It's not a large site, but a slow circumnavigation and thorough exploration of the reef should use up a tank. The Aquarium is rather densely textured with lots of rocks and boulders piled up on one another creating a network of small grottos and dens filled with fishes. Sergeant majors, blue tang and chromis fill the mid-water region. Sponges, fire coral and various crawling invertebrates cover the rocks. Nurse sharks can be found napping under the larger ledges.